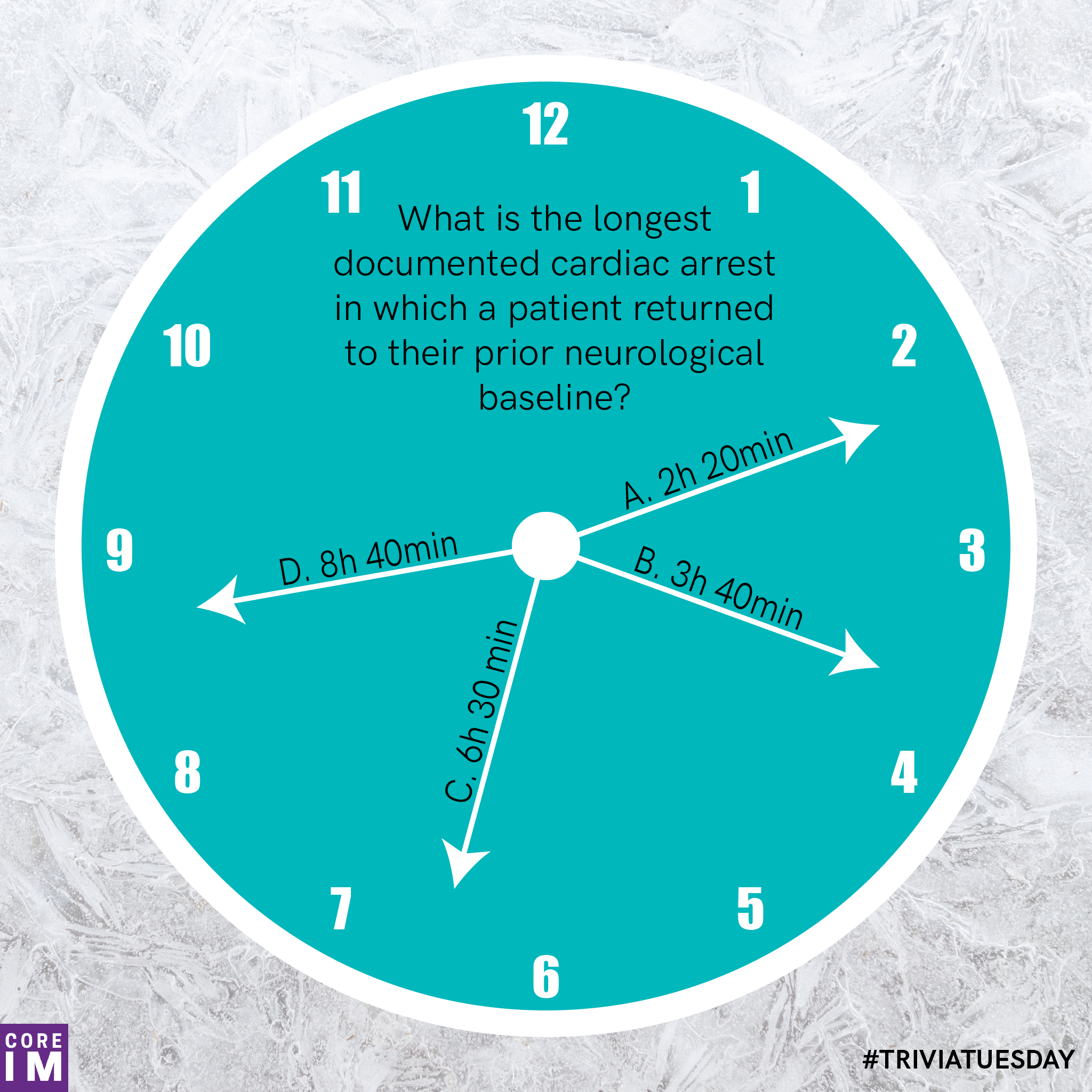 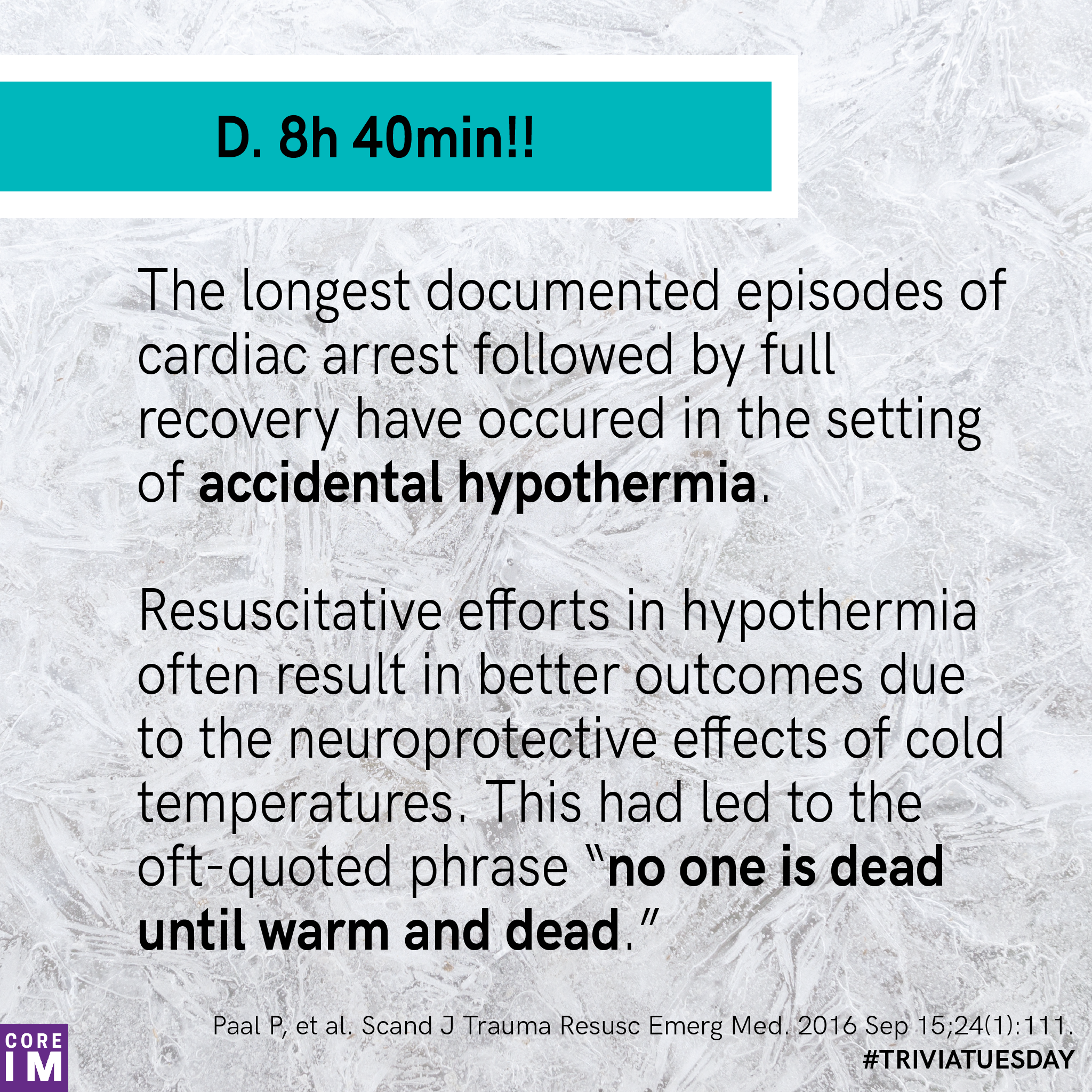 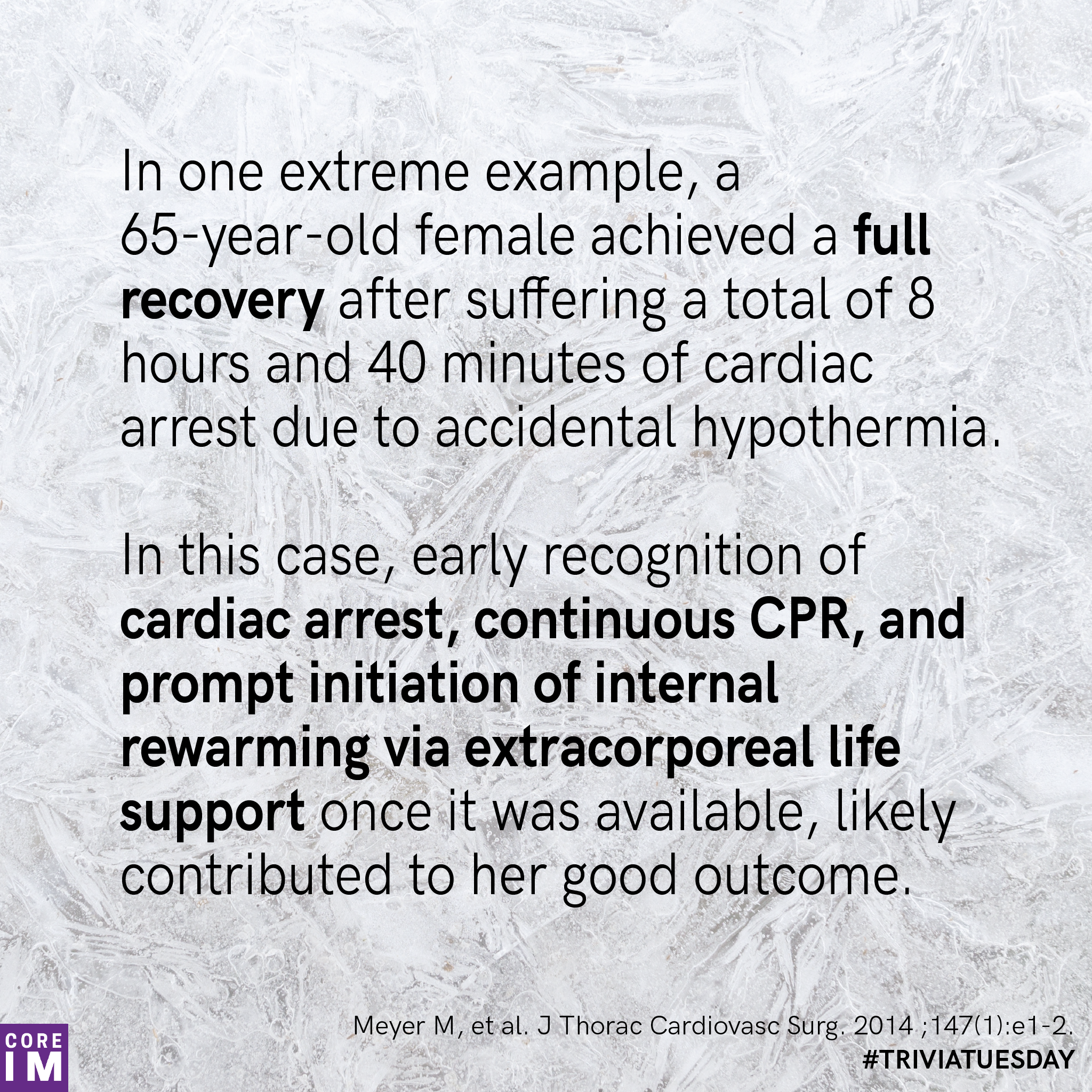 Slide 2: D> 8h 40min!! The longest documented episodes of cardiac arrest followed by full recovery have occurred in the setting of accidental hypothermia. Resuscitative efforts in hypothermia often result in better outcomes due to the neuroprotective effects of cold temperatures. This had led to the oft-quoted phrase “no one is dead until warm and dead.”

Slide 3: In one extreme example, a 65-year-old female achieved a full recovery after suffering a total of 8 hours and 40 minutes of cardiac arrest due to accidental hypothermia. In this case, early recognition of cardiac arrest, continuous CPR, and prompt initiation of internal rewarming via extracorporeal life support once it was available, likely contributed to her good outcome.