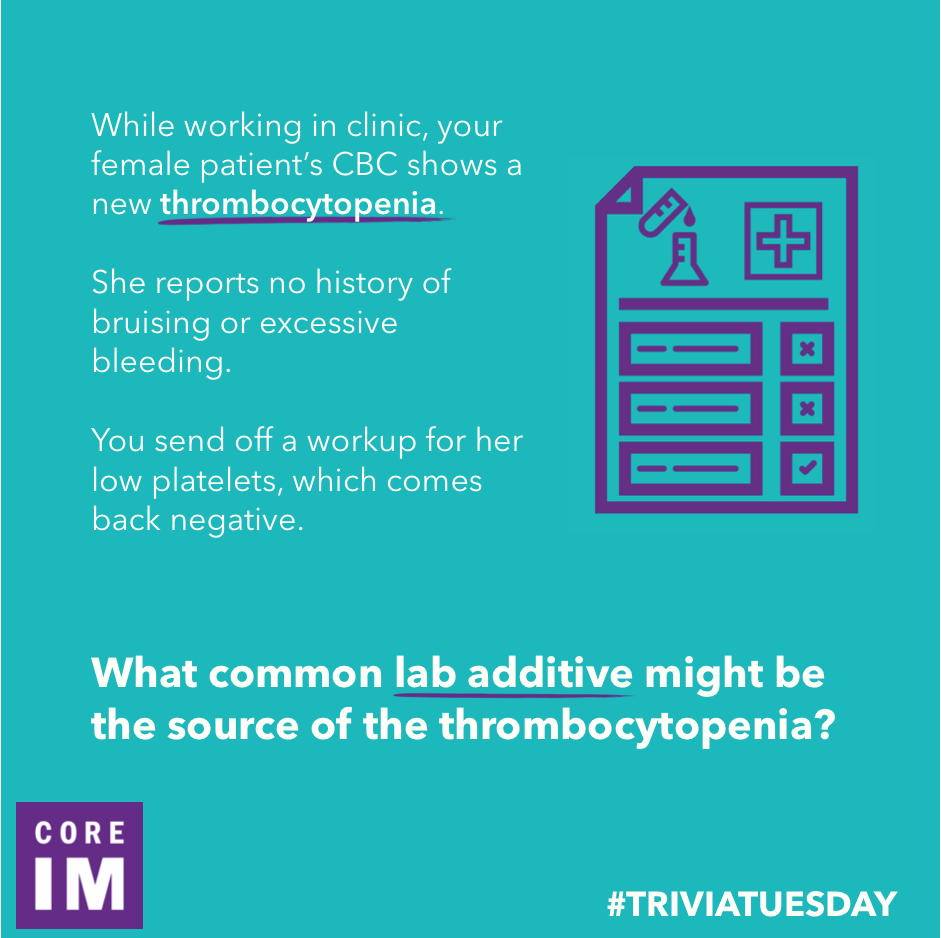 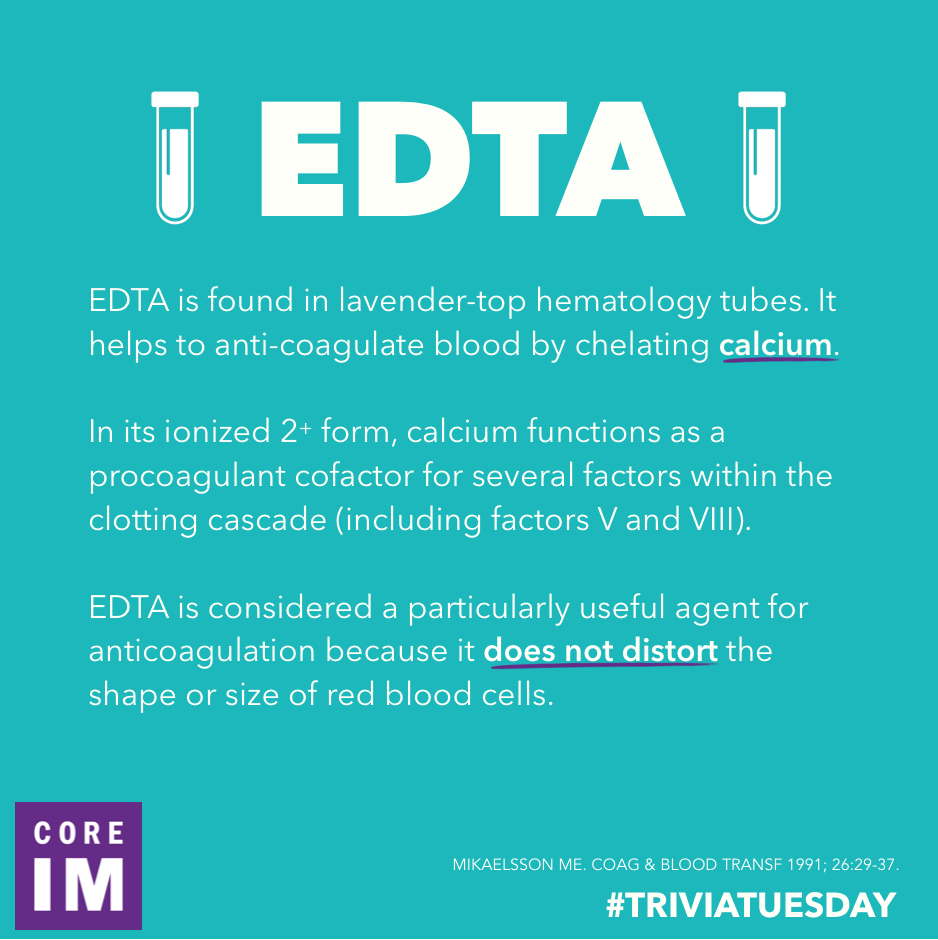 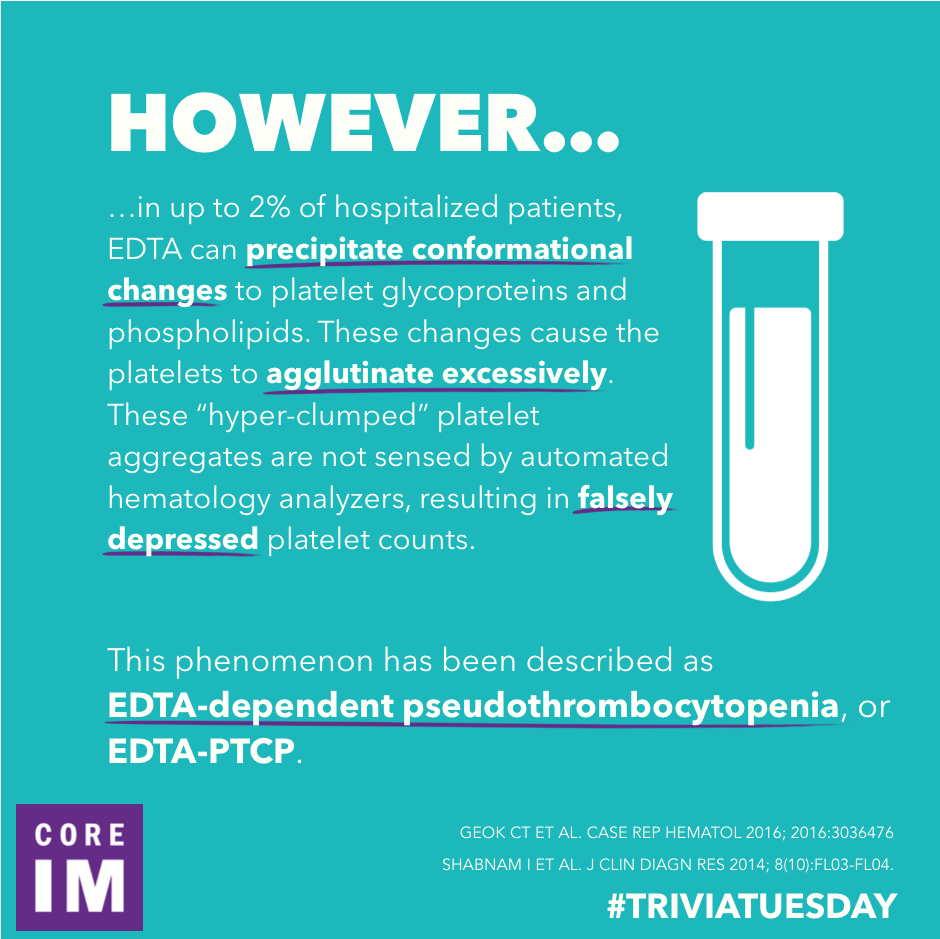 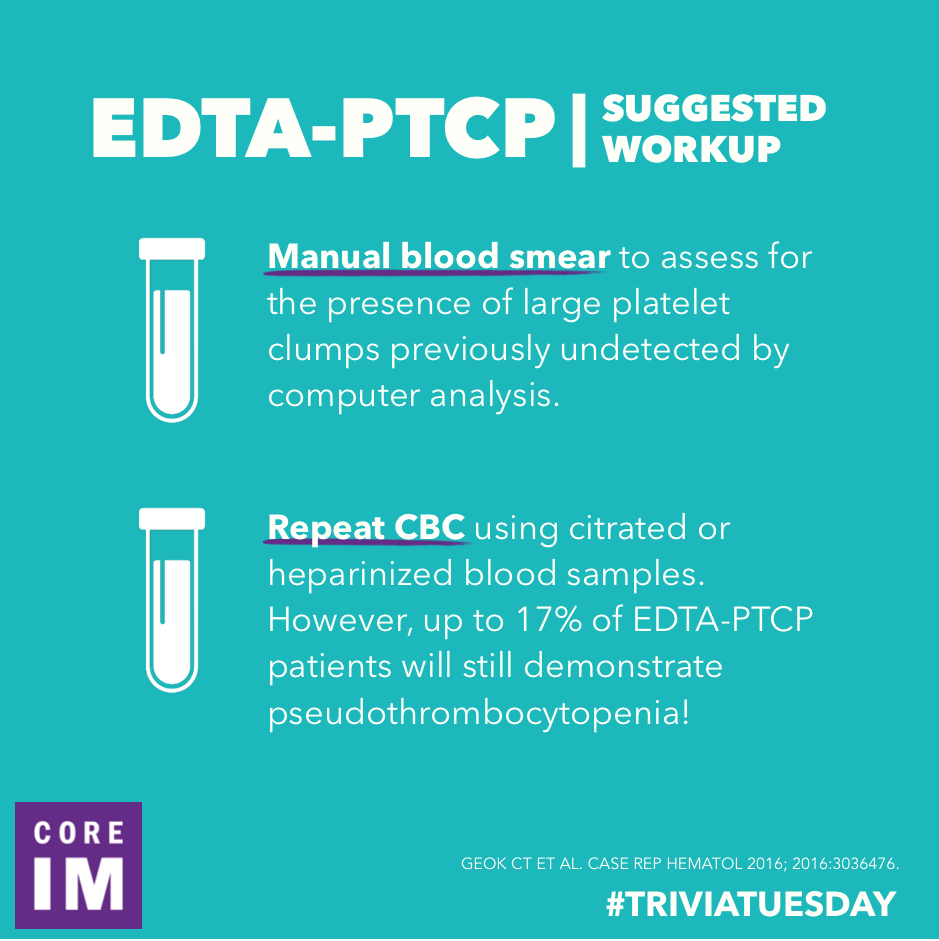 Slide 1: While working in clinic, your female patient’s CBC shows a new thrombocytopenia. She reports no history of bruising or excessive bleeding. You send off a workup for her low platelets, which comes back negative. What common lab additive might be the source of the thrombocytopenia?

Slide 2: EDTA! EDTA is found in lavender-top hematology tubes. It helps to anti-coagulate blood by chelating calcium. In its ionized 2+ form, calcium functions as a procoagulant cofactor for several factors within the clotting cascade (including factors V and VIII). EDTA is considered a particularly useful agent for anticoagulation because it does not distort the shape or size of red blood cells.

Slide 3: However…in up to 2% of hospitalized patients, EDTA can precipitate conformational changes to platelet glycoproteins and phospholipids. These changes cause the platelets to agglutinate excessively. These “hyper-clumped” platelet aggregates are not sensed by automated hematology analyzers, resulting in falsely depressed platelet counts. This phenomenon has been described as EDTA-dependent pseudothrombocytopenia, or EDTA-PTCP.