Which animal is responsible for the discovery of warfarin? 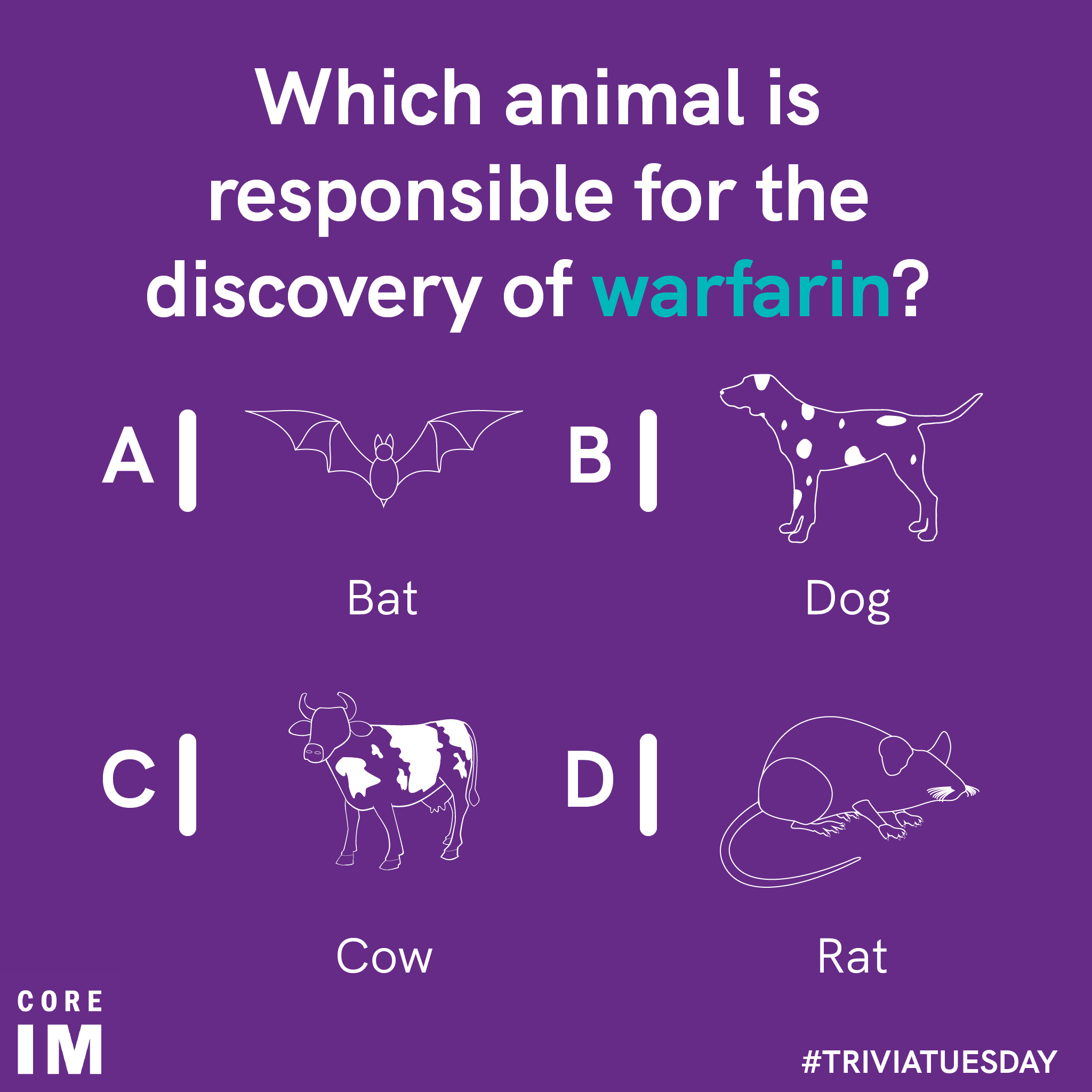 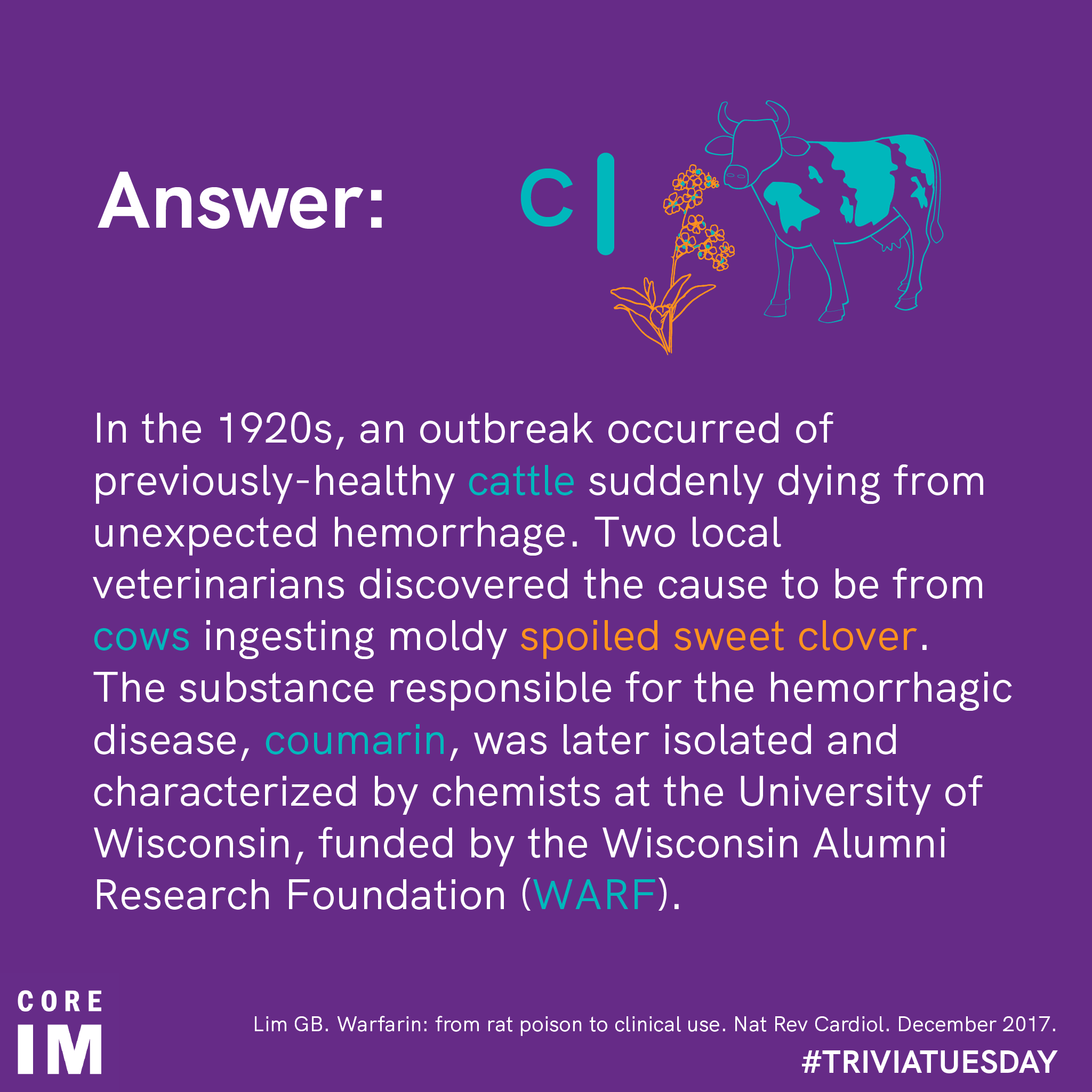 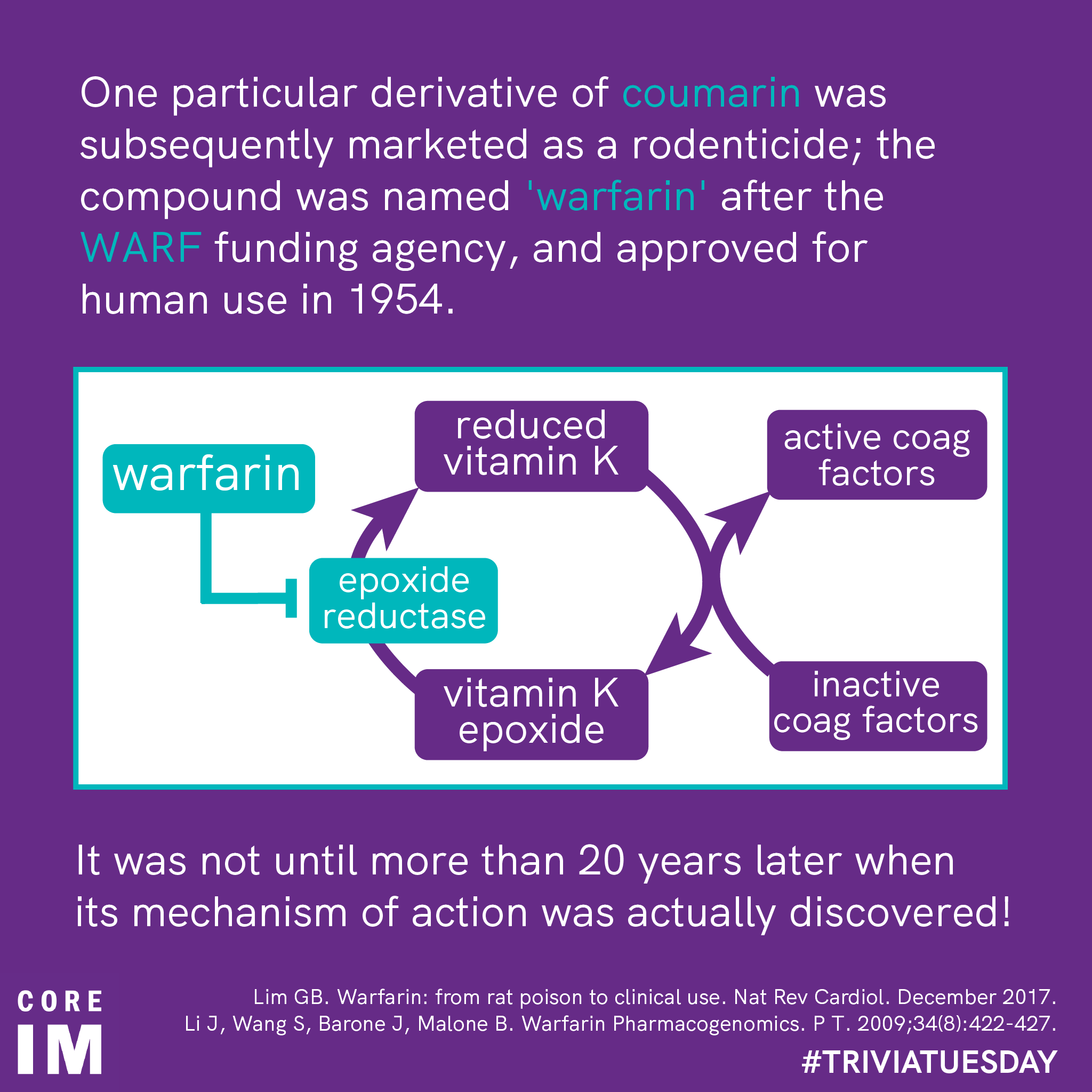 Slide 1: Which animal is responsible for the discovery of warfarin?

Slide 2: Answer: C. In the 1920s, an outbreak occurred of previously-healthy cattle suddenly dying from unexpected hemorrhage. Two local veterinarians discovered the cause to be from cows ingesting moldy spoiled sweet clover. The substance responsible for the hemorrhagic disease, coumarin, was later isolated and characterized by chemists at the University of Wisconsin, funded by the Wisconsin Alumni Research Foundation (WARF).

Slide 3: One particular derivative of coumarin was subsequently marketed as a rodenticide; the compound was named ‘warfarin’ after the WARF funding agency, and approved for human use in 1954. [diagram of warfarin mechanism of action] It was not until more than 20 years later when its mechanism of action was actually discovered!