Speedball use in AIDS 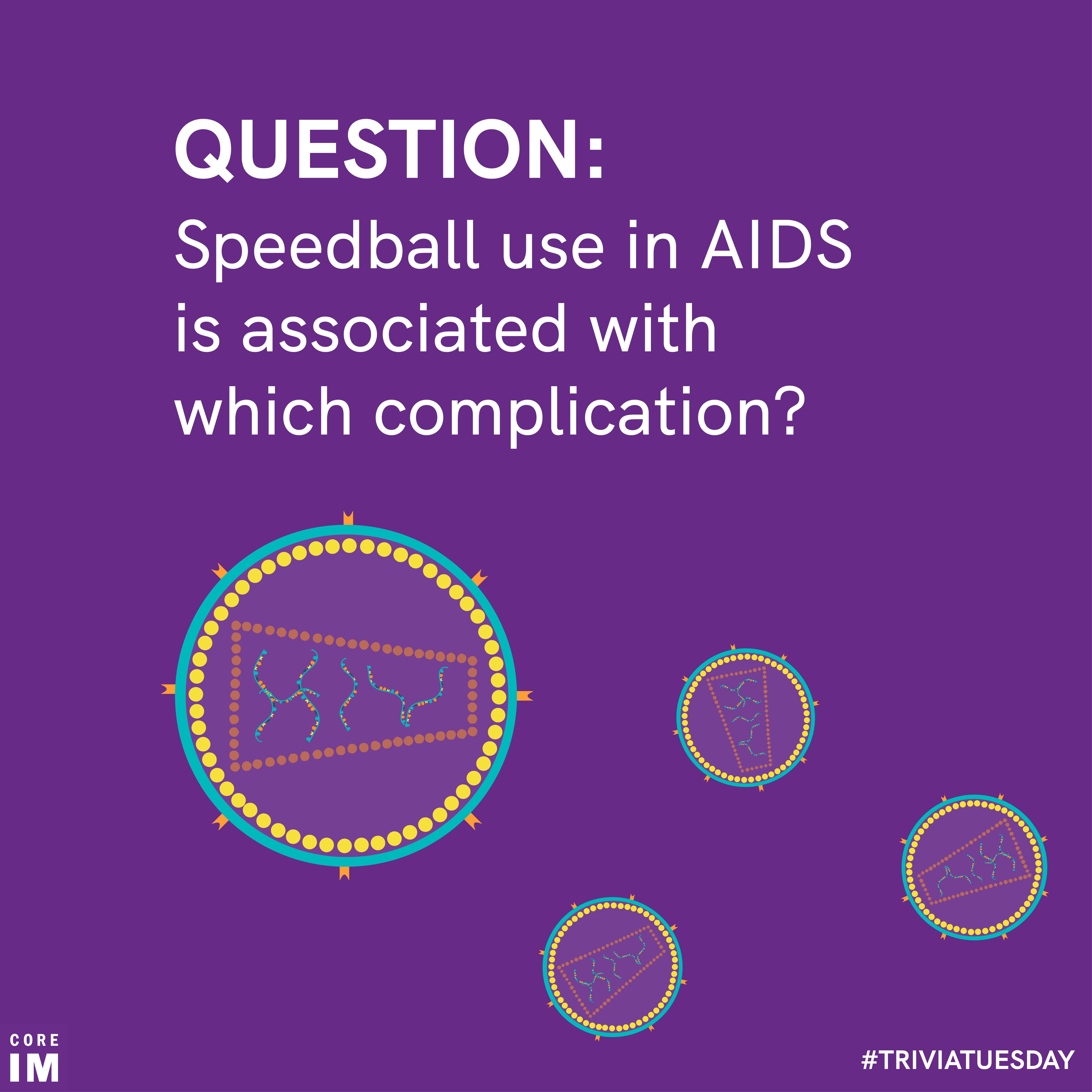 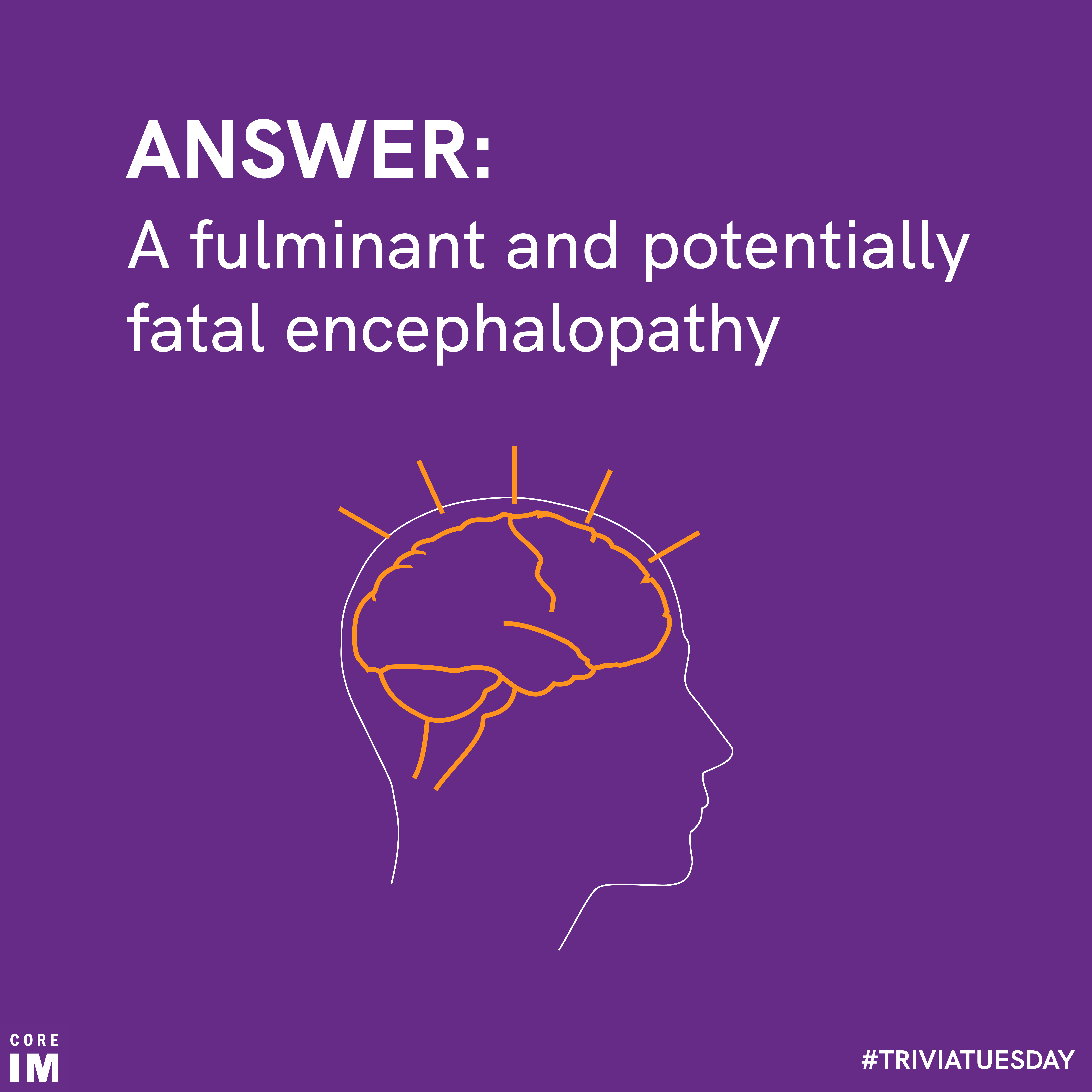 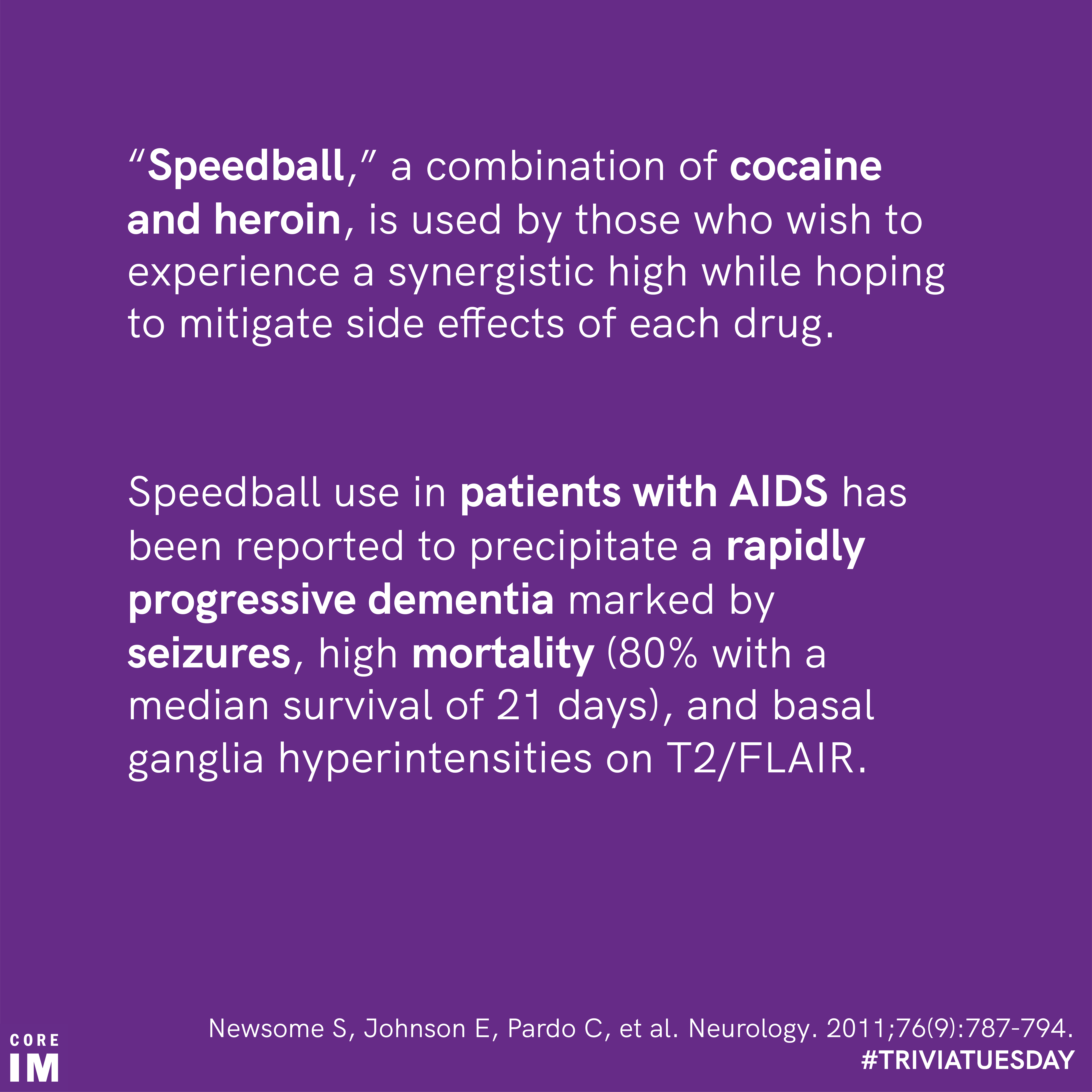 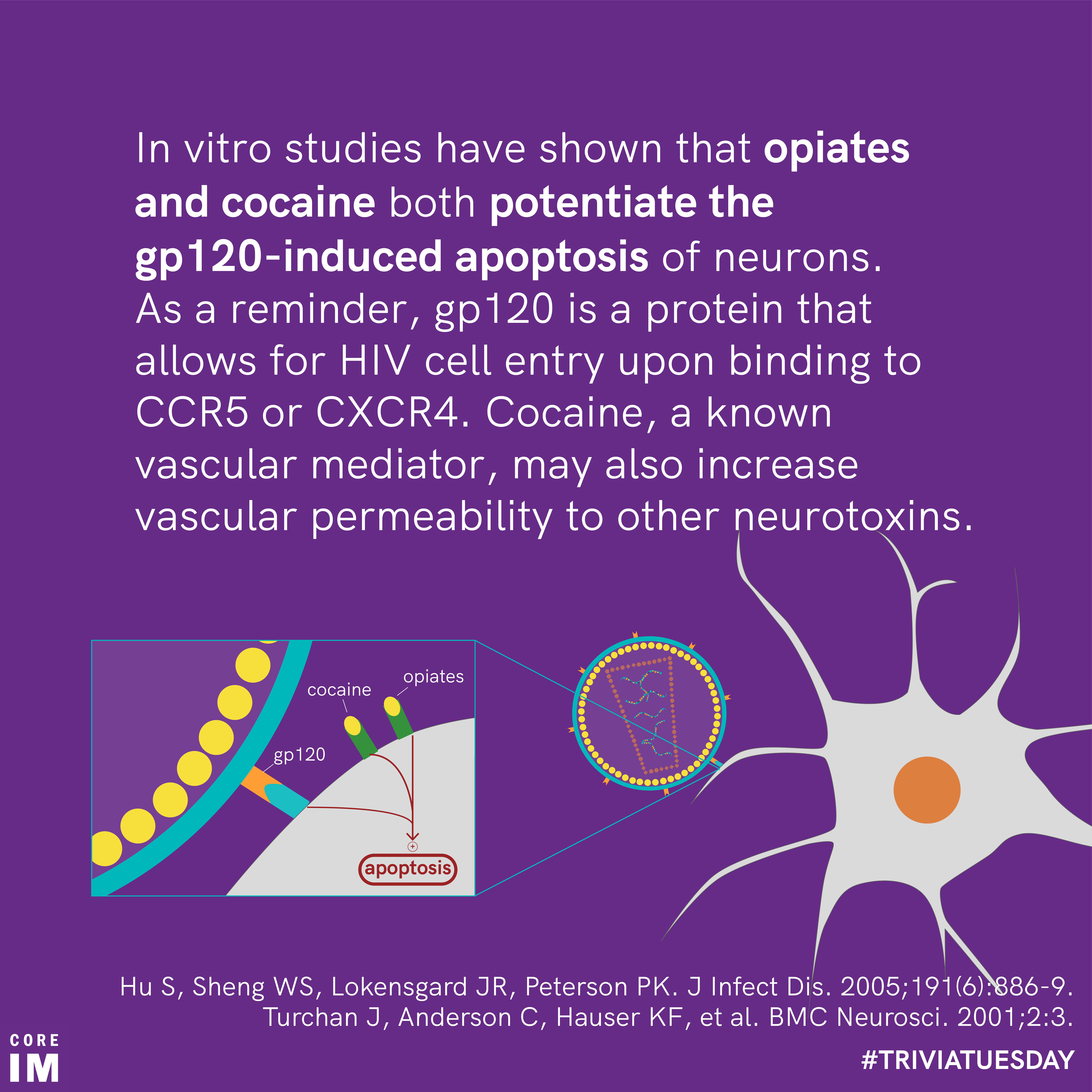 Slide 1: Question: Speedball use in AIDS is associated with which complication?

Slide 3: “Speedball,” a combination of cocaine and heroin, is used by those who wish to experience a synergistic high while hoping to mitigate side effects of each drug. Speedball use in patients with AIDS has been reported to precipitate a rapidly progressive dementia marked by seizures, high mortality (80% with a median survival of 21 days), and basal ganglia hyperintensities on T2/FLAIR.

Slide 4: In vitro studies have shown that opiates and cocaine both potentiate the gp120-induced apoptosis of neurons. As a reminder, gp120 is a protein that allows for HIV cell entry upon binding to CCR5 or CXCR4. Cocaine, a known vascular mediator, may also increase vascular permeability to other neurotoxins.