What are SGLT2 inhibitors named after? 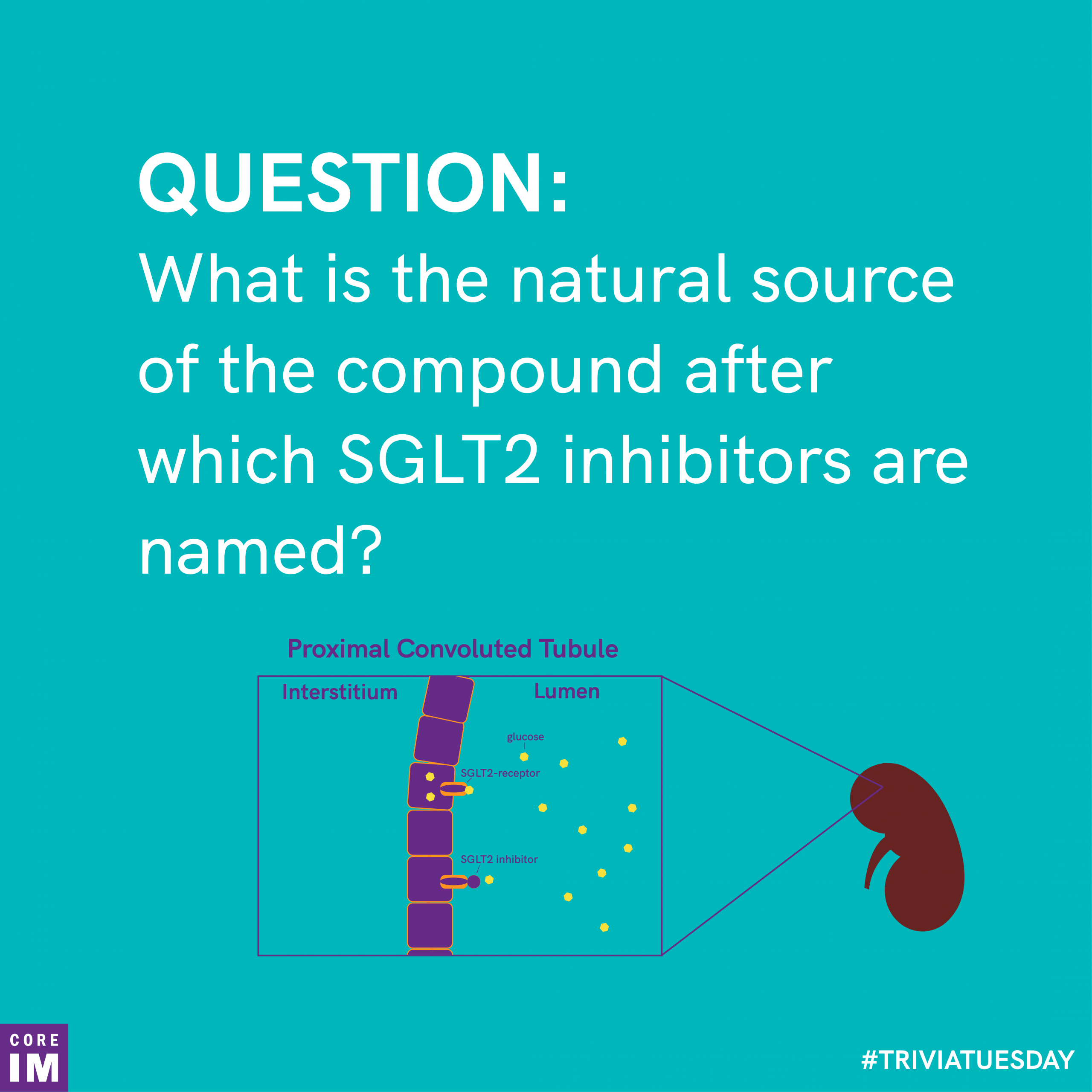 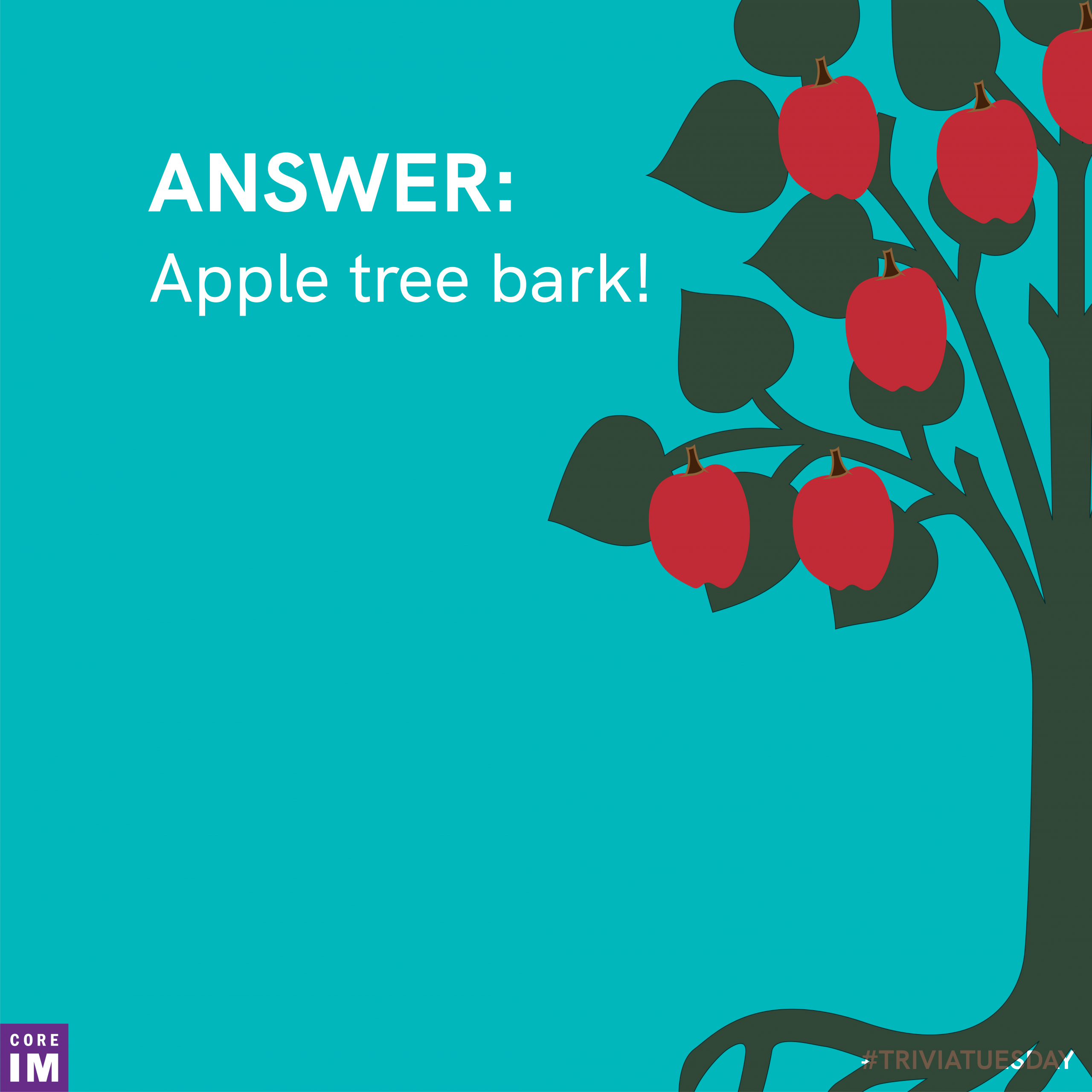 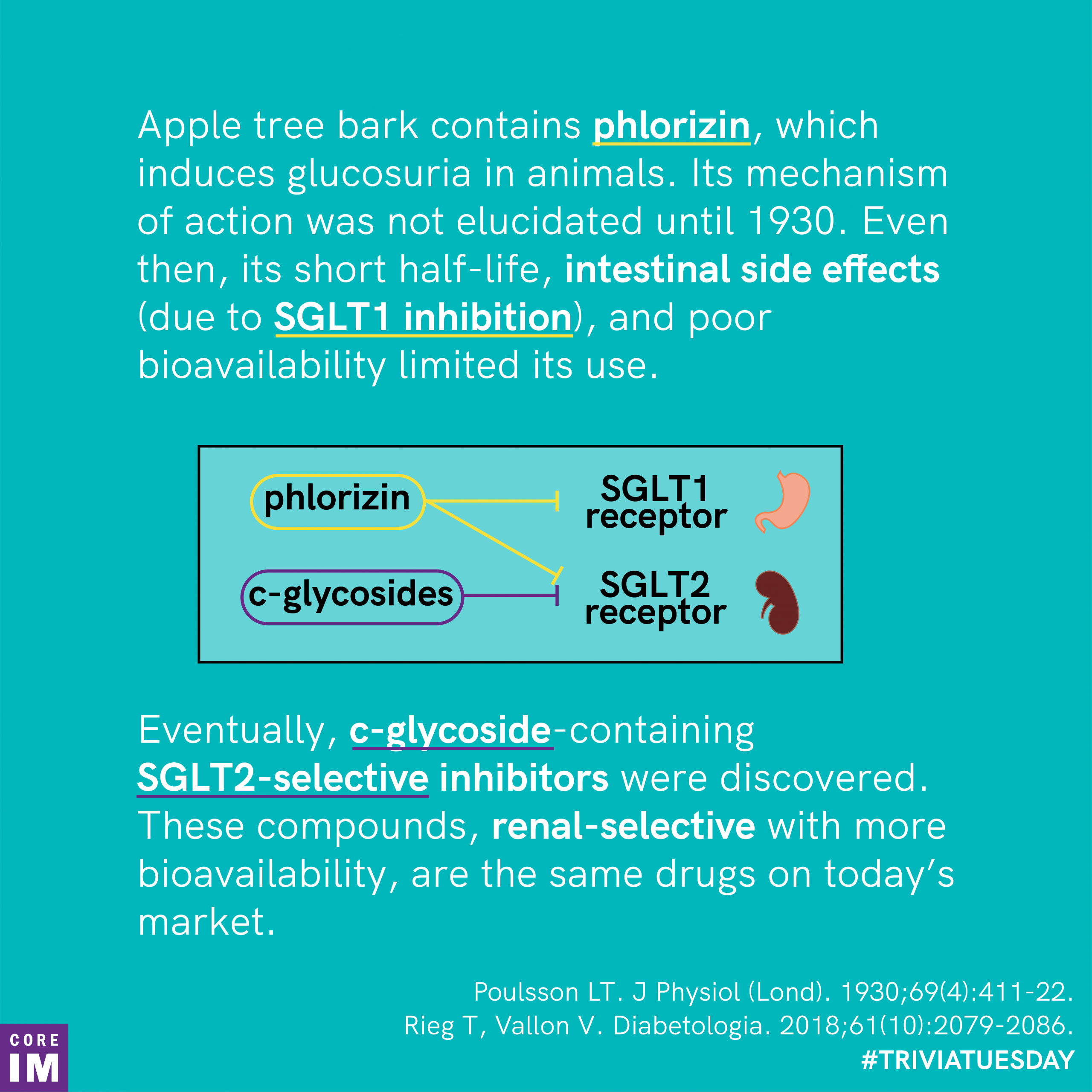 Slide 1: QUESTION: what is the natural source of the compound after which SGLT2 inhibitors are named?

Slide 3: Apple tree bark contains phlorizin, which induces glucosuria in animals. Its mechanism of action was not elucidated until 1930. Even then, its short half-life, intestinal side effects (due to SGLT1 inhibition) and poor bioavailability limited its use. Eventually c-glycoside-containing SGLT2-selective inhibitors were discovered. These compounds, renal-selective with more bioavailability, are the same drugs on today’s market.

Slide 4:Currently, there are 4 FDA-approved SGLT2 inhibitors: canagliflozin, emagliflozin, dapagliflozin, ertugliflozin. Collectively, they are known as the gliflozins, a nod to the original tree bark compounds that led to their discovery. Emerging extra-antidiabetogenic benefits of SGLT2 inhibition include weight loss, improved cardiovascular mortality and renal outcomes, and fewer heart failure exacerbations.