Ingestion of which food may cause lupus flares? 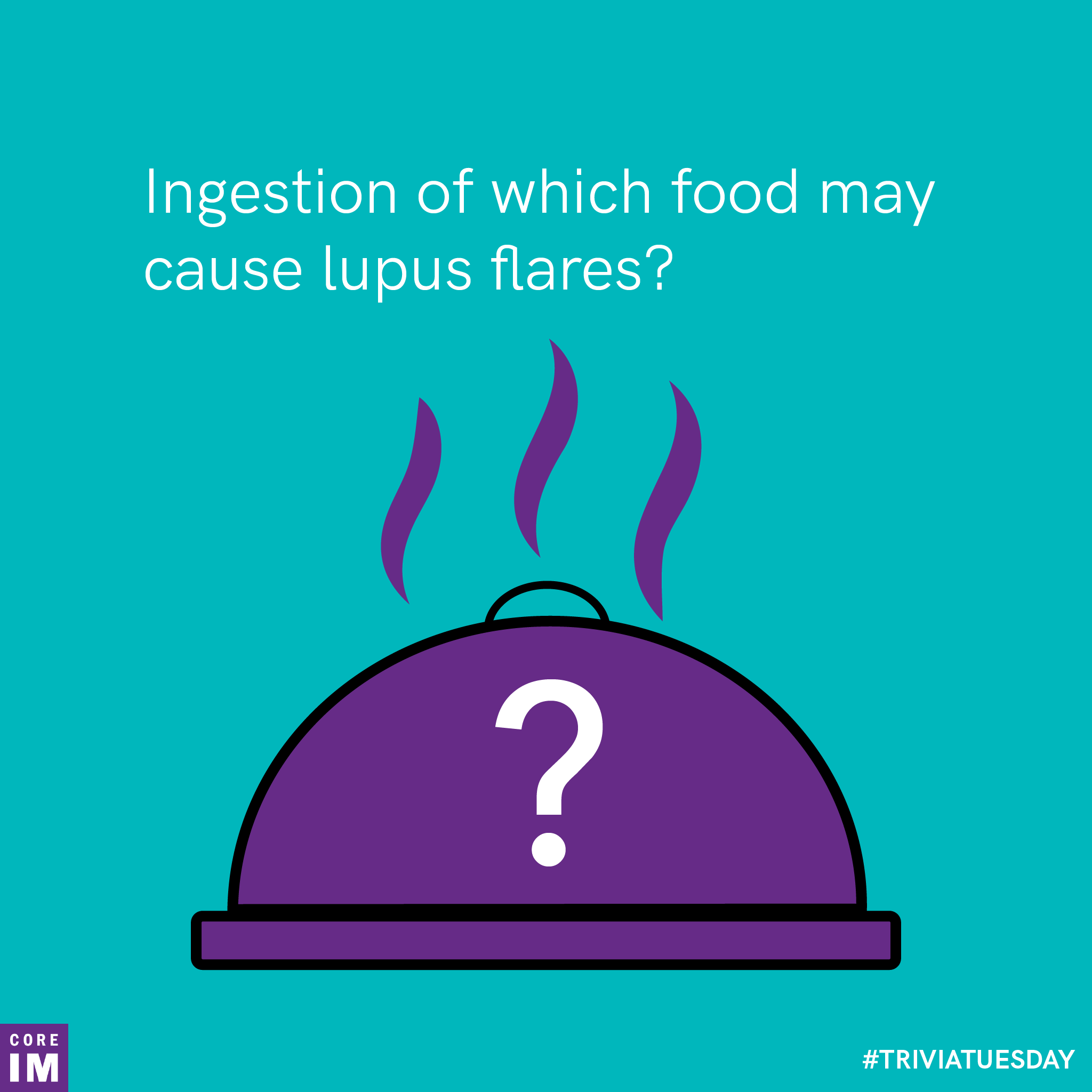 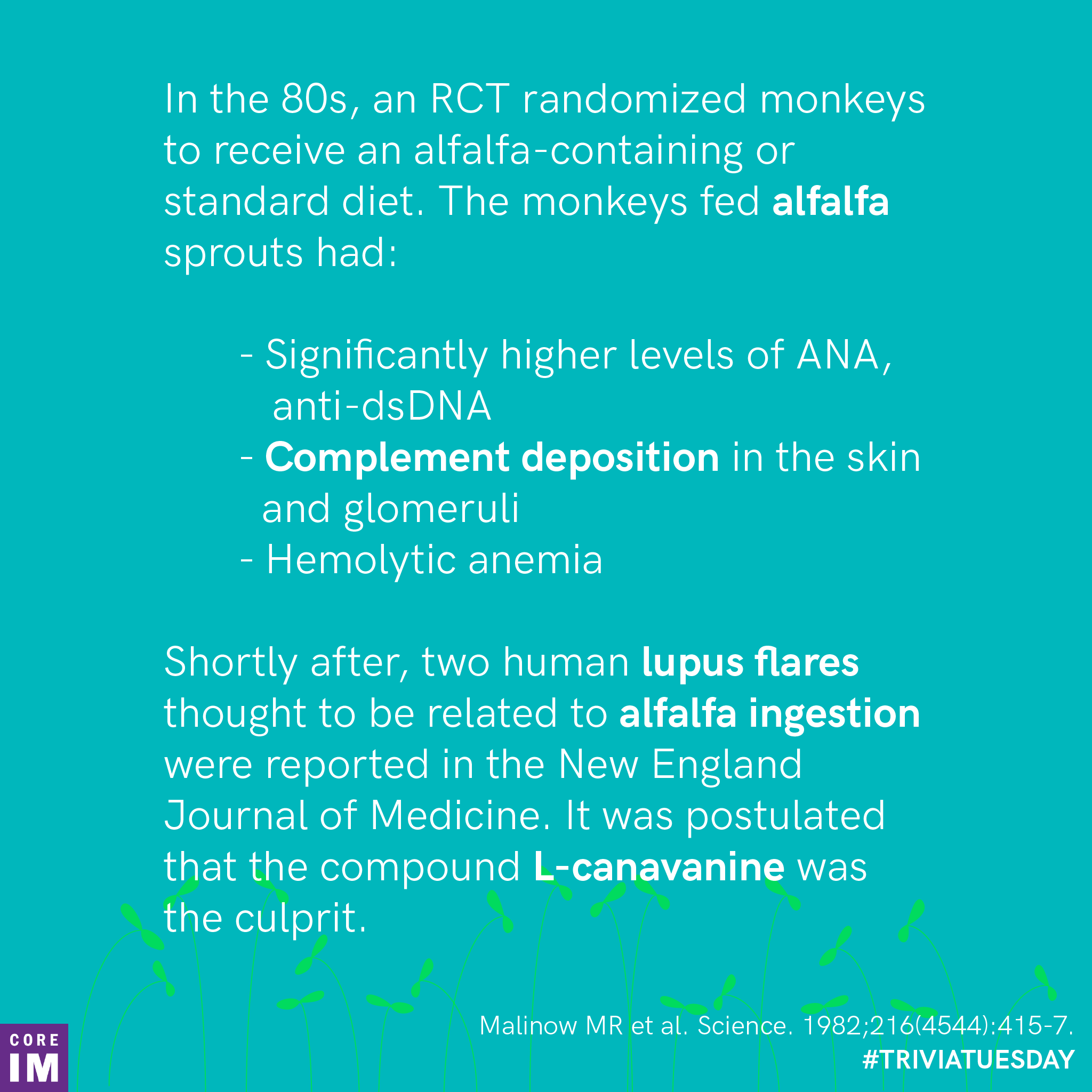 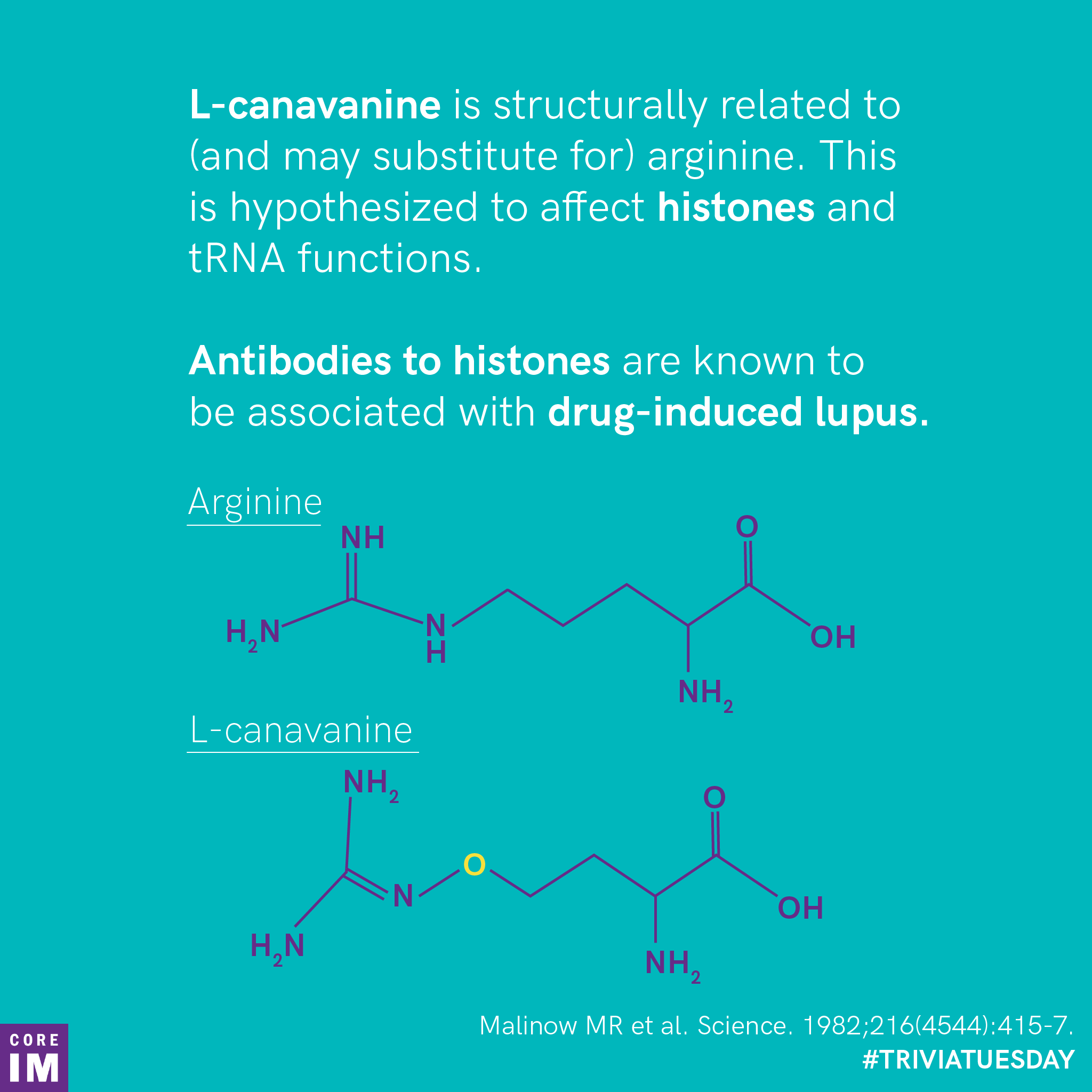 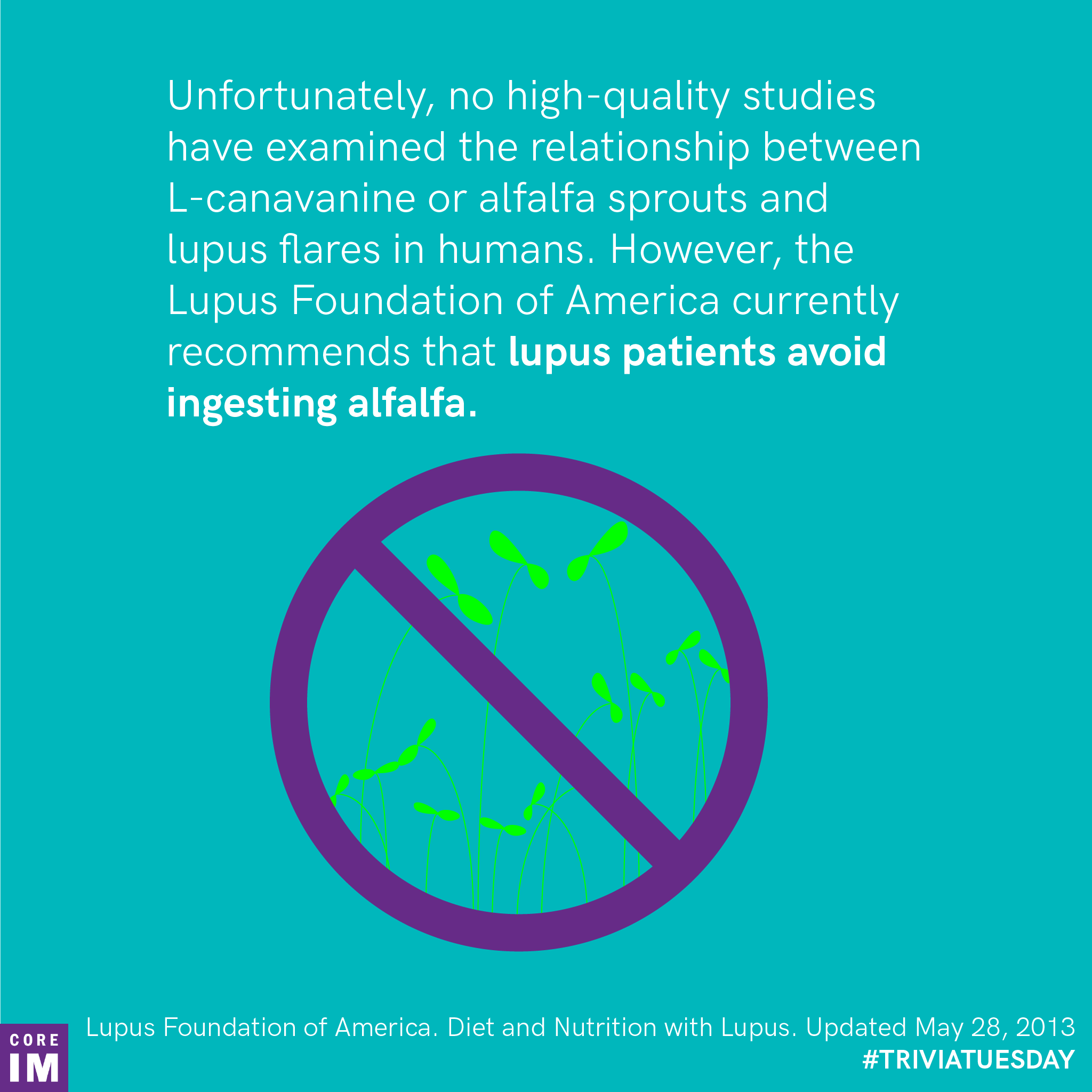 Slide 1: Ingestion of which food may cause lupus flares?

Slide 3: In the 80s, an RCT randomized monkeys to receive an alfalfa-containing or standard diet. The monkeys fed alfalfa sprouts had: significantly higher levels of ANA, anti-dsDNA; complement deposition in the skin and glomeruli; hemolytic anemia. Shortly after, two human lupus flares thought to be related to alfalfa ingestion were reported in the New England Journal of Medicine. It was postulated that the compound L-canavanine was the culprit.

Slide 4: L-canavanine is structurally related to (and may substitue for) arginine. This is hypothesized to affect histones and tRNA functions. Antibodies to histones are known to be associated with drug-induced lupus.

Slide 5: Unfortunately, no high-quality studies have examined the relationship between L-canavanine or alfalfa sprouts and lupus flares in humans. However, the Lupus Foundation of America currently recommends that lupus patients avoid ingesting alfalfa.