Back to Top
Byte Stay Sharp 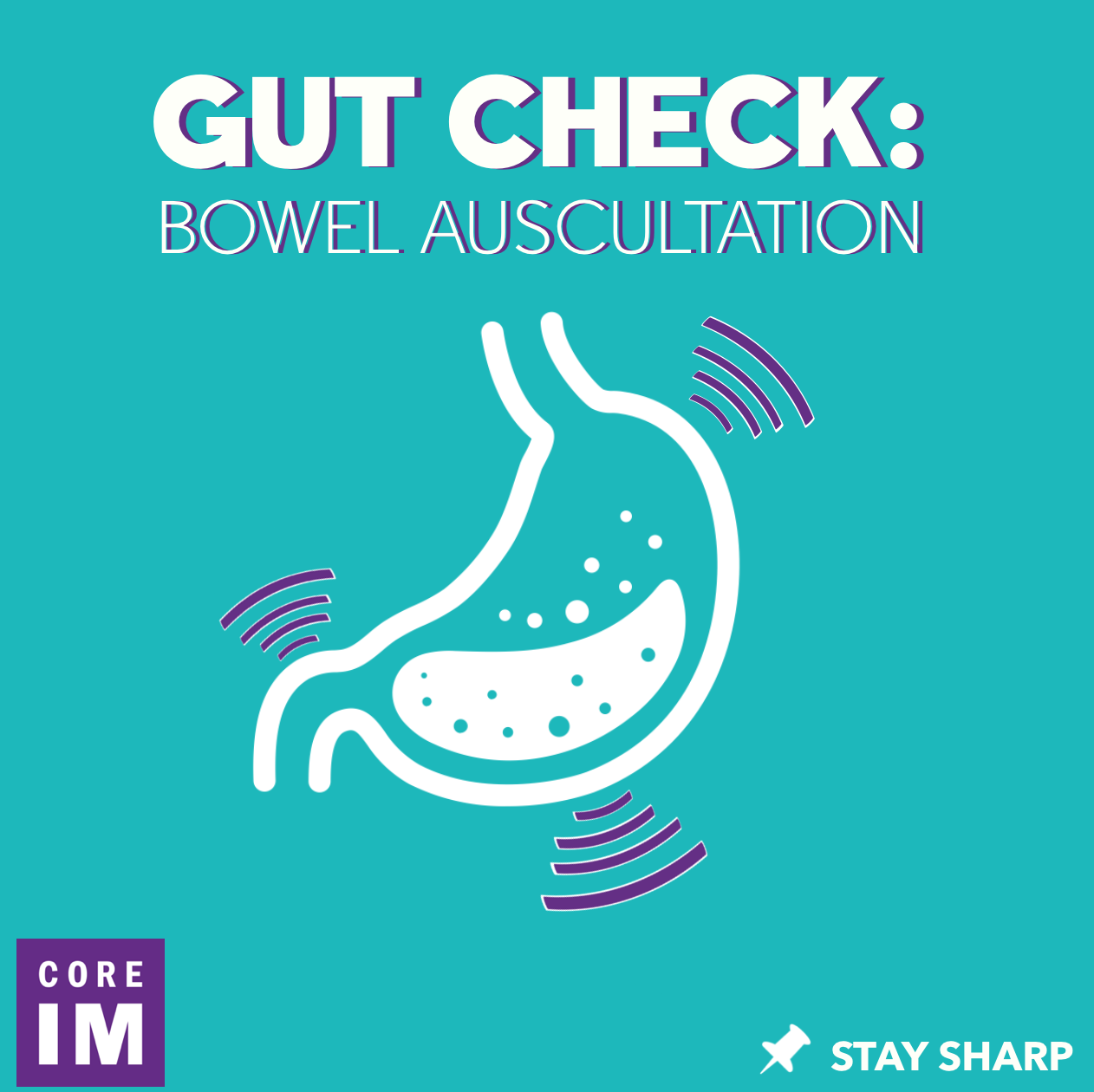 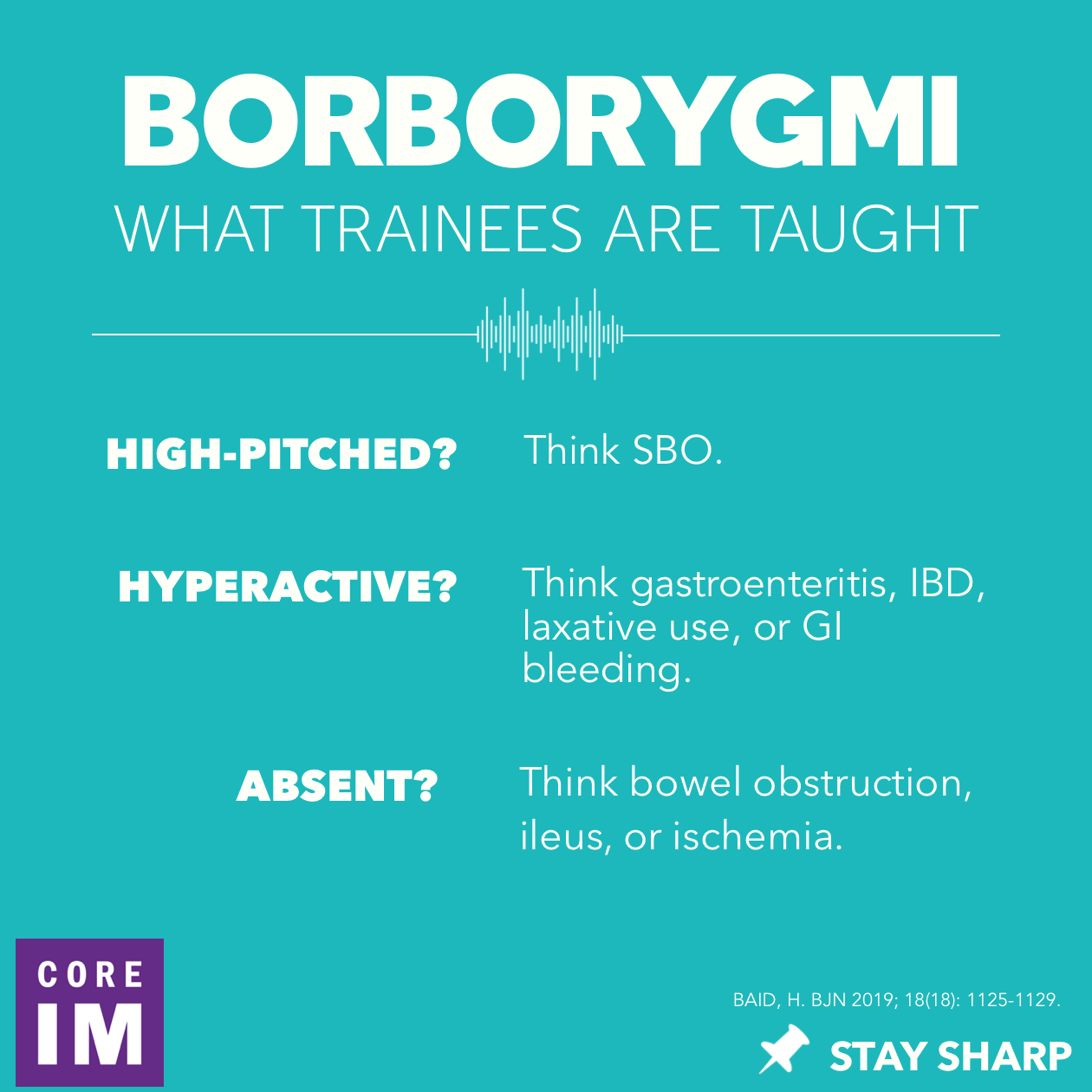 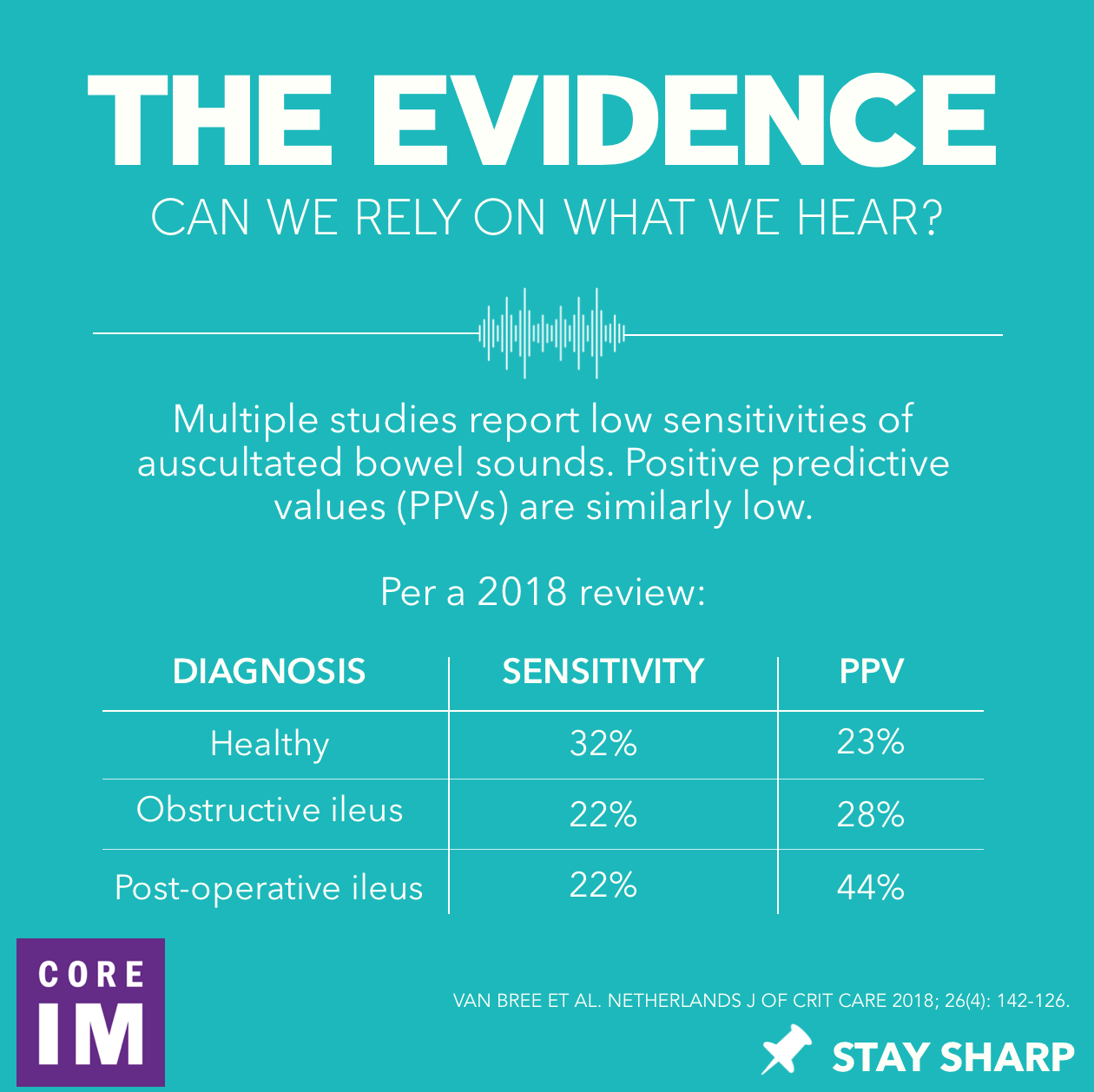 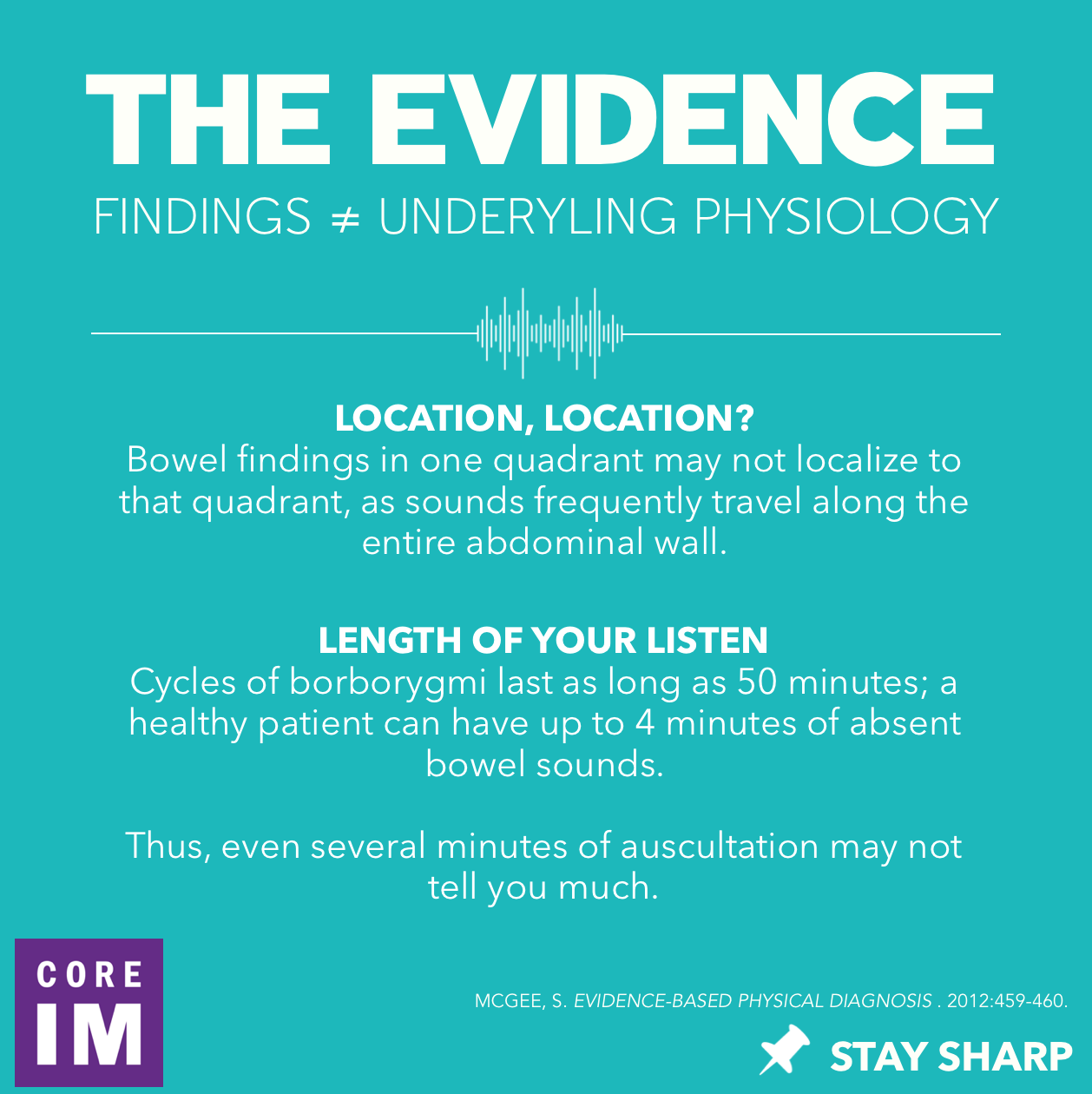 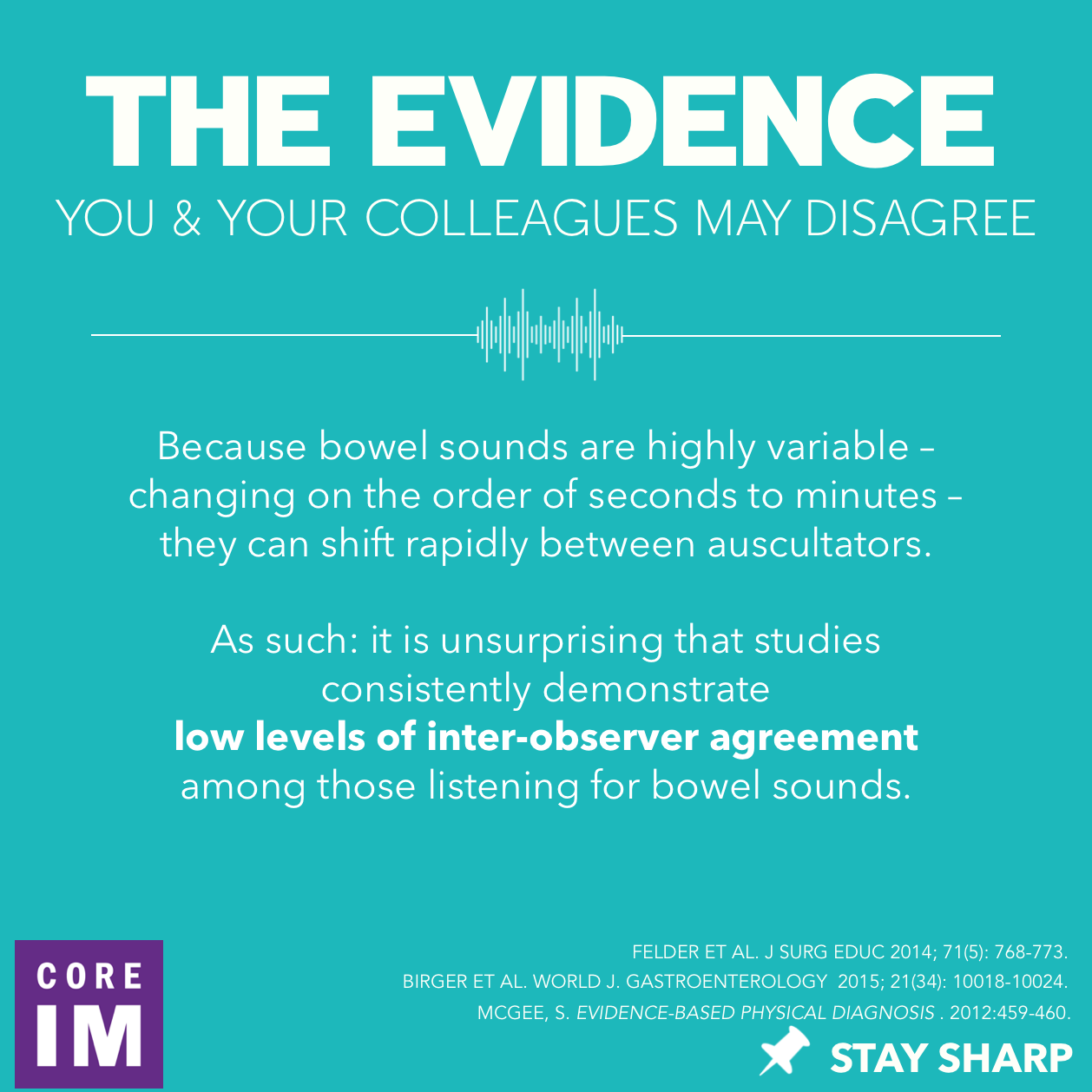 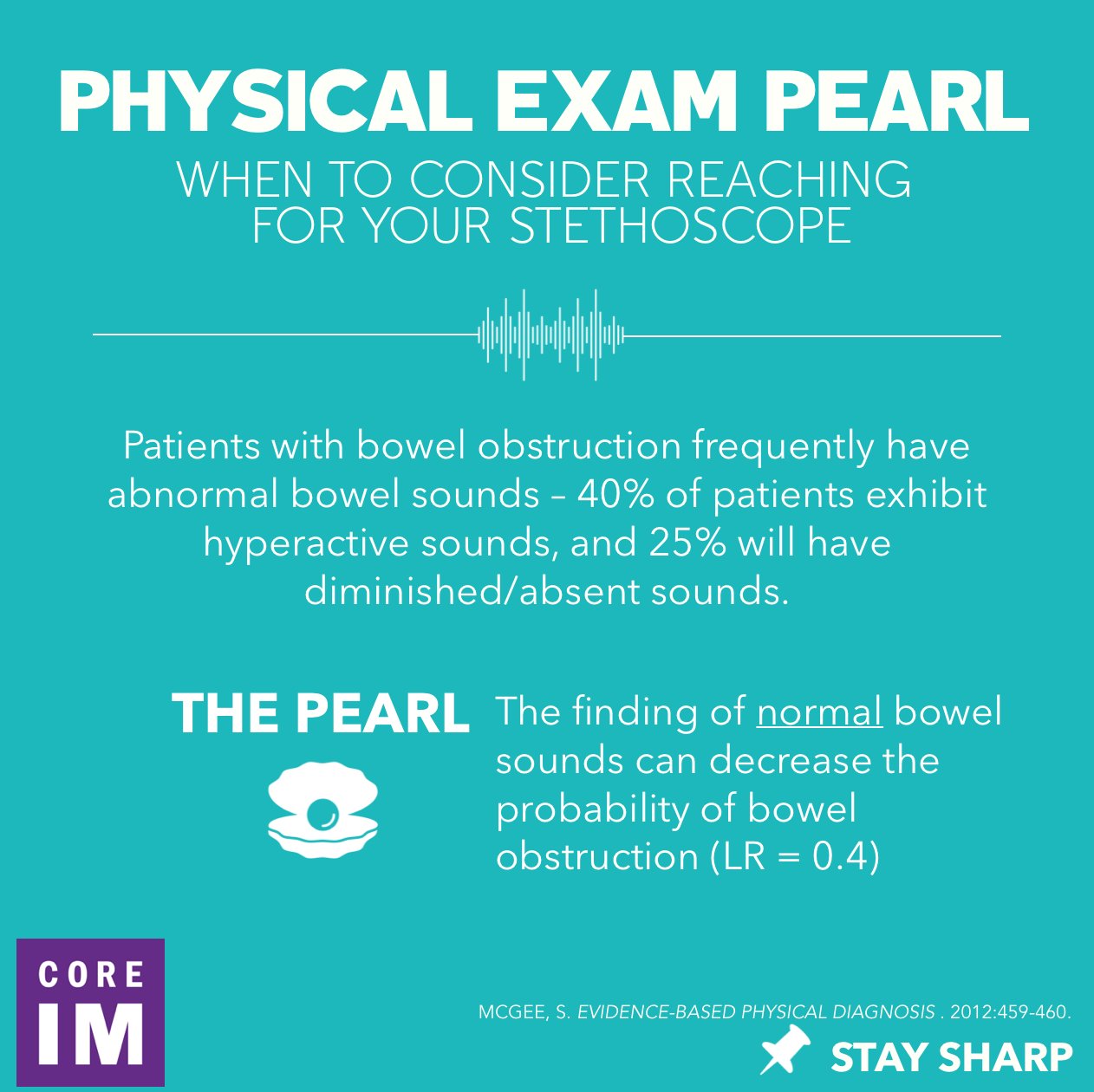 Slide 4:
The evidence – findings ≠ underlying physiology
Location, location? Bowel findings in one quadrant may not localize to that quadrant, as sounds frequently travel along the entire abdominal wall
Length of your listen: Cycles of borborygmi can last as long as 50 minutes, and a healthy patient can have up to 4 minutes of absent bowel sounds – thus, even severeal minutes of auscultation may not tell you much.

Slide 5:
What the evidence says: you and your colleague will likely disagree
Because bowel sounds are highly variable – changing on the order of seconds to minutes – they can shift from one auscultator to the next.
As such, it is unsurprising that studies consistently demonstrate low levels of inter-observer agreement among those listening for bowel sounds.