GBS is named after which veterinary disease? 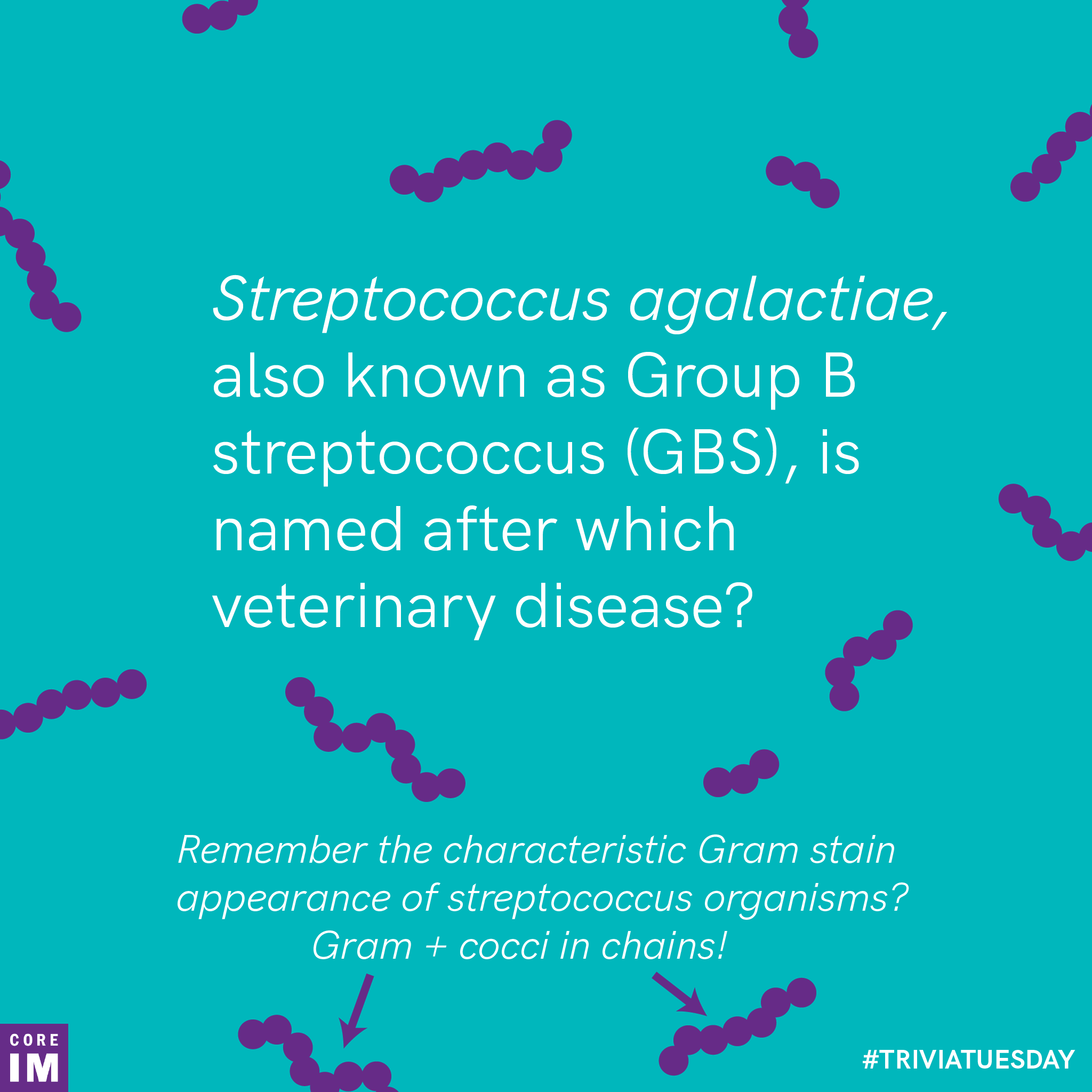 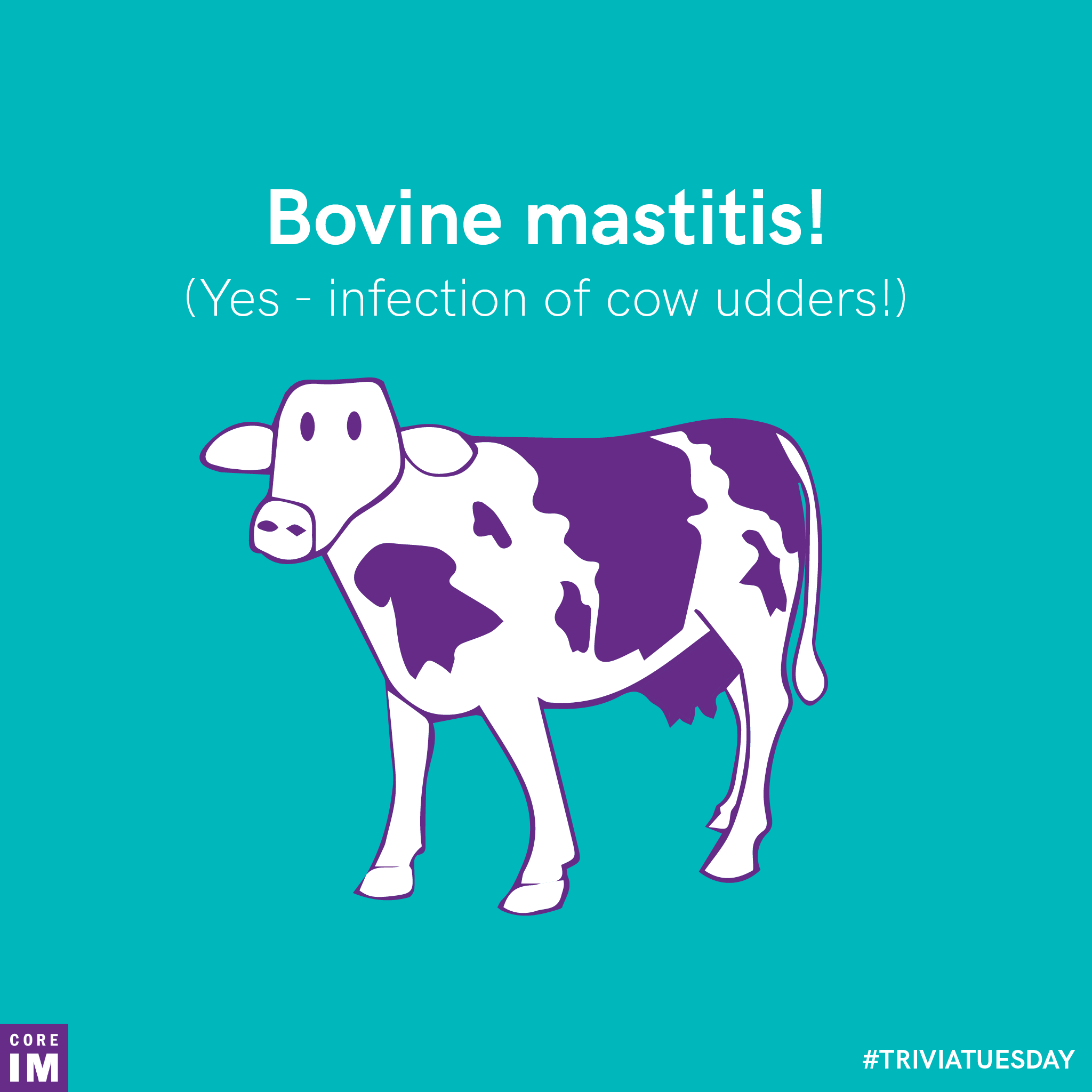 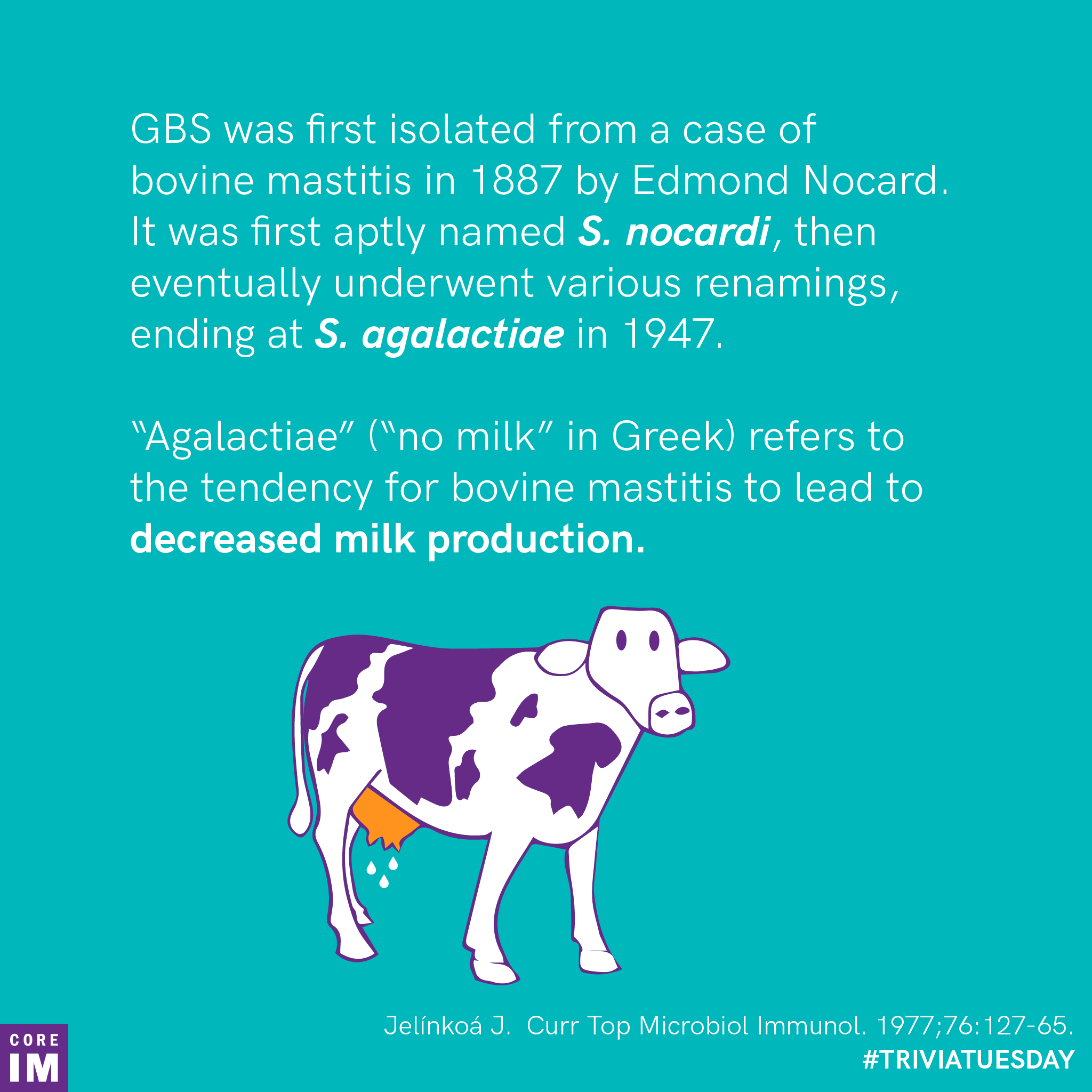 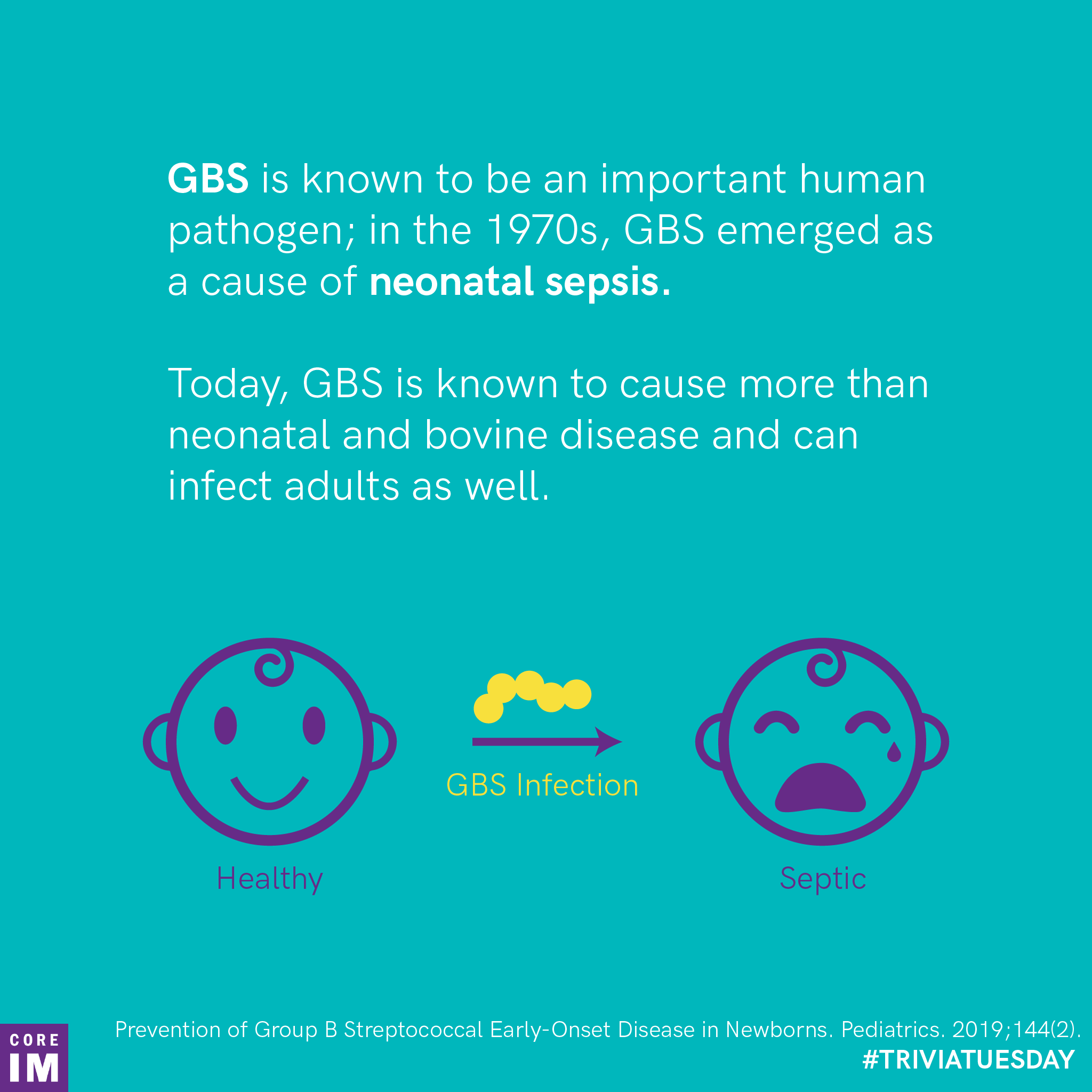 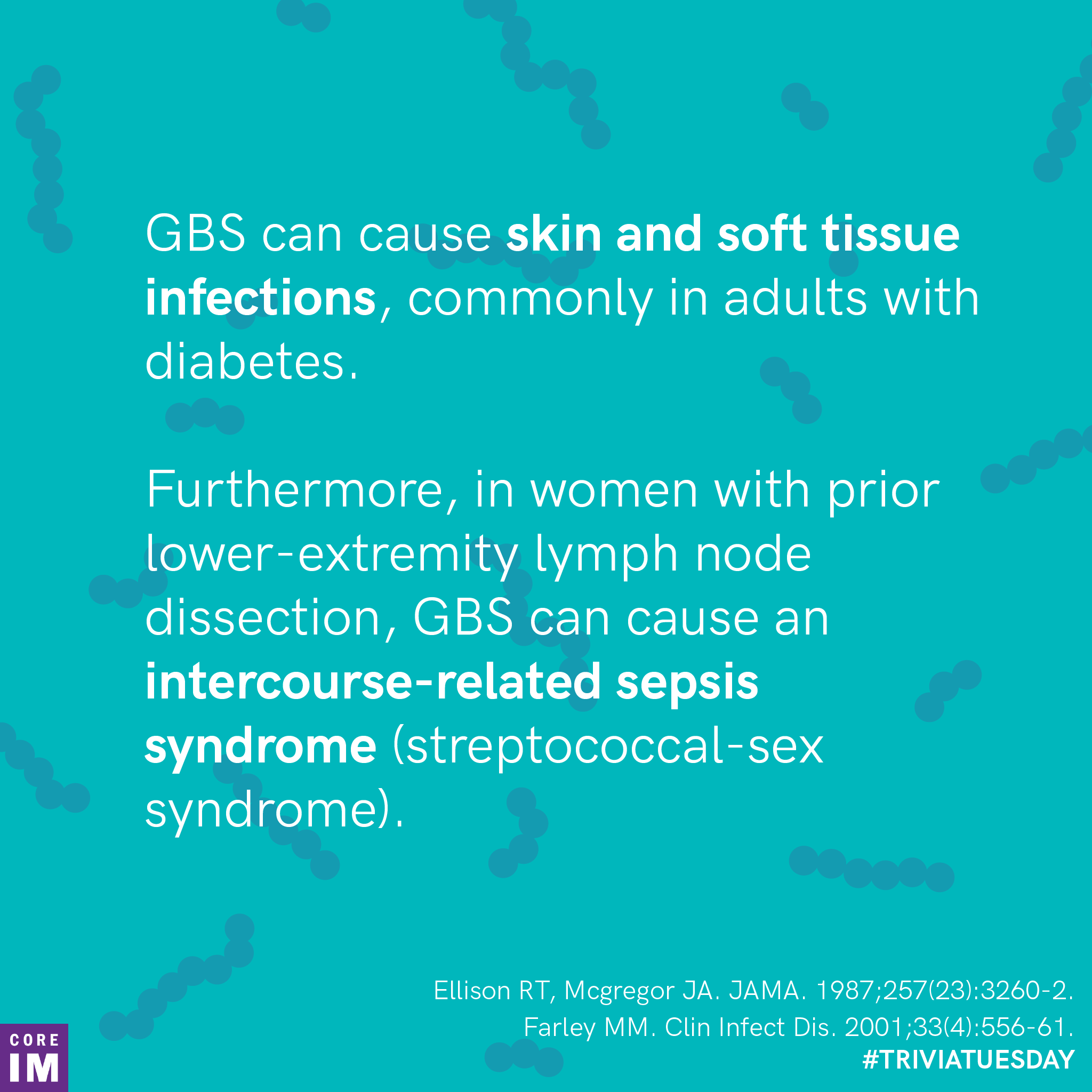 Slide 3: GBS was first isolated from a case of bovine mastitis in 1887 by Edmond Nocard. It was first aptly named S. nocardi, then eventually underwent various renamings, ending at S. agalactiae in 1947. “Agalactiae” (“no milk” in Greek) refers to the tendency for bovine mastitis to lead to decreased milk production.

Slide 4: GBS is known to be an important human pathogen; in the 1970s, GBS emerged as a cause of neonatal sepsis. Today, GBS is known to cause more than neonatal and bovine disease and can infect adults as well.

Slide 5: GBS can cause skin and soft tissue infections, commonly in adults with diabetes. Furthermore, in women with prior lower-extremity lymph node dissection, GBS can cause an intercourse-related sepsis syndrome (streptococcal-sex syndrome).