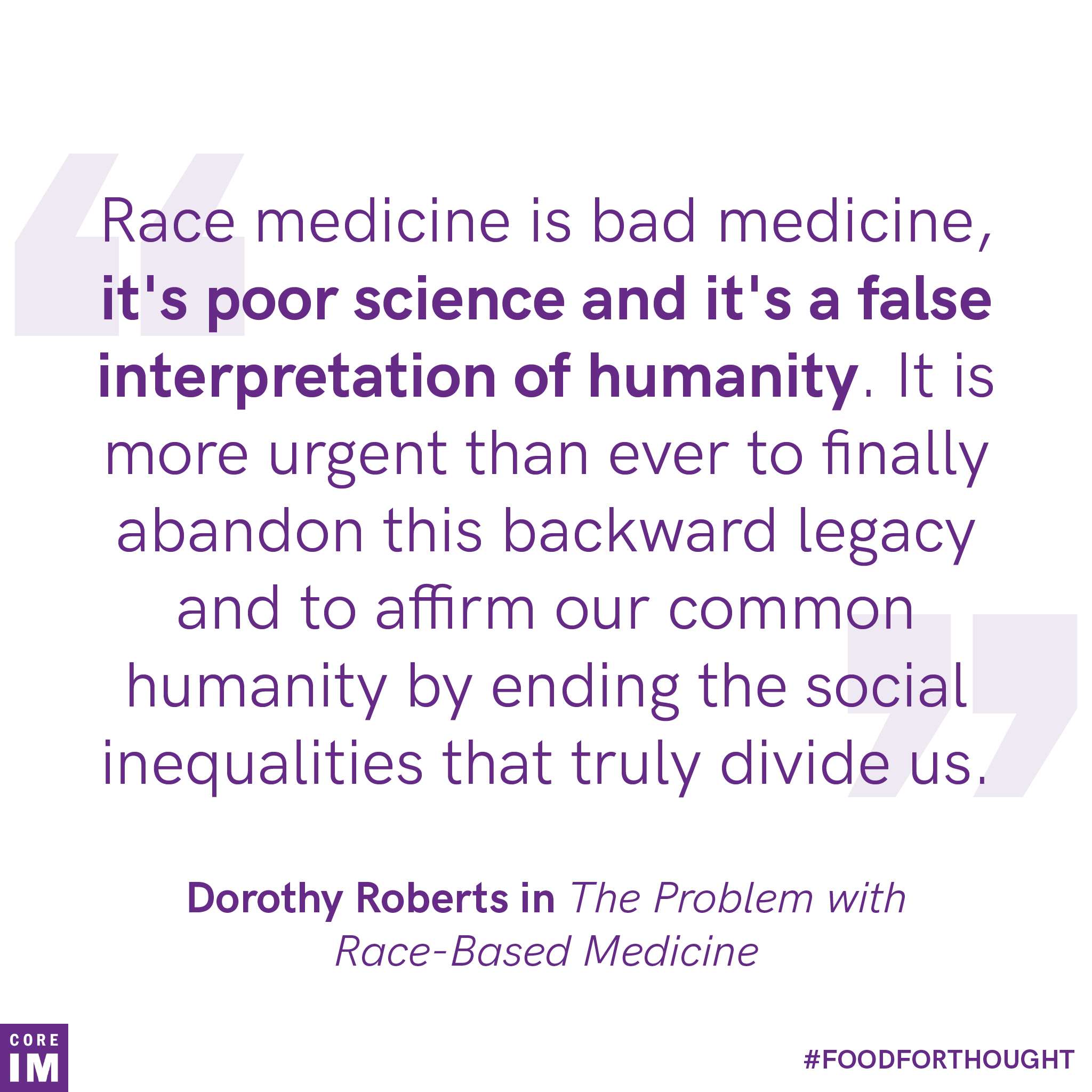 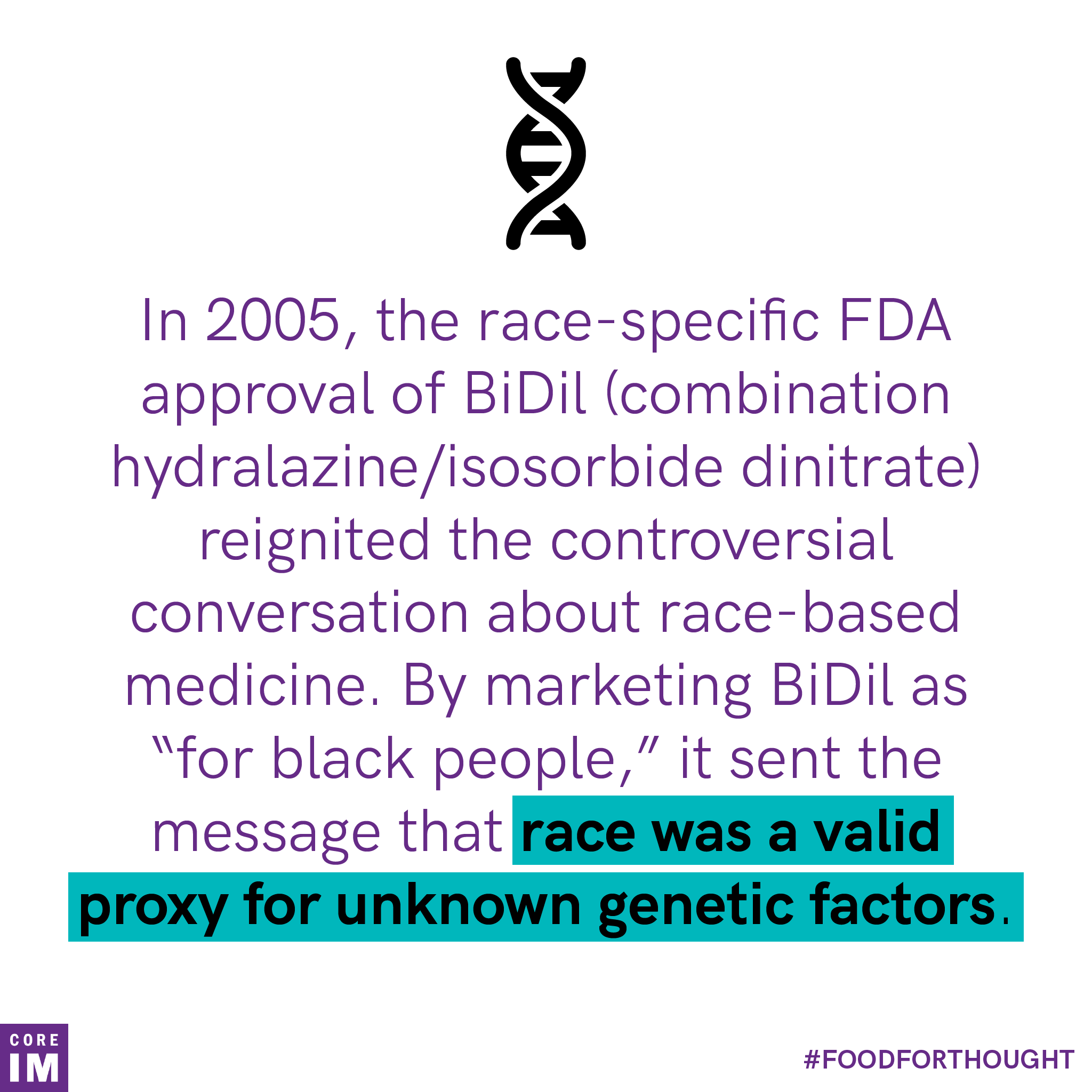 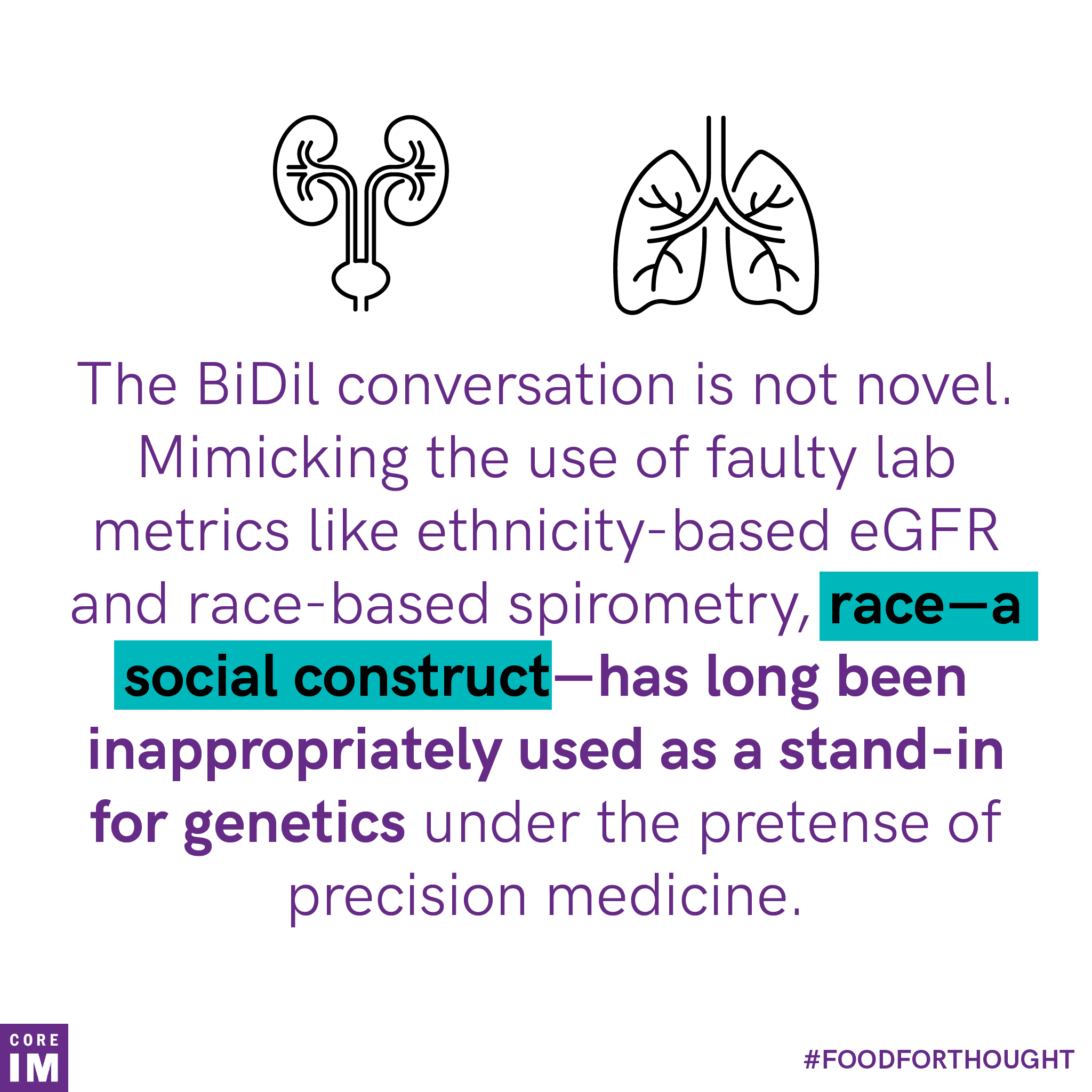 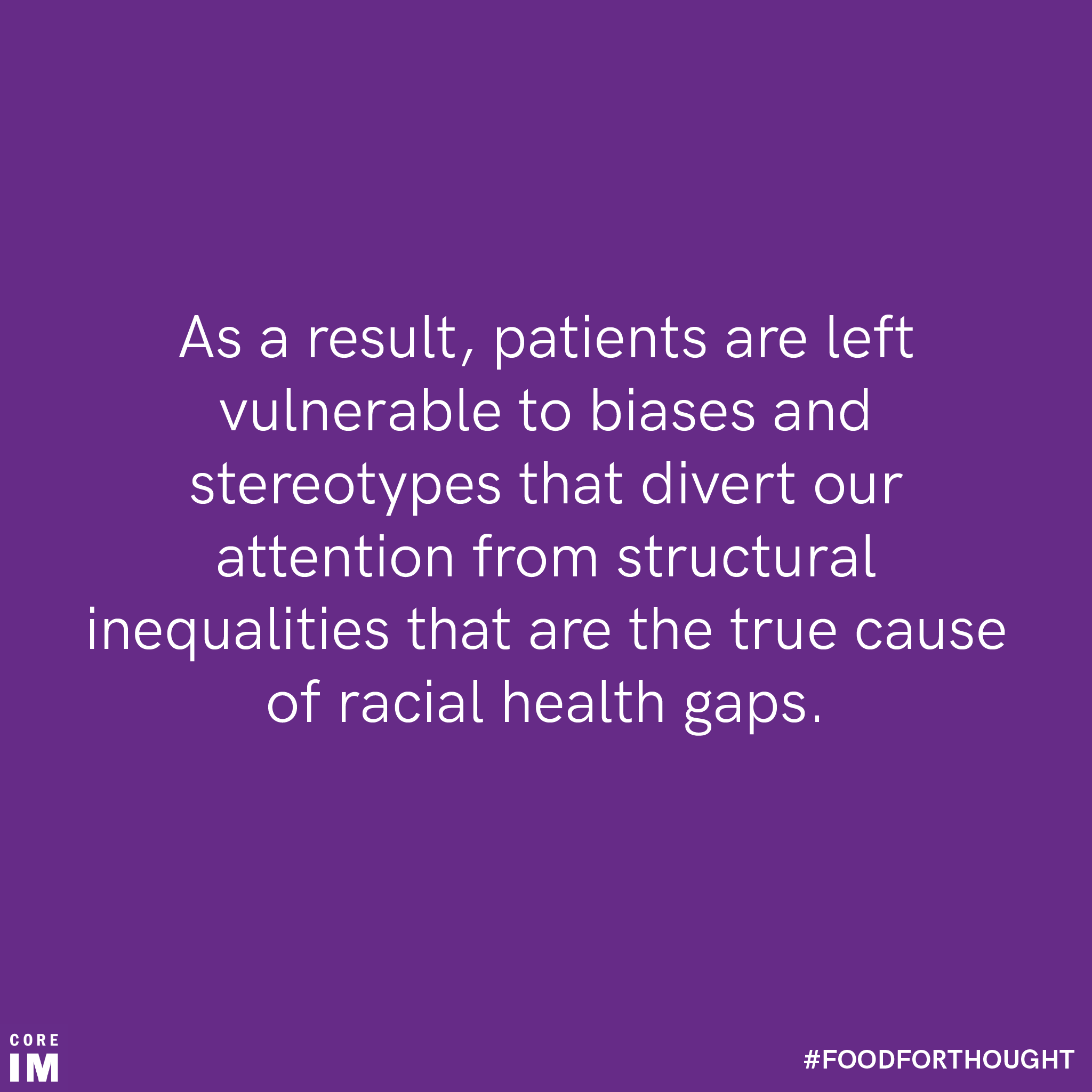 Slide 1: Race medicine is bad medicine, it’s poor science and it’s a false interpretation of humanity. It is more urgent than ever to finally abandon this backward legacy and to affirm our common humanity by ending the social inequalities that truly divide us. Dorothy Roberts in The Problem with Race-Based Medicine

Slide 2: In 2005, the race-specific FDA approval of BiDil (combination hydralazine/isosorbide dinitrate) reignited the controversial conversation about race-based medicine. By marketing BiDil as “for black people,” it sent the message that race was a valid proxy for unknown genetic factors.

Slide 3: The BiDil conversation is not novel. Mimicking the use of faulty lab metrics like ethnicity-based eGFR and race-based spirometry, race–a social construct–has long been inappropriately used as a stand-in for genetics under the pretense of precision medicine.

Slide 4: As a result, patients are left vulnerable to biases and stereotypes that divert our attention from structural inequalities that are the true cause of racial health gaps.