HIV+: a contraindication for organ transplantation? 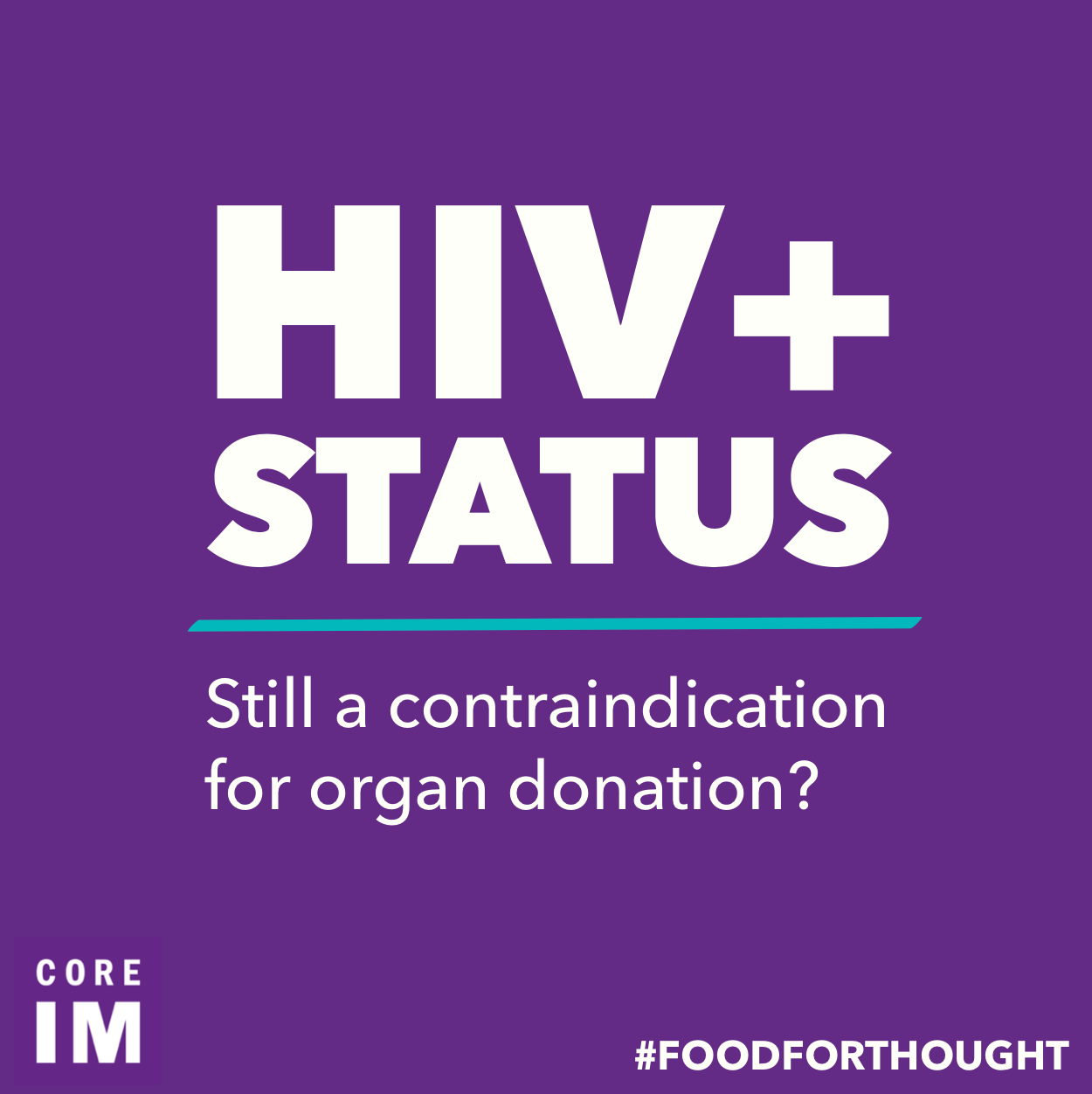 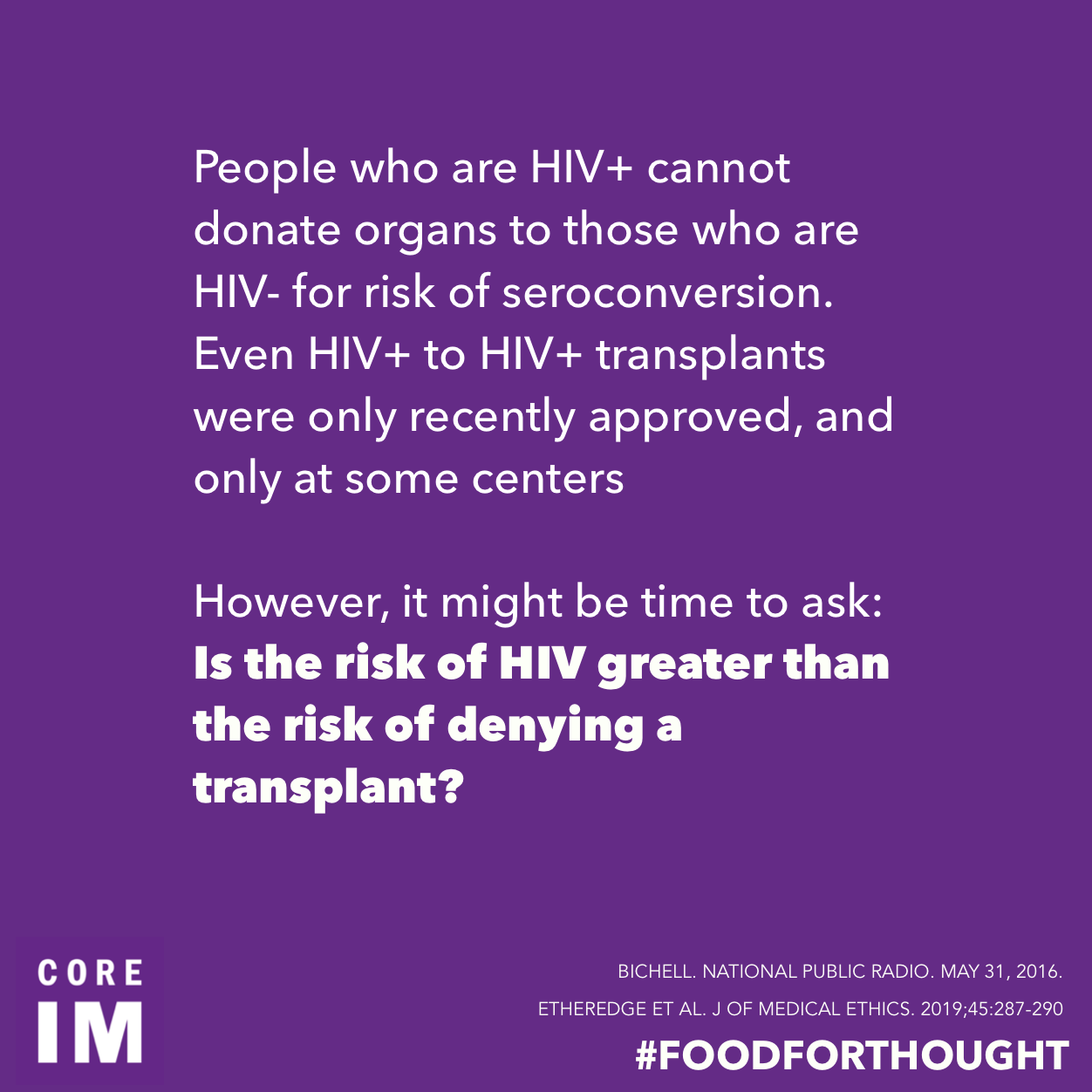 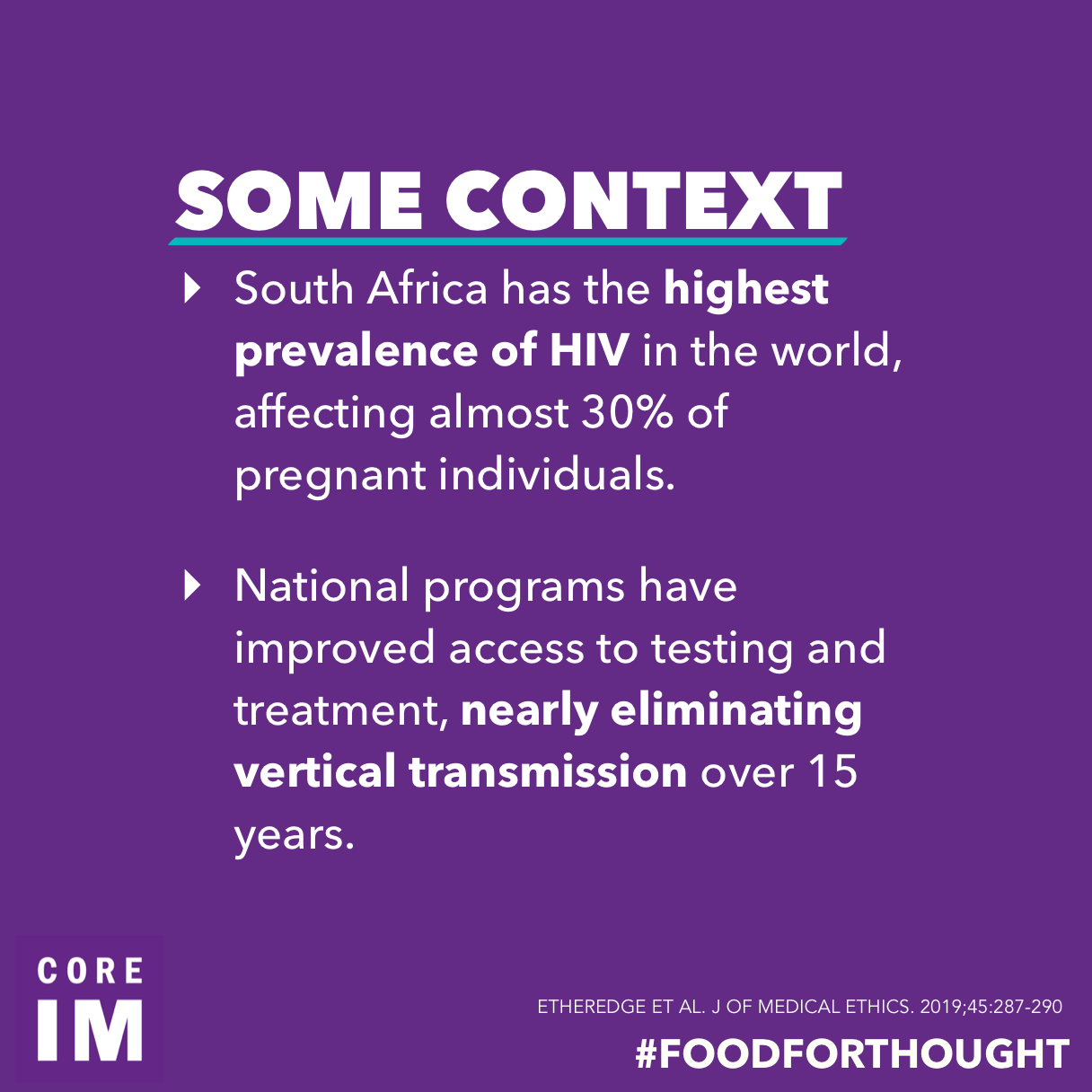 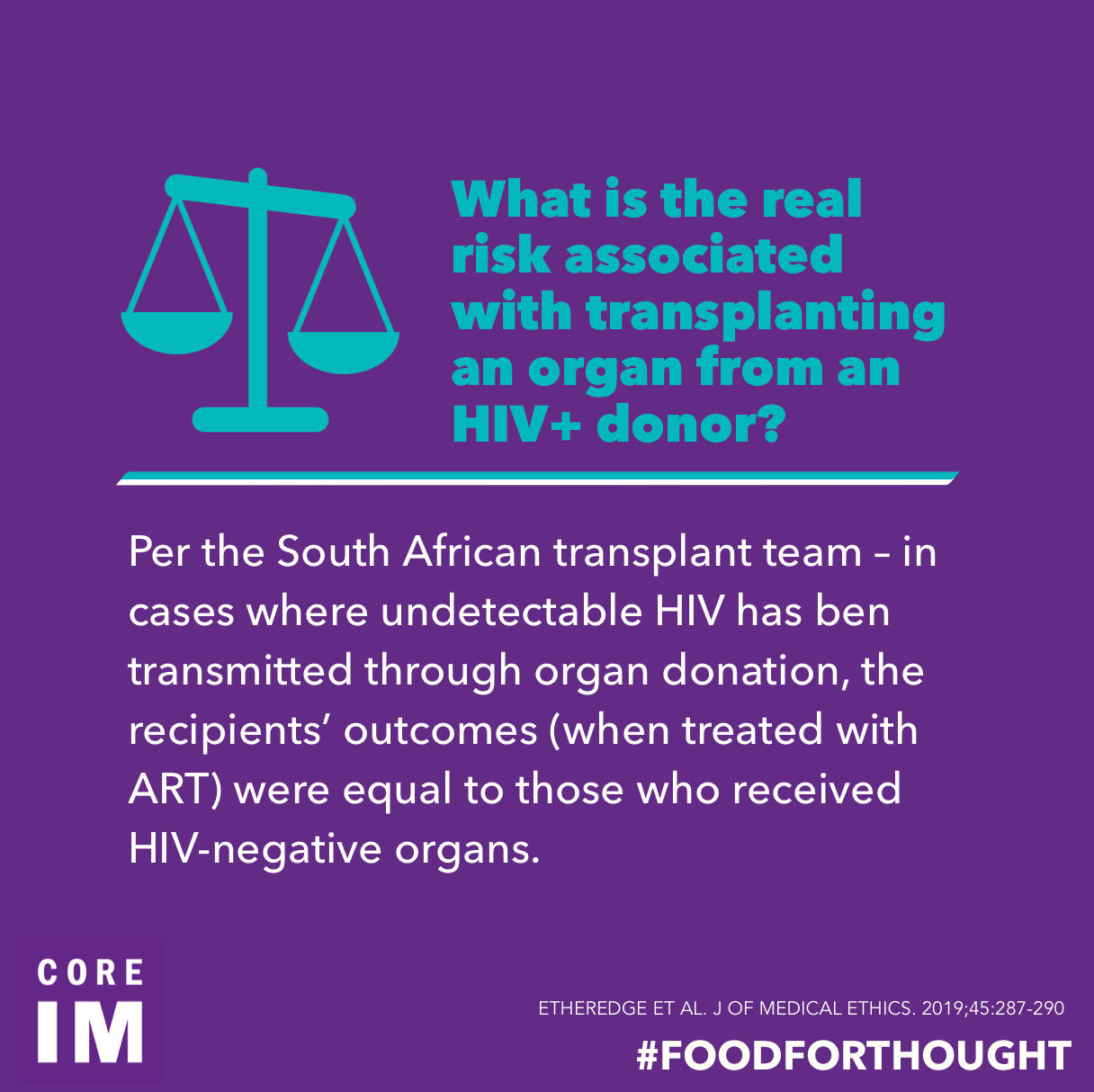 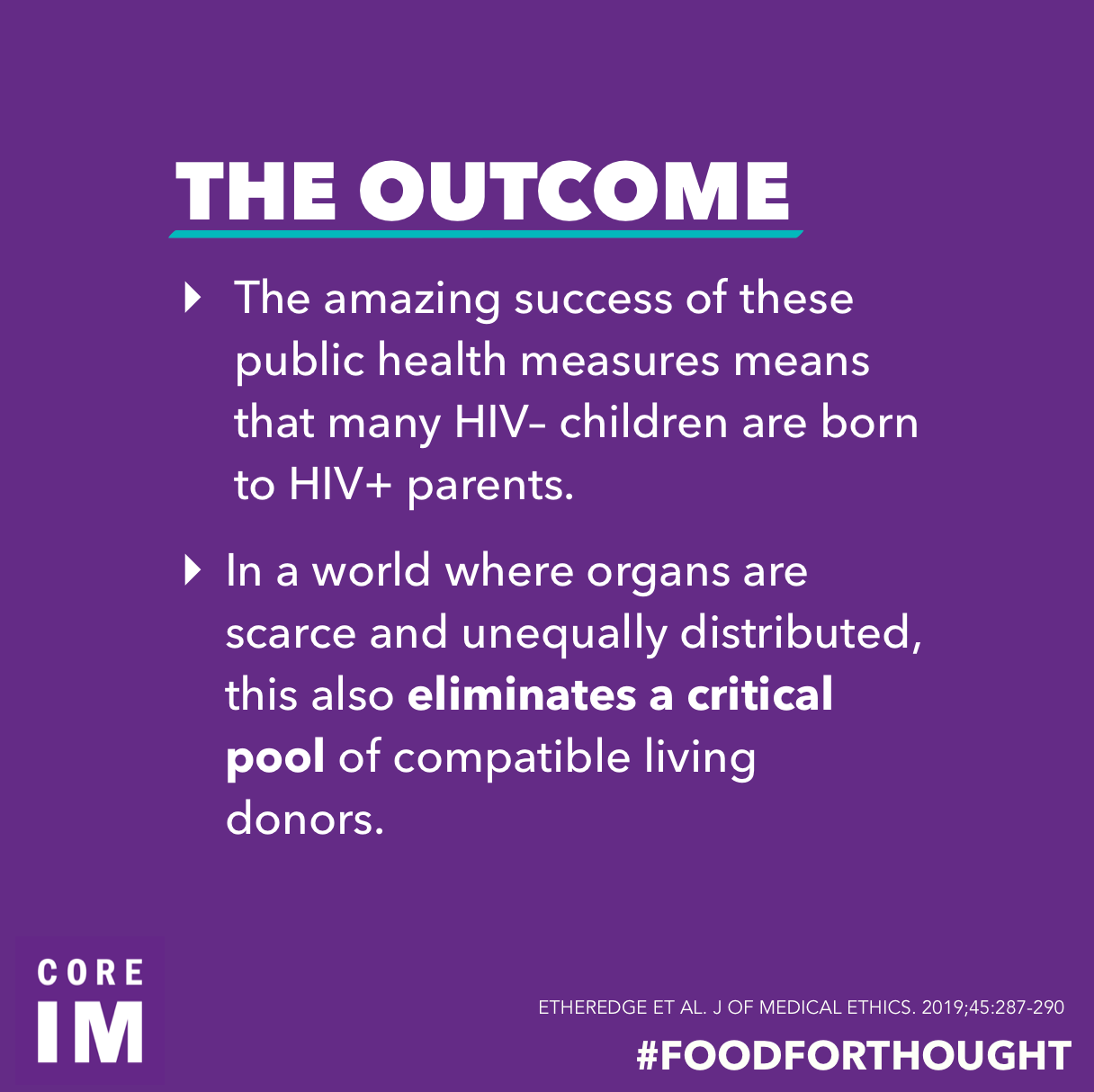 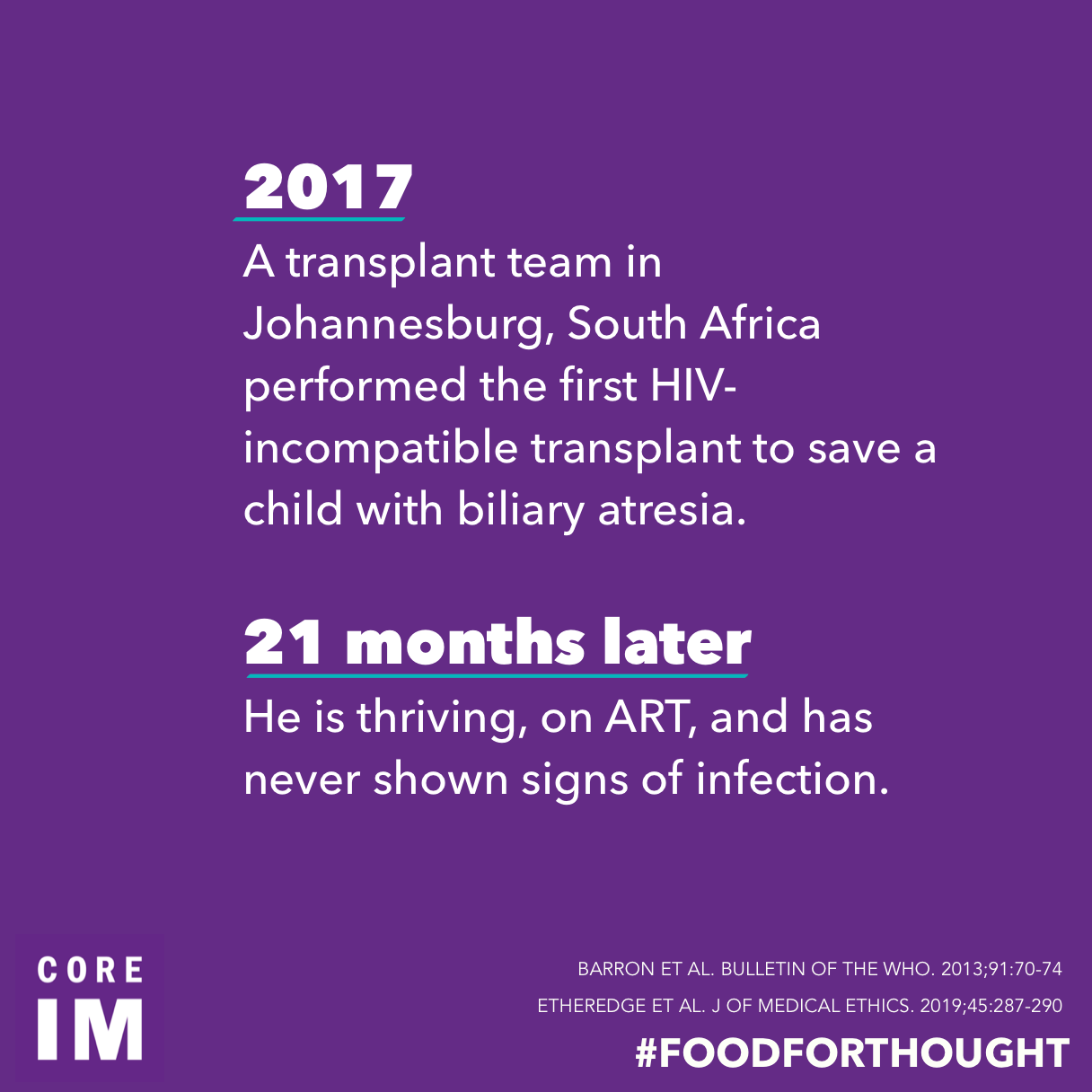 Slide 2: People who are HIV+ cannot donate organs to those who are HIV- for risk of seroconversion. Even HIV+ to HIV+ transplants were only recently approved, and only at some centers. However, it might be time to ask: Is the risk of HIV greater than the risk of denying a transplant?

Slide 3: 2017:A transplant team in Johannesburg, South Africa performed the first HIV-incompatible transplant to save a child with biliary atresia. 21 months later: He is thriving, on ART, and has never shown signs of infection.

Slide 4: SOME CONTEXT: South Africa has the highest prevalence of HIV in the world, affecting almost 30% of pregnant individuals. National programs have improved access to testing and treatment, nearly eliminating vertical transmission over 15 years.

Slide 5: THE OUTCOME: The amazing success of these public health measures means that many HIV– children are born to HIV+ parents. In a world where organs are scarce and unequally distributed, this also eliminates a critical pool of compatible living donors.

Slide 6: What is the real risk associated with transplanting an organ from an HIV+ donor? Per the South African transplant team – in cases where undetectable HIV has ben transmitted through organ donation, the recipients’ outcomes (when treated with ART) were equal to those who received HIV-negative organs.

Slide 7: However – the prospect of intentionally exposing someone to HIV has raised numerous ethical questions. Is iatrogenic HIV infection – and with it, the stigma and possible medical sequelae – ever an acceptable risk for transplant? Can parents consent in the stead of a pediatric patient? When and how are pediatric patients ever informed of the HIV status of their grafts?

The Food For Thought

After exhausting the temporizing treatment options for a child with biliary atresia while awaiting organ donation, a team in Johannesburg, South Africa became the first to knowingly transplant an organ from an HIV-positive donor to her HIV-negative son. The issue opens up a LOT of ethical questions about infection vs survival, consent and assent, and the total grayscale that is “do no harm.”