Hypertonic saline (for treatment of CF) was discovered incidentally by which athletes? 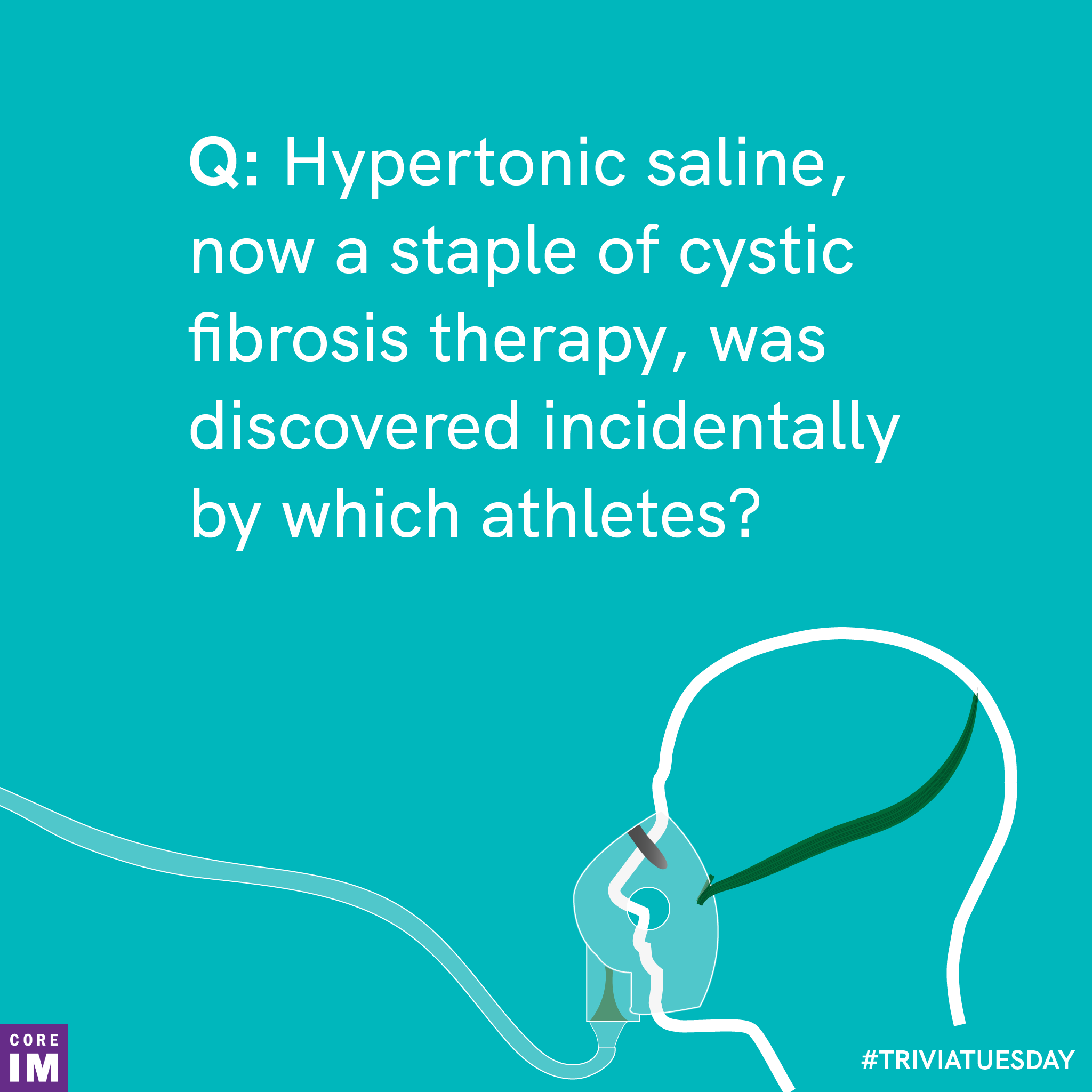 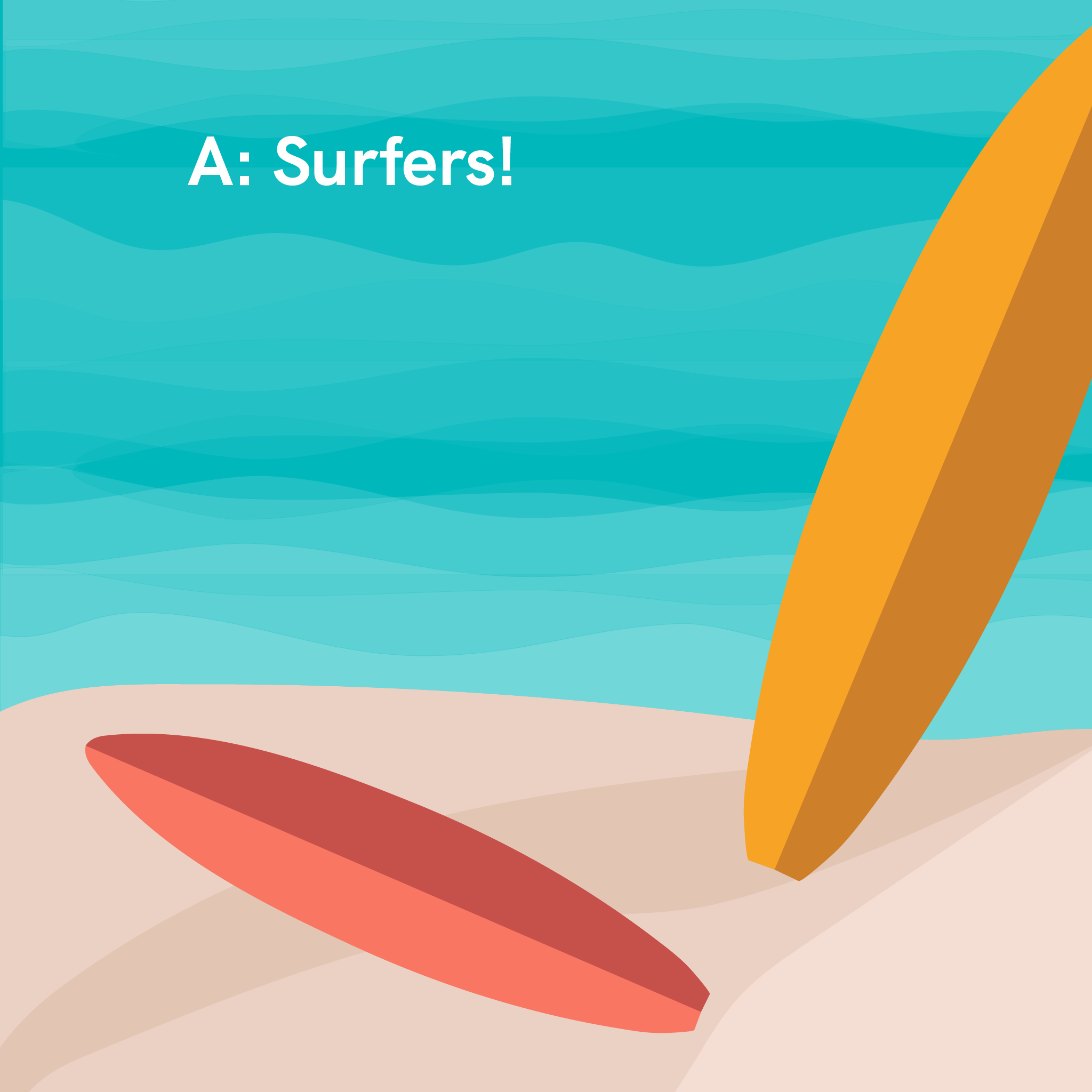 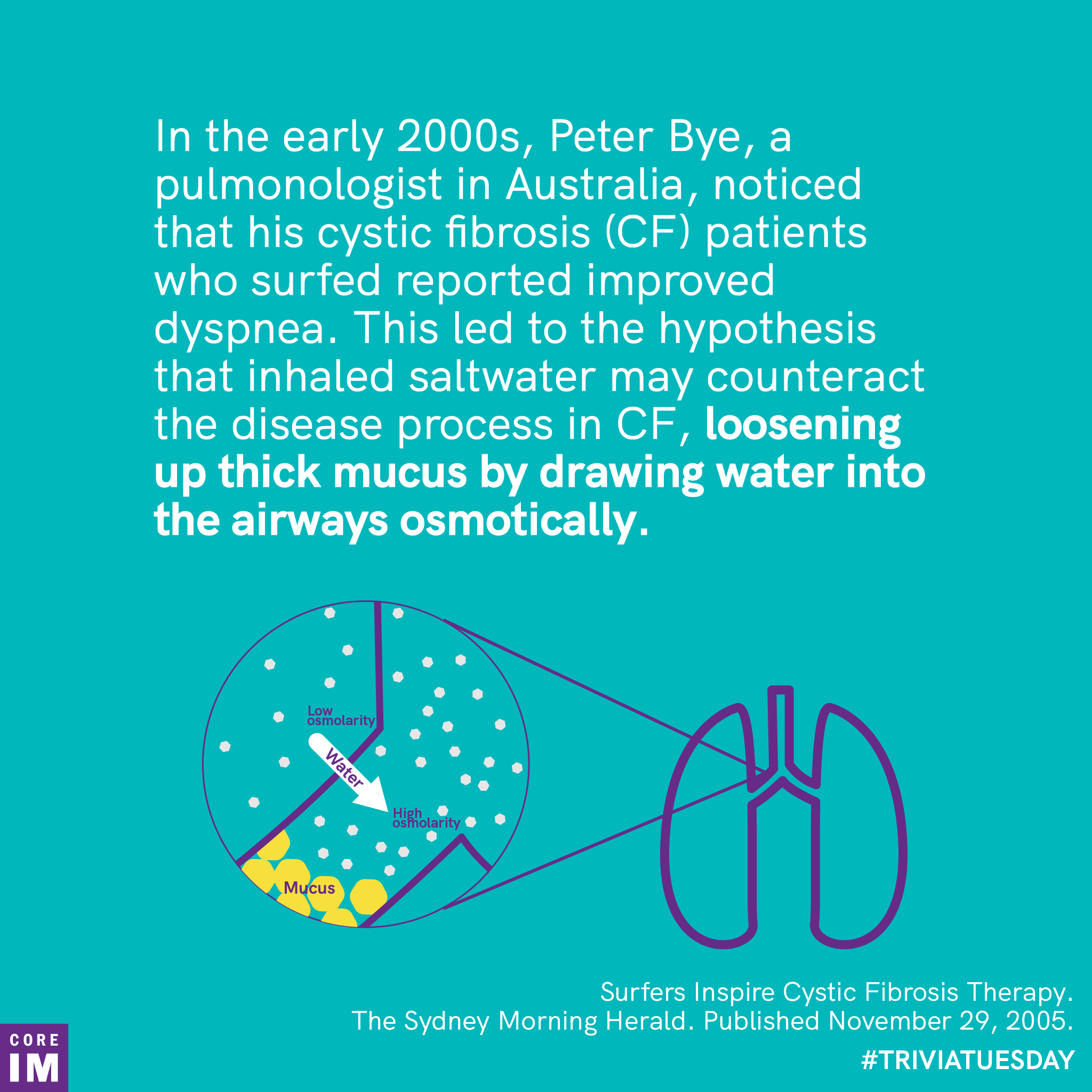 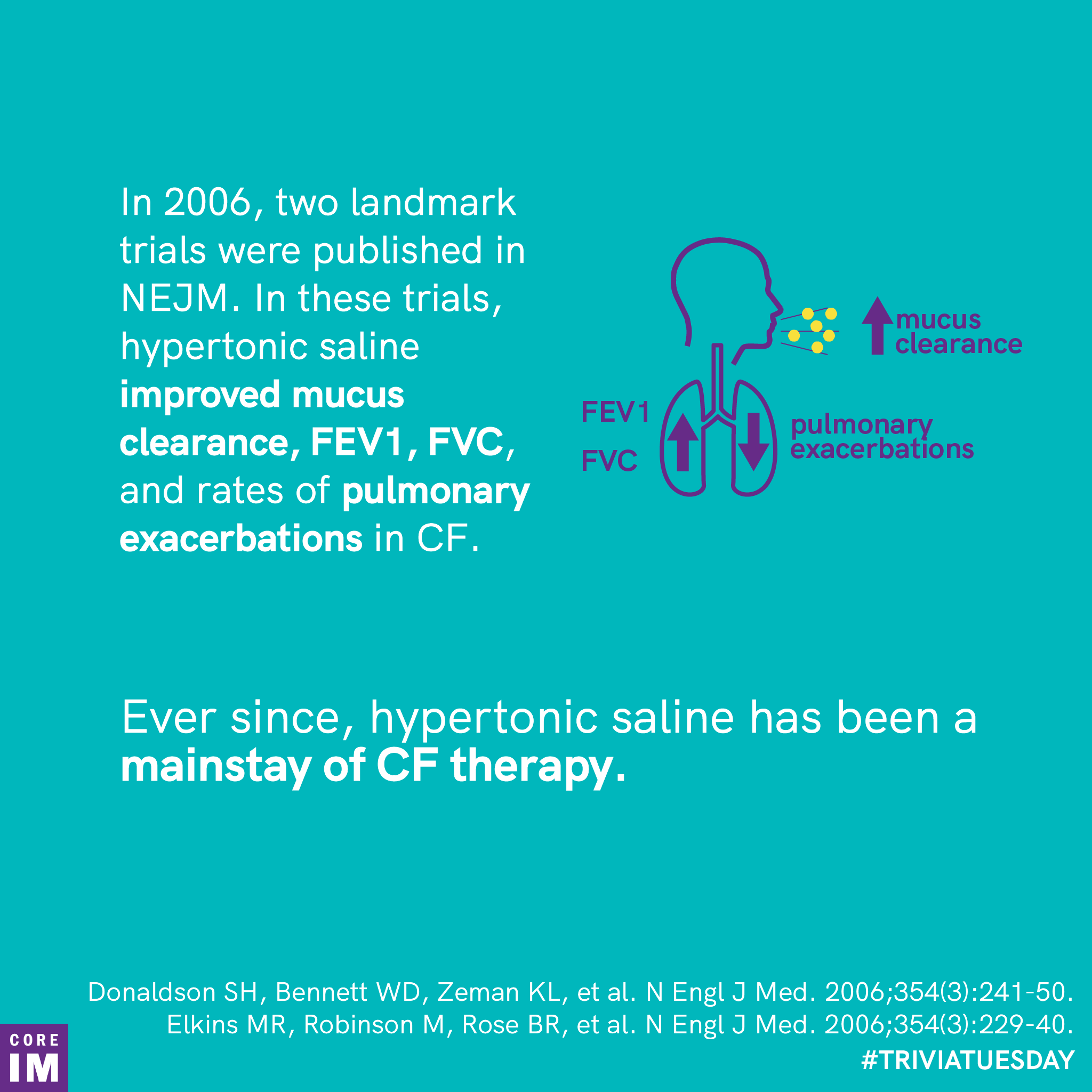 Previous Next
Slide 1: Hypertonic saline, now a staple of cystic fibrosis therapy, was discovered incidentally by which athletes?

Slide 3: In the early 2000s, Peter Bye, a pulmonologist in Australia, noticed that his cystic fibrosis (CF) patients who surfed reported improved dyspnea. This led to the hypothesis that inhaled saltwater may counteract the disease process in CF, loosening up thick mucus by drawing water into the airways osmotically.

Slide 4: In 2006, two landmark trials were published in NEJM. In these trials, hypertonic saline improved mucus clearance, FEV1, FVC, and rates of pulmonary exacerbations in CF. Ever since, hypertonic saline has been a mainstay of CF therapy.