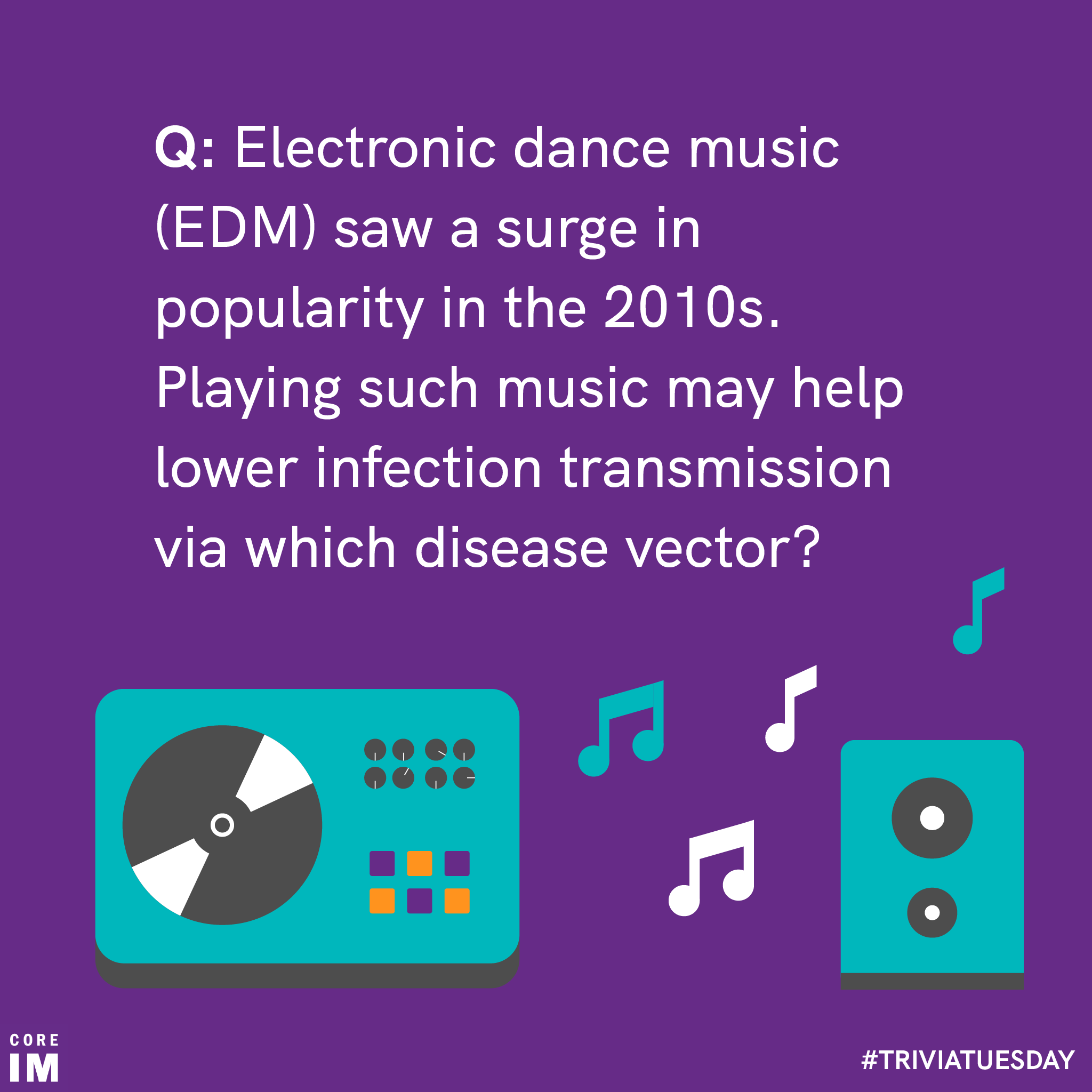 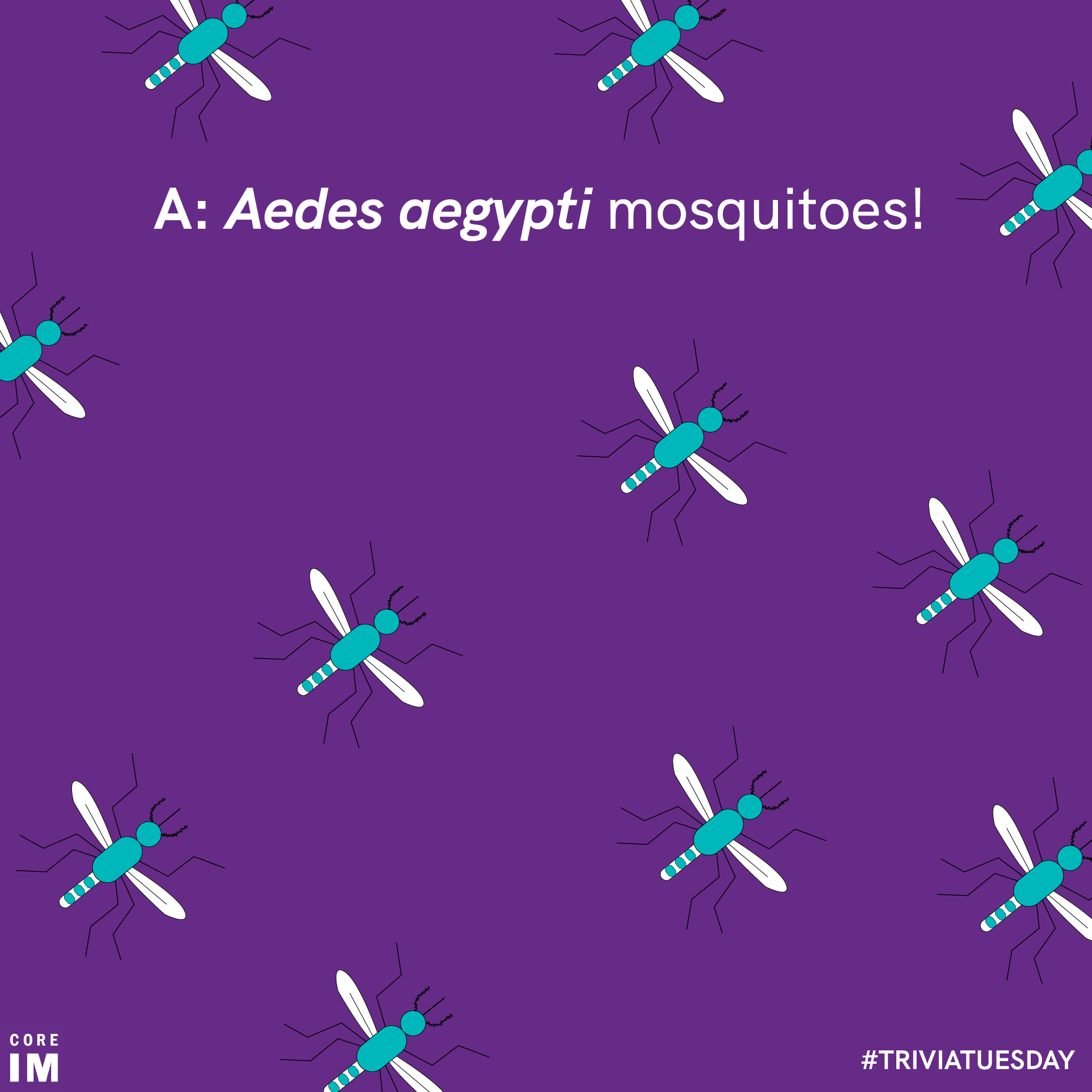 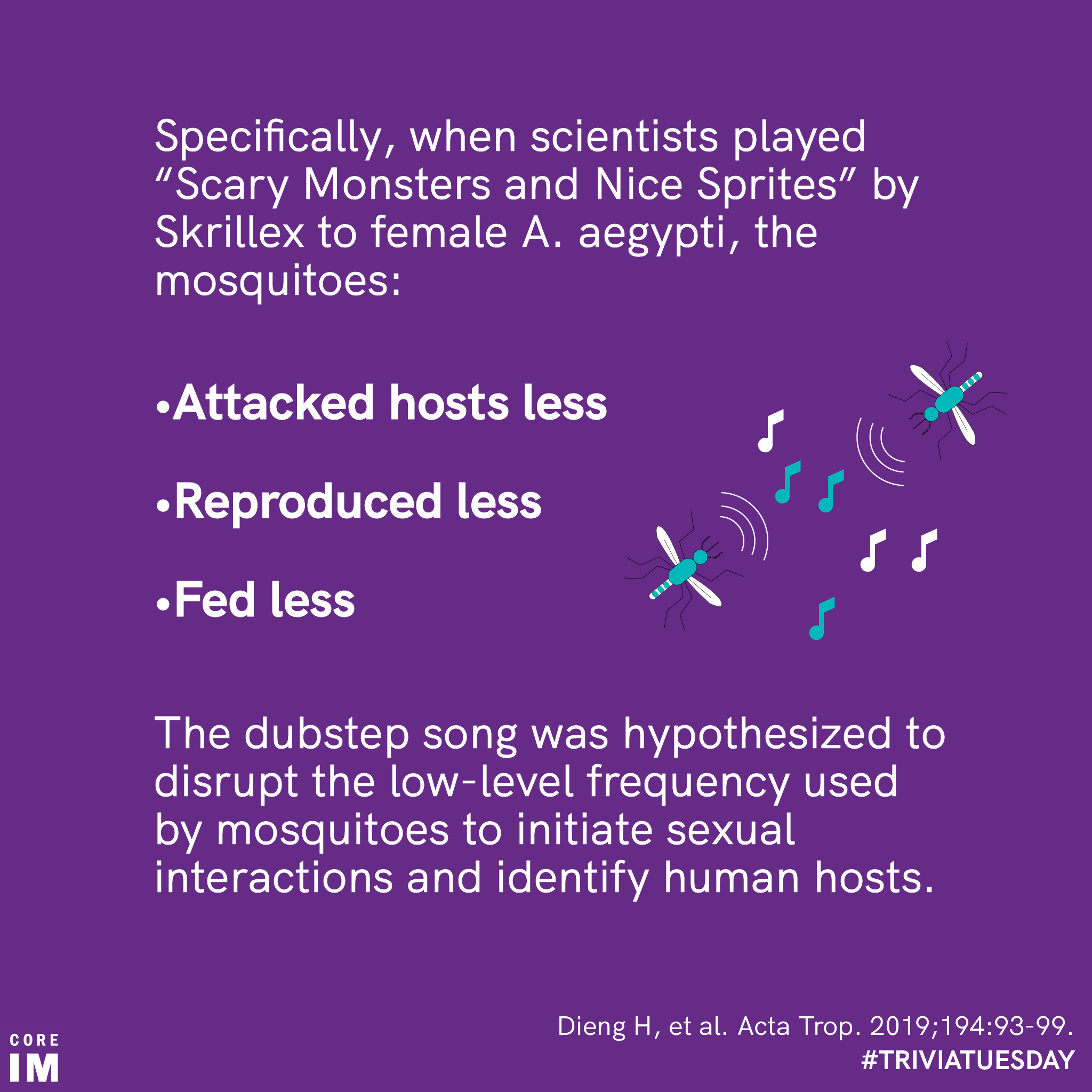 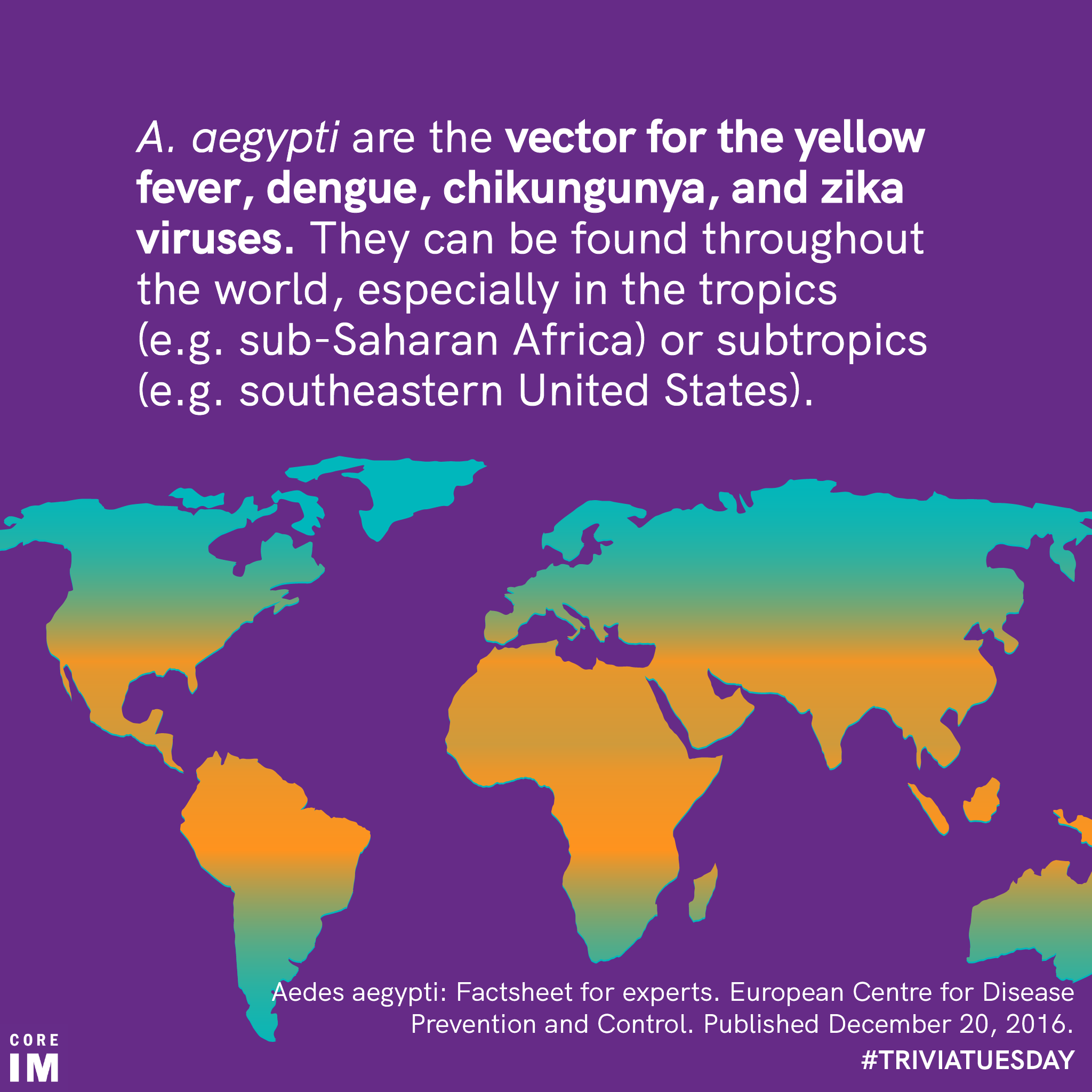 Slide 1: Question. Electronic dance music (EDM) saw a surge in popularity in the 2010s. Playing such music may help lower infection transmission via which disease vector?

Slide 4: Aedes aegypti are the vector for the yellow fever, dengue, chikungunya, and zika viruses. They can be found throughout the world, especially in the tropics, such as sub-Saharan Africa, or subtropics, such as southeastern United States.