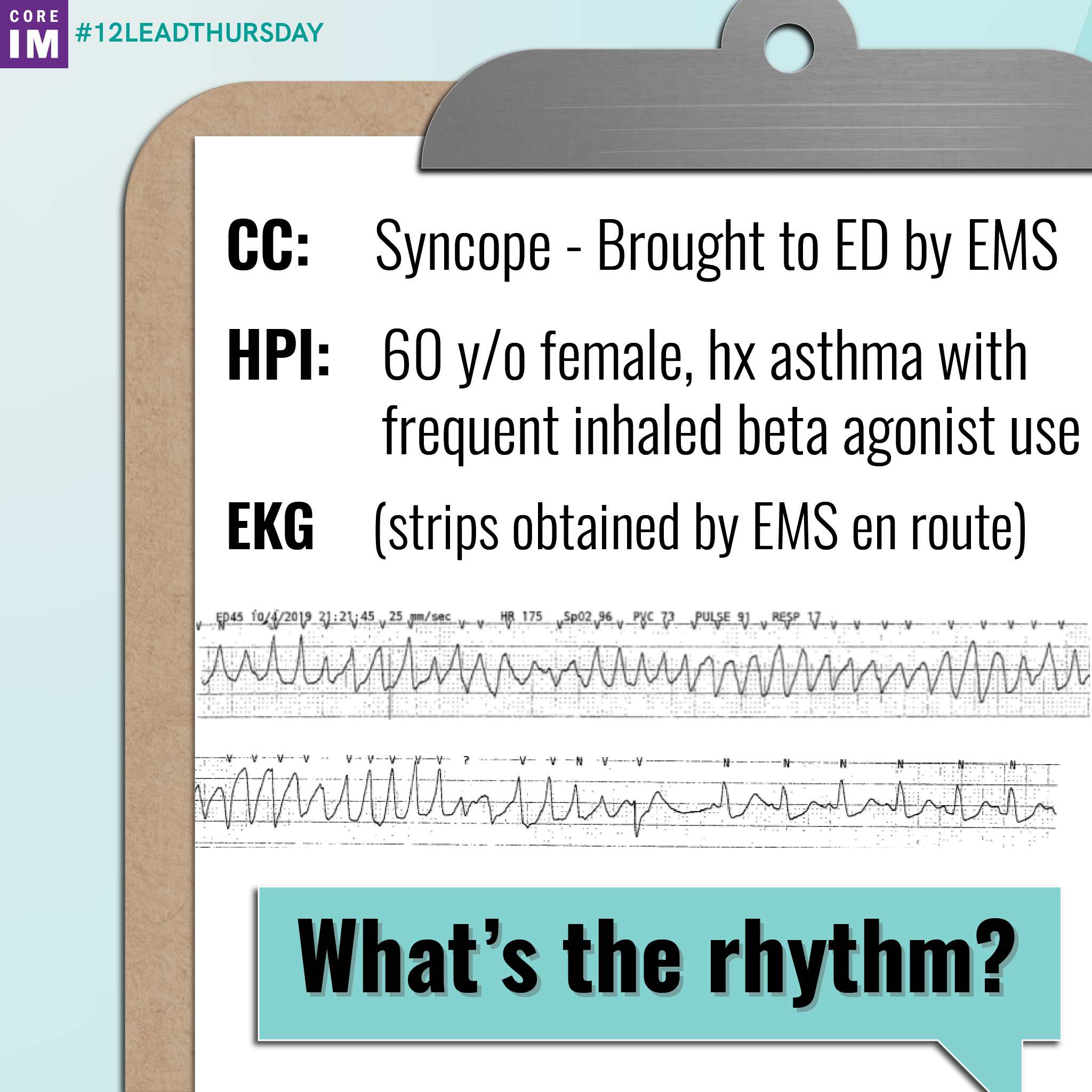 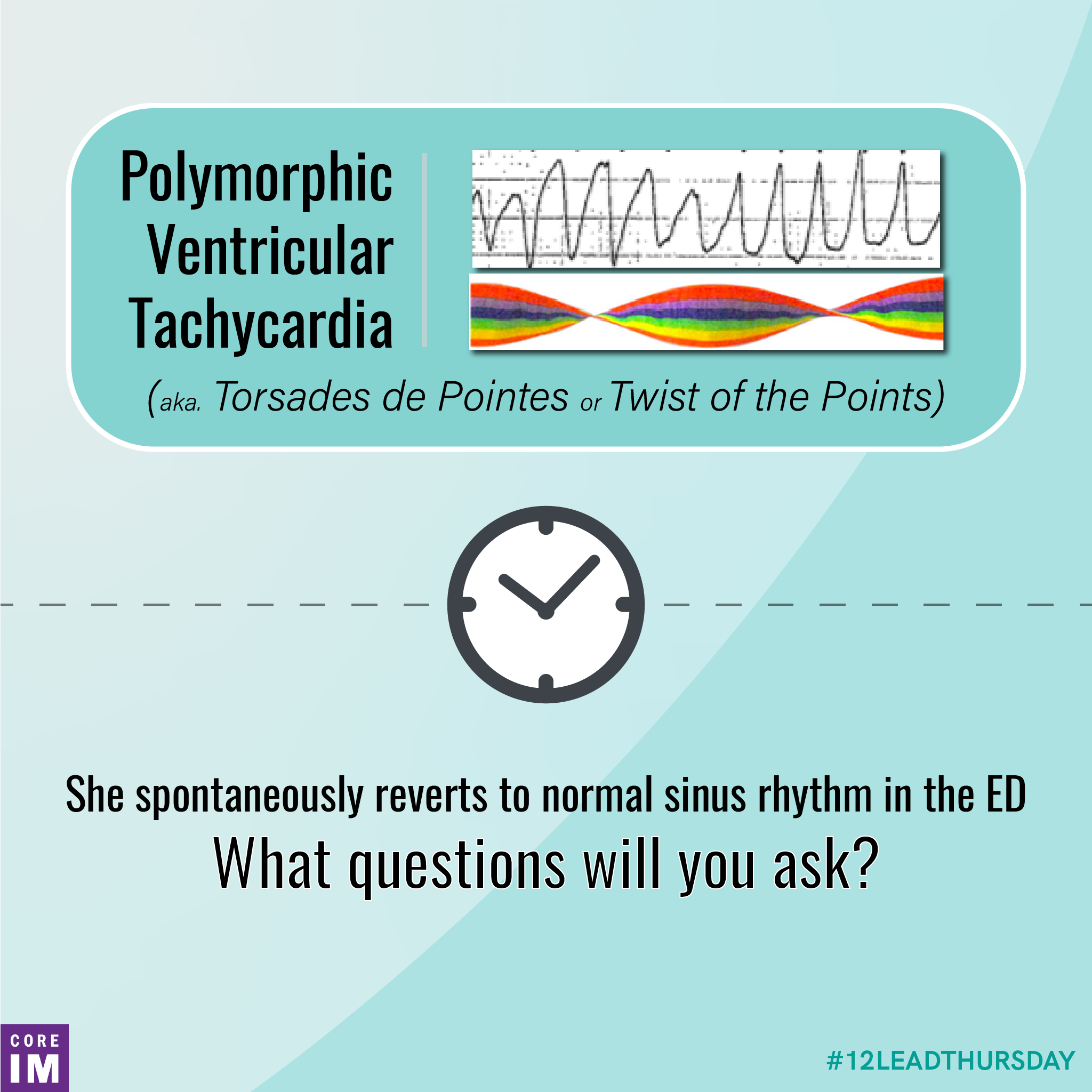 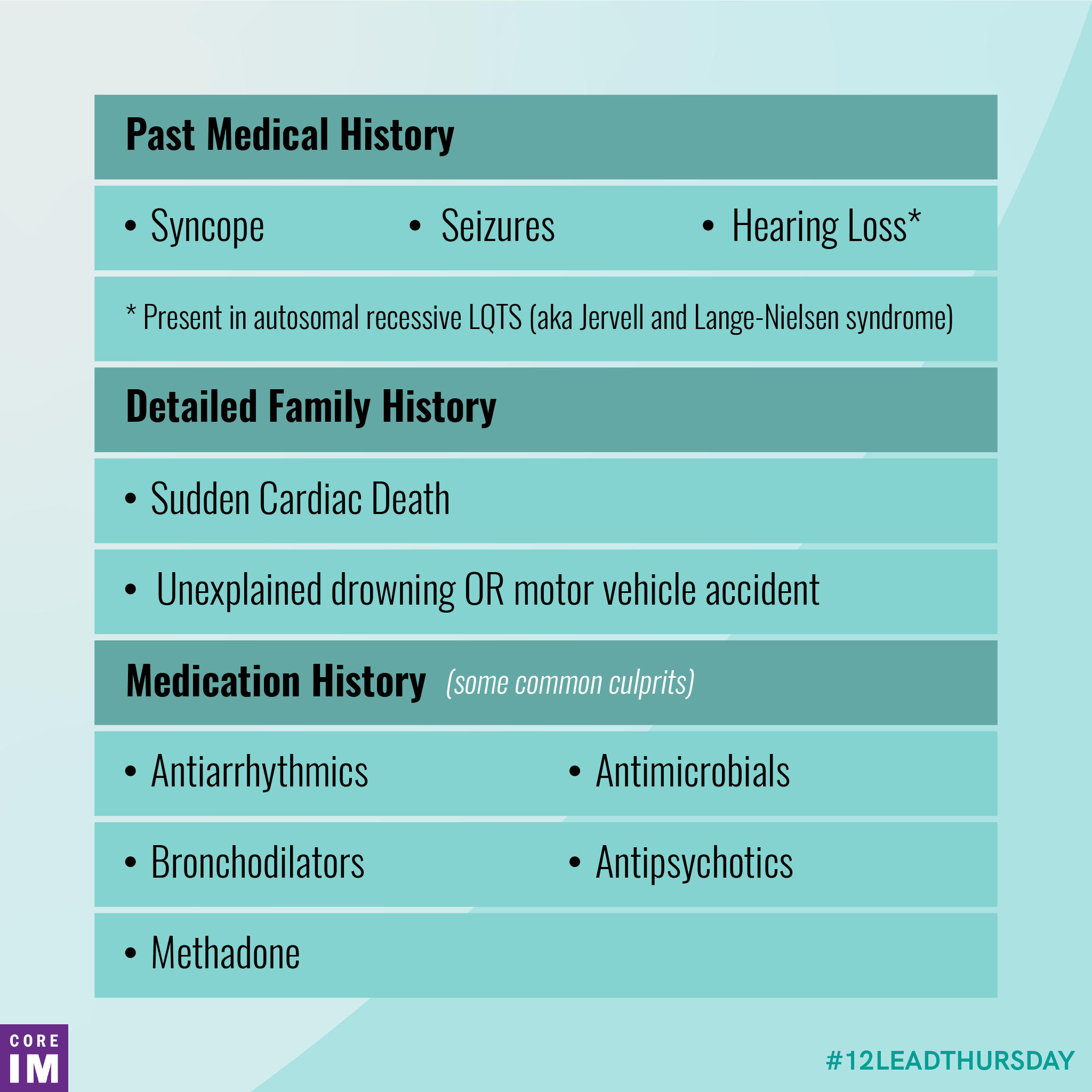 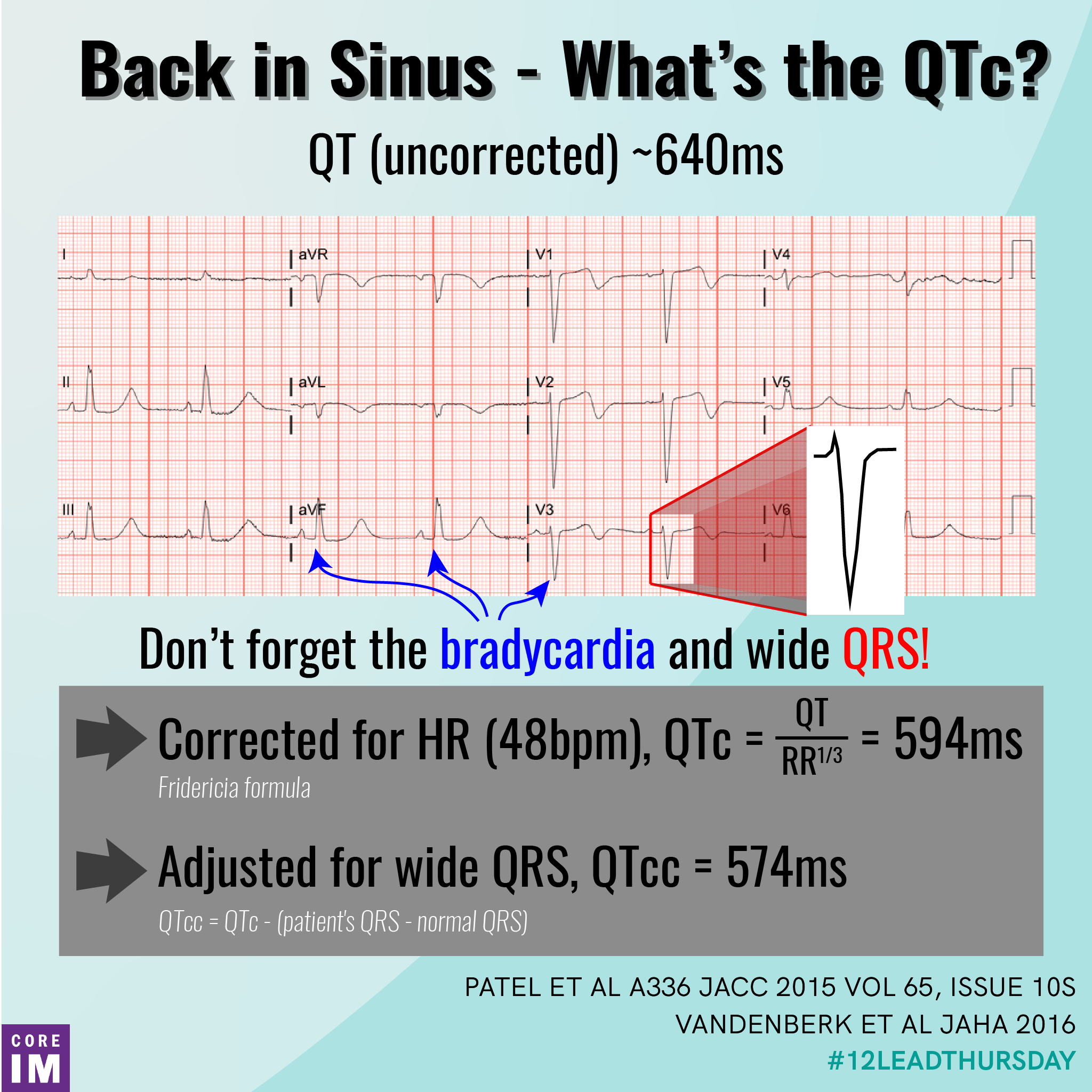 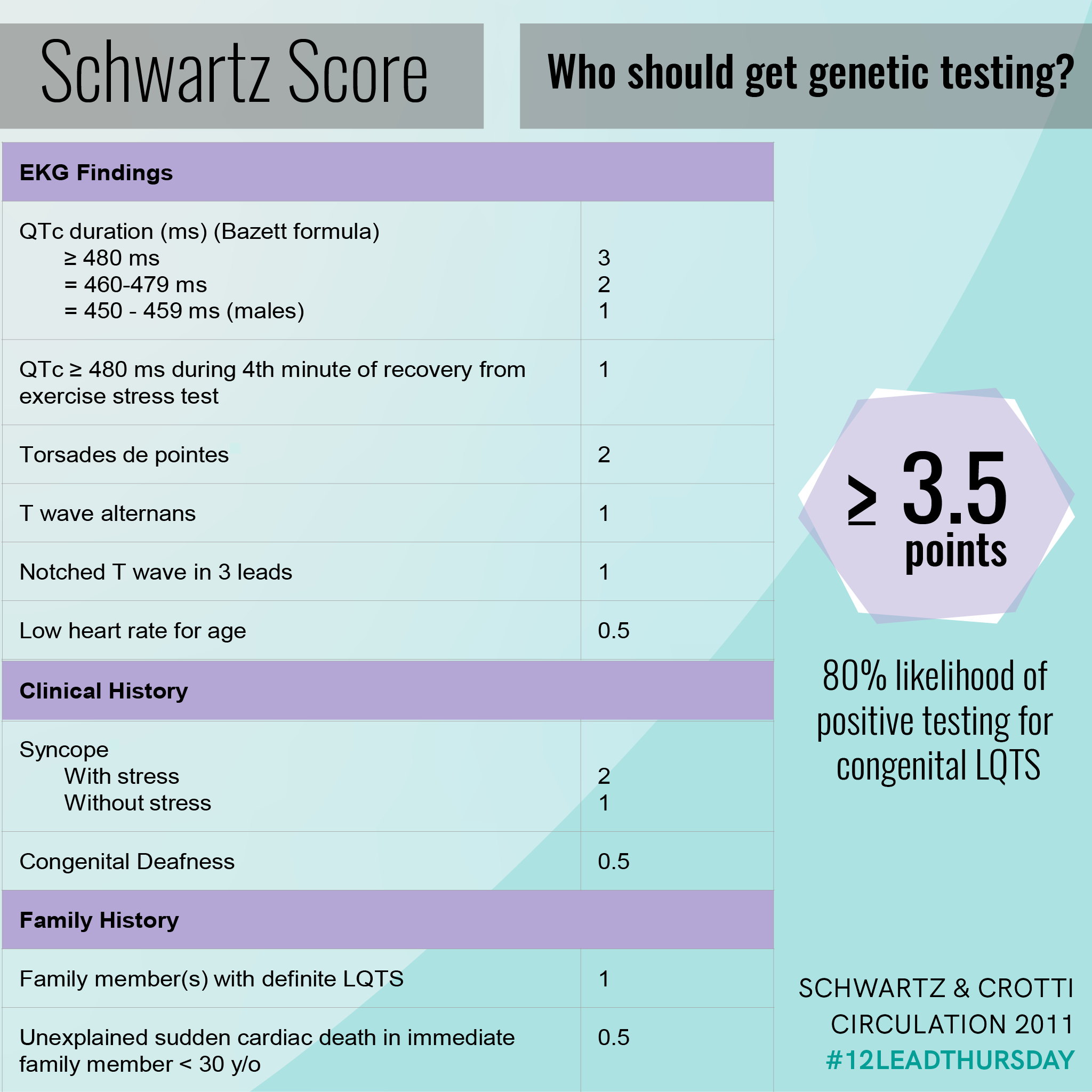 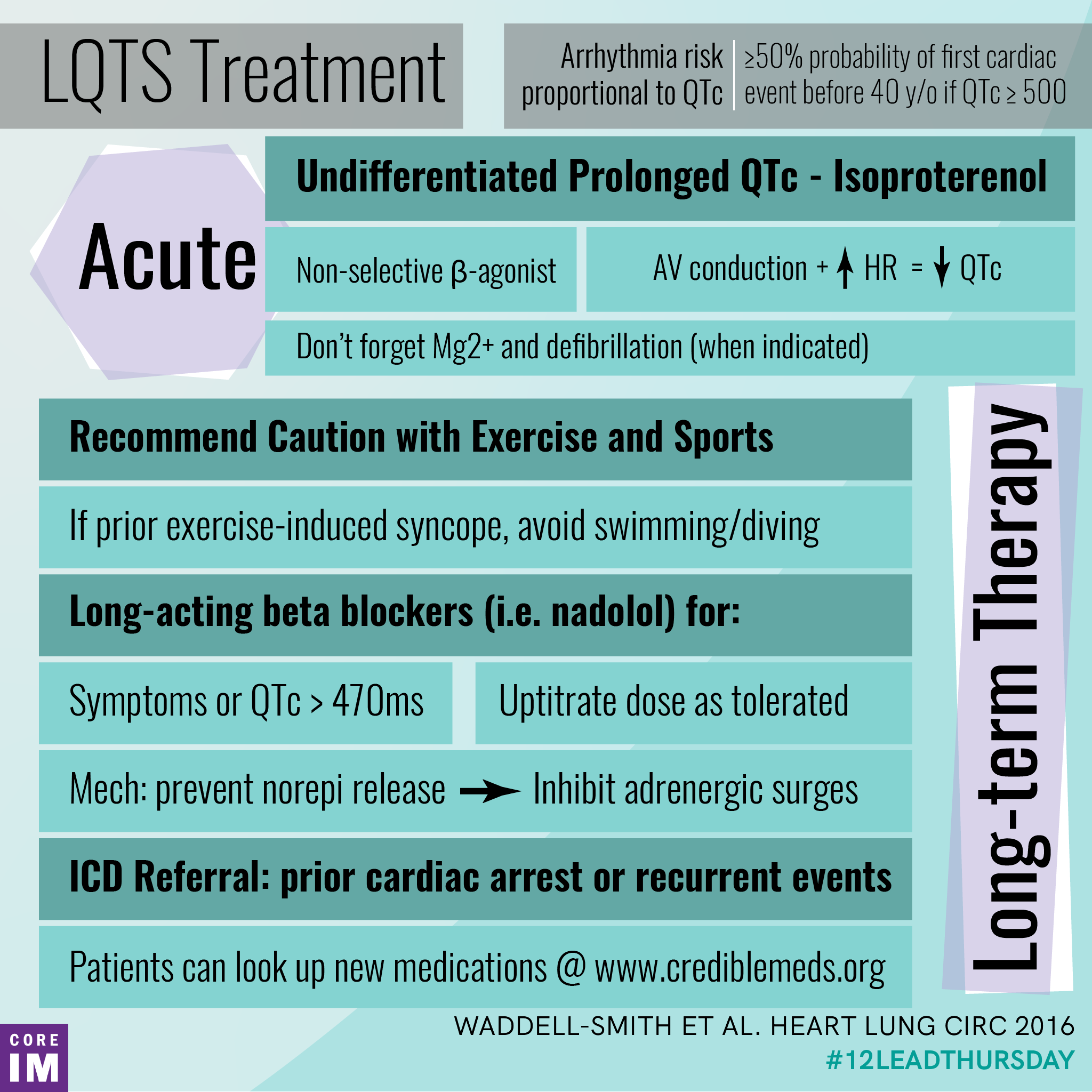 Slide 2: Polymorphic ventricular tachycardia. Also known as torsades de pointes or twist of the points. She spontaneously reverts to normal sinus rhythm in the ED. What questions will you ask?

Slide 4: Back in sinus. What’s the QTc? QT, uncorrected, is approximately 640 ms. But, don’t forget the bradycardia and wide QRS! Corrected for heart rate (which is 48 bpm), QTc equals QT divided by RR raised to the 1/3 exponent. This is equal to 594 ms. Based on Fridericia formula. Adjusted for wide QRS, QTcc equals 574 ms. QTcc equals QTc minus the difference between the patient’s QRS and a normal QRS.