What was the most common cause of death in the influenza pandemic of 1918? 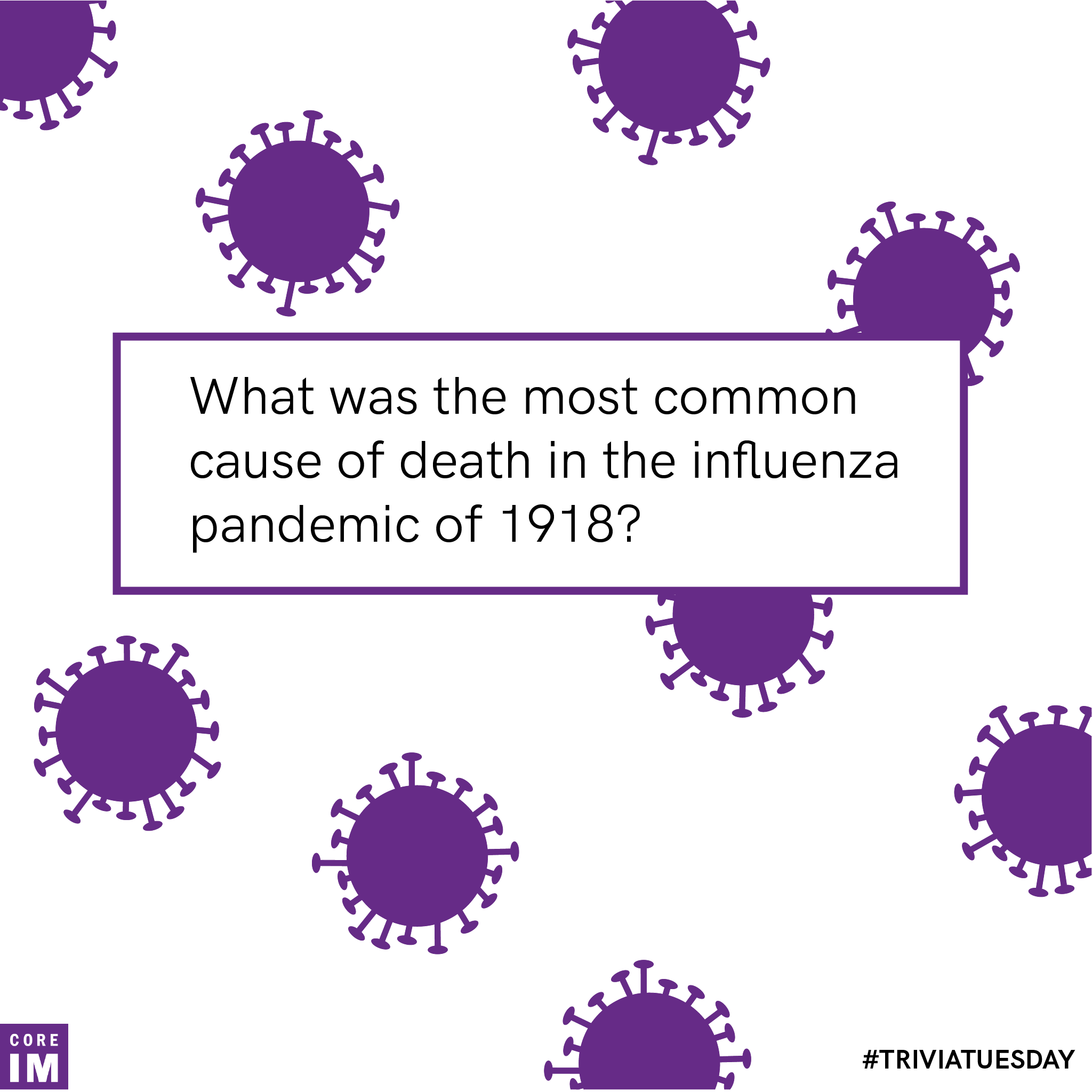 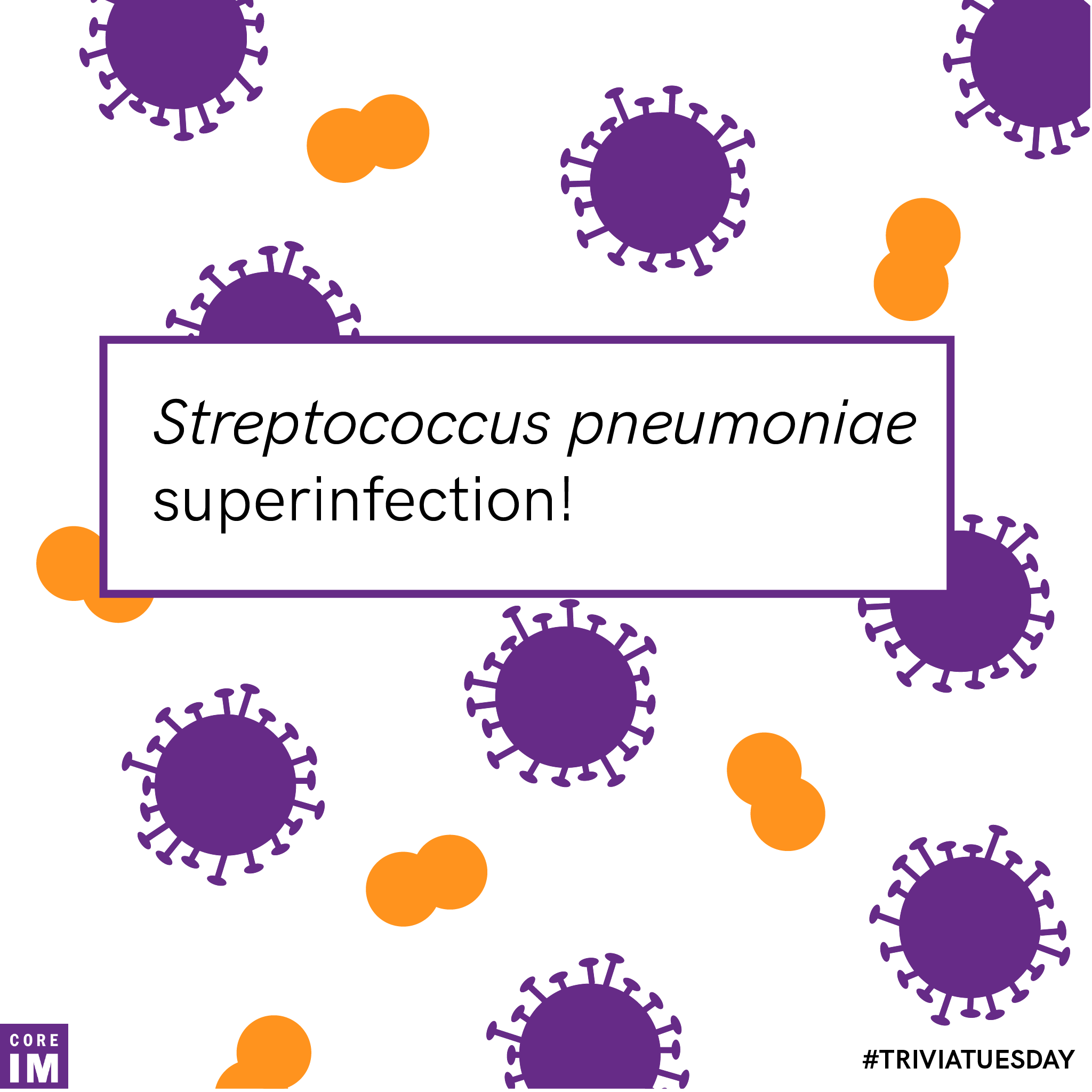 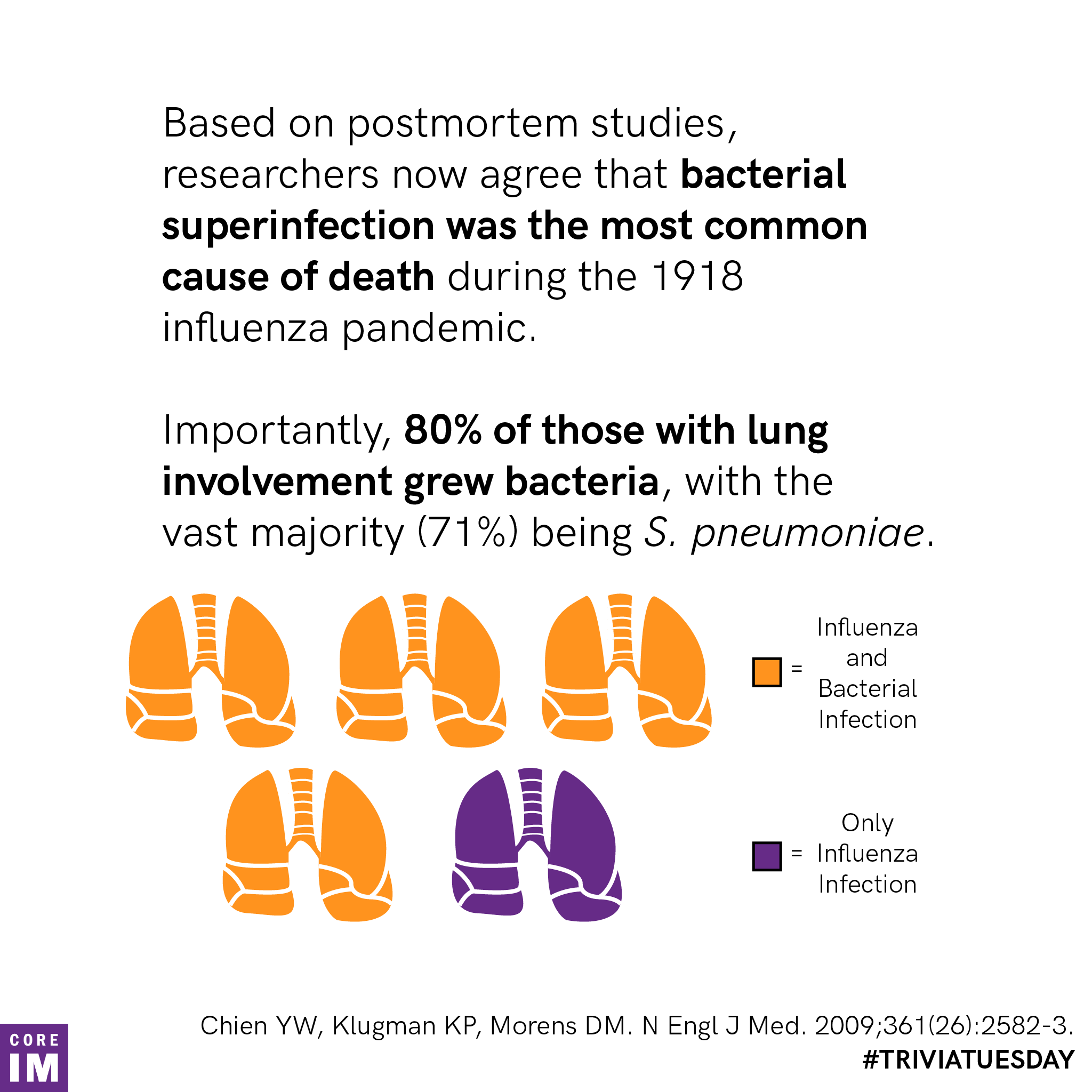 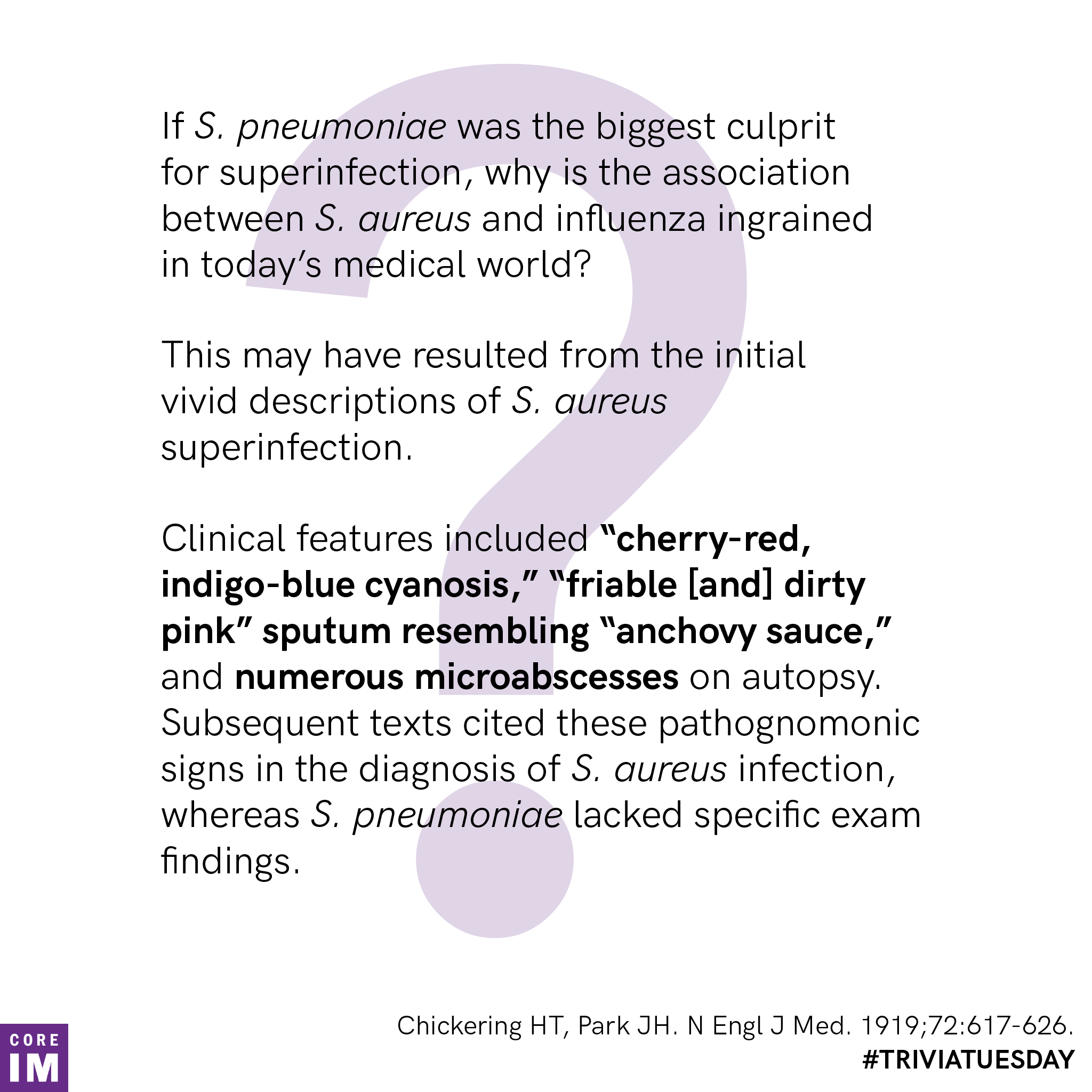 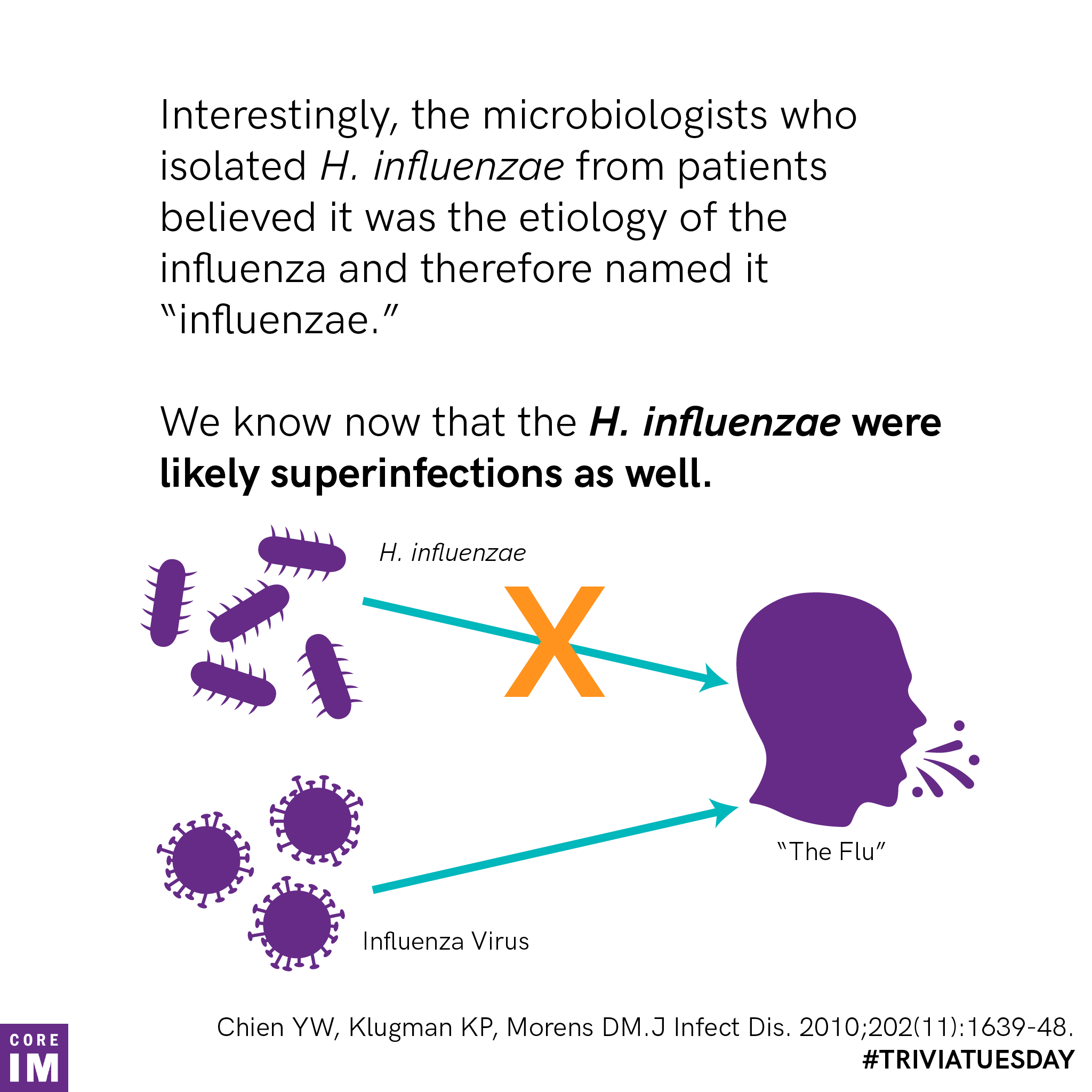 Slide 1: What was the most common cause of death in the influenza pandemic of 1918?

Slide 4: If S. pneumoniae was the biggest culprit for superinfection, why is the association between S. aureus and influenza ingrained in today’s medical world? This may have resulted from the initial vivid descriptions of S. aureus superinfection. Clinical features included “cherry-red, indigo-blue cyanosis,” “friable [and] dirty pink” sputum resembling “anchovy sauce,” and numerous micro abscesses on autopsy. Subsequent texts cited these pathognomonic signs in the diagnosis of S. aureus infection, whereas S. pneumoniae lacked specific exam findings.

Slide 5: Interestingly, the microbiologists who isolated H. influenzae from patients believed it was the etiology of the influenza and therefore named it “influenzae.” We know now that the H. influenzae were likely superinfections as well.