Prior to the advent of MRI technology, which “test” was used to diagnose multiple sclerosis? 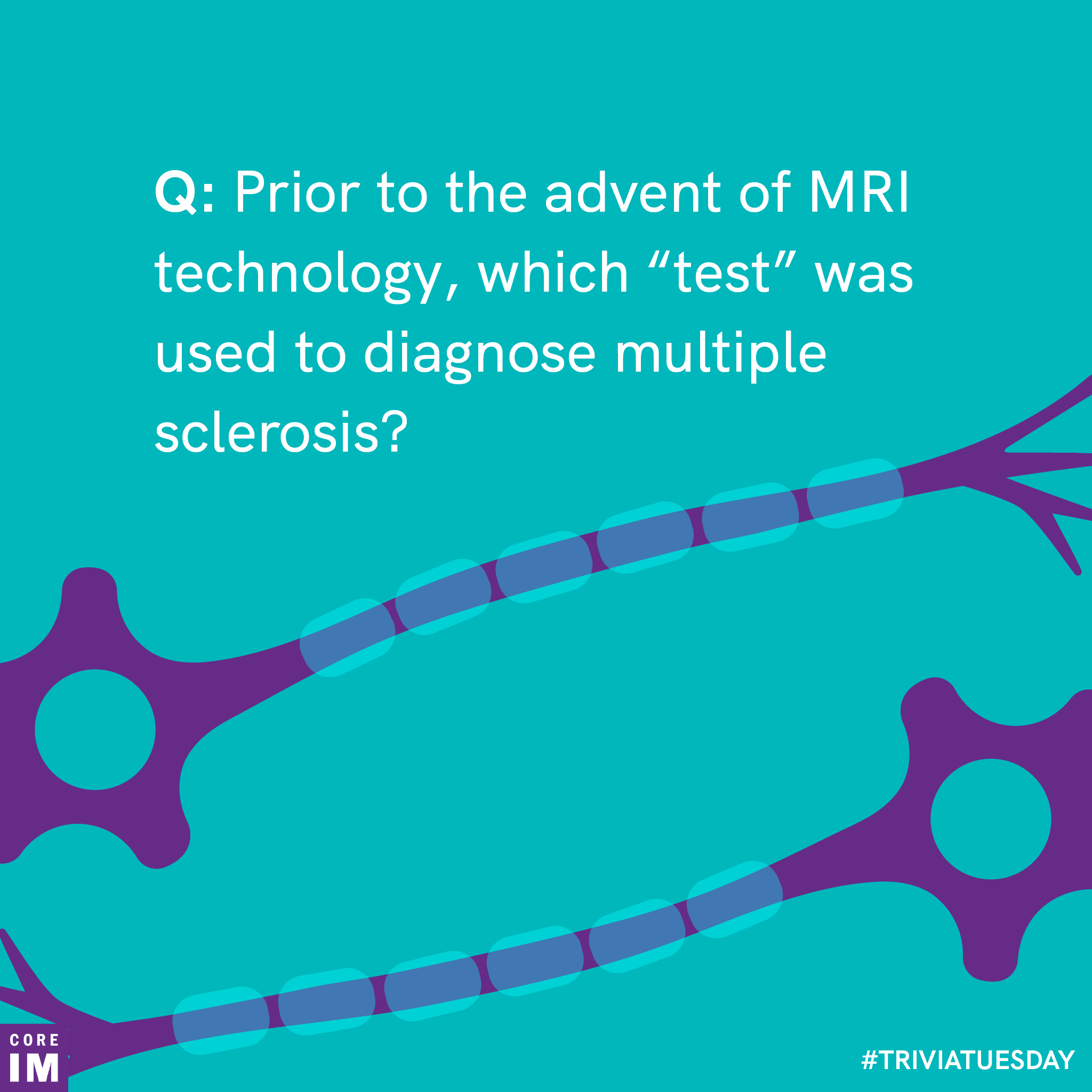 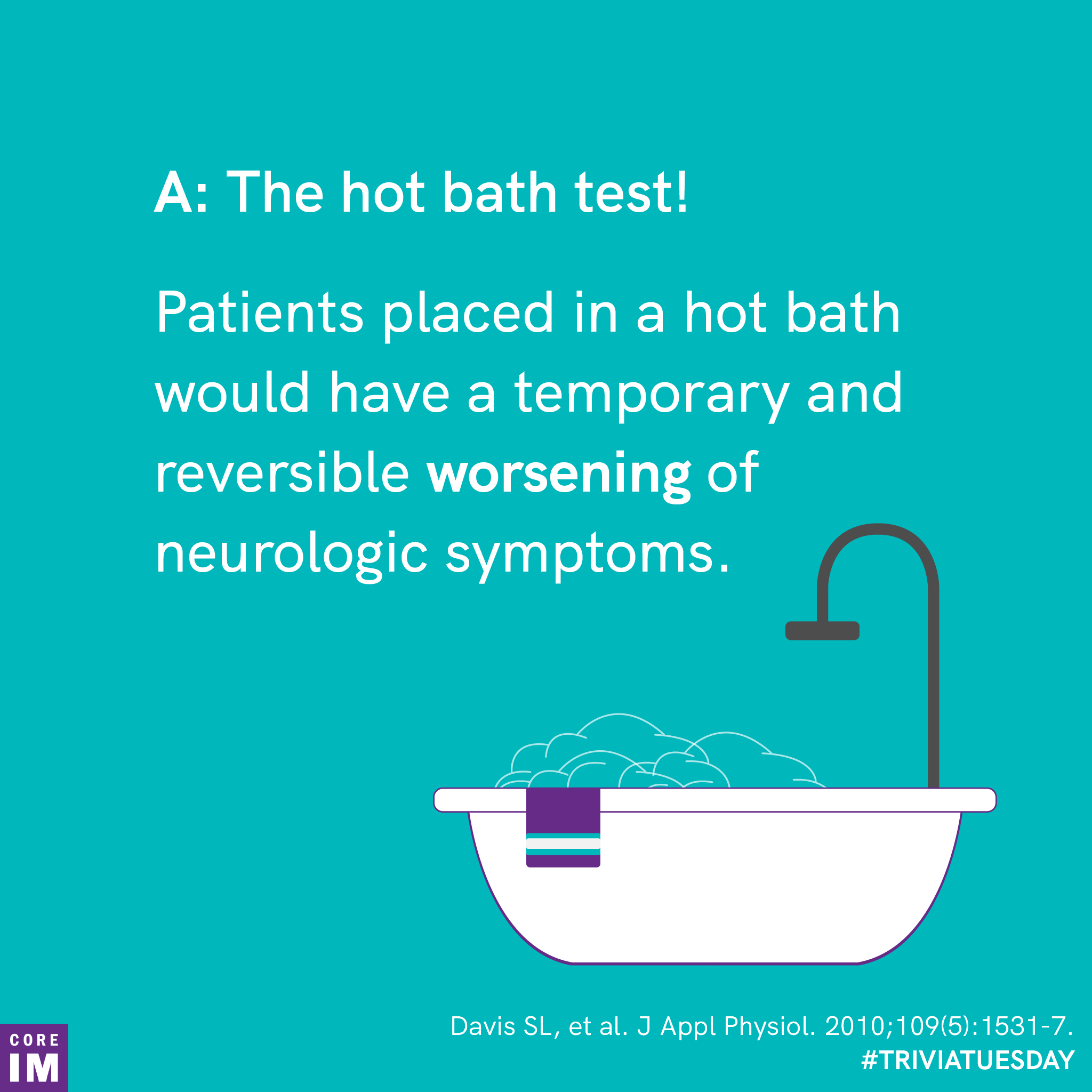 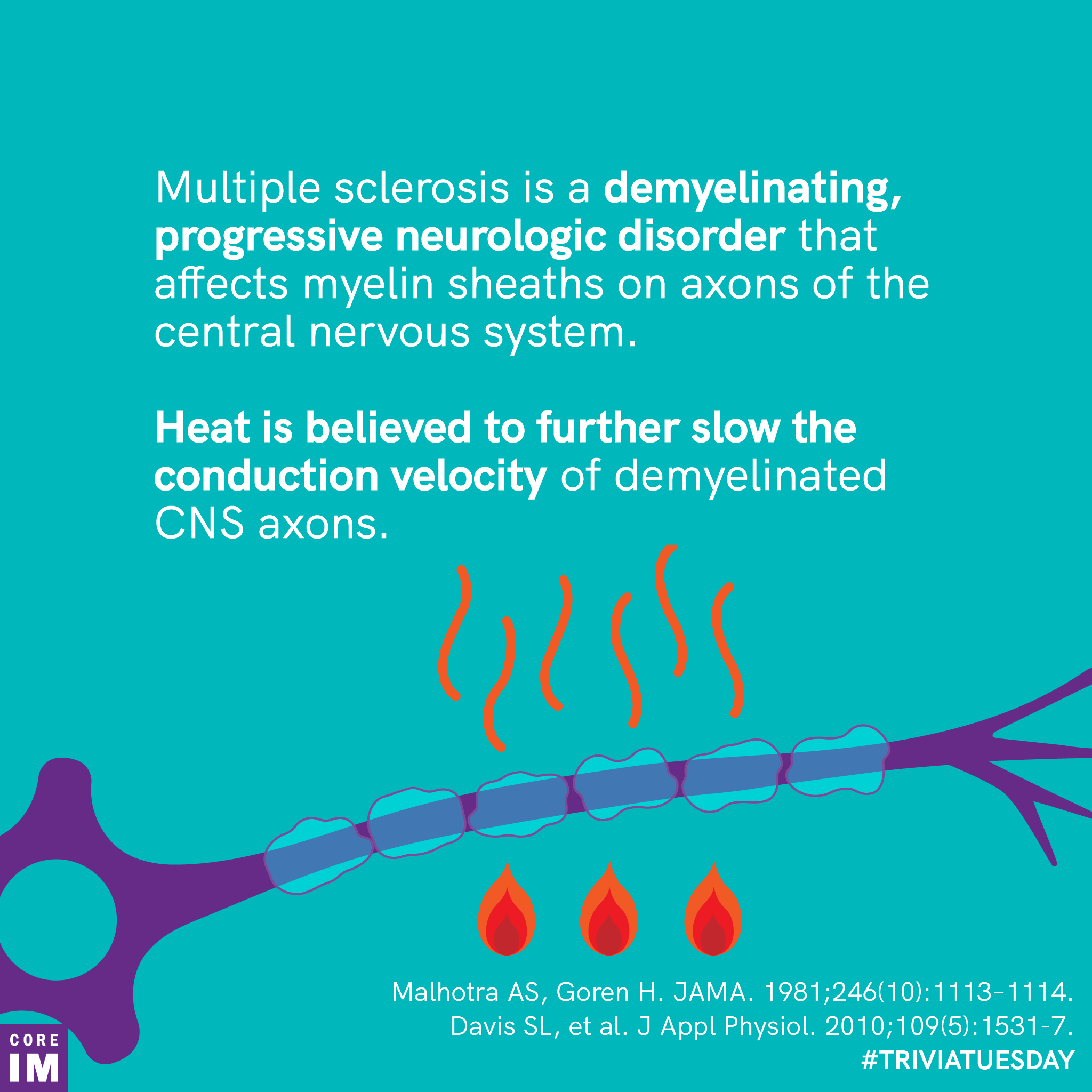 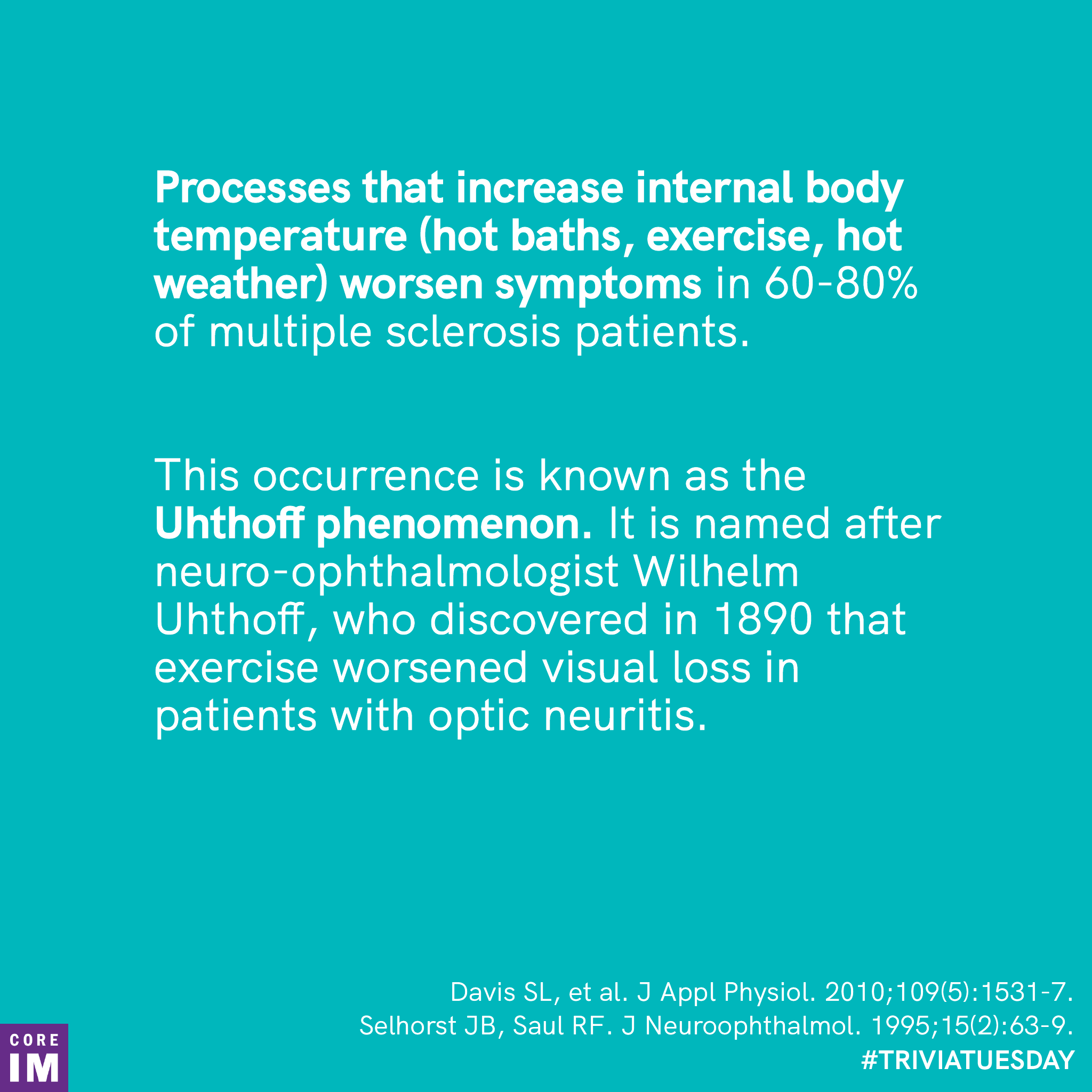 Slide 1: Question. Prior to the advent of MRI technology, which “test” was used to diagnose multiple sclerosis?

Slide 2: Answer. The hot bath test! Patients placed in a hot bath would have a temporary and reversible worsening of neurologic symptoms.

Slide 3: Multiple sclerosis is a demyelinating, progressive neurologic disorder that affects myelin sheaths on axons of the central nervous system. Heat is believed to further slow the conduction velocity of demyelinated CNS axons.

Slide 4: Processes that increase internal body temperature (such as hot baths, exercise, and hot weather) worsen symptoms in 60 to 80 percent of multiple sclerosis patients. This occurrence is known as the Uhthoff phenomenon. It is named after neuro-opthalmologist Wilhelm Uhthoff, who discovered in 1890 that exercise worsened visual loss in patients with optic neuritis.