Which carbonated beverages have historically contained psychoactive medications only available by prescription today? 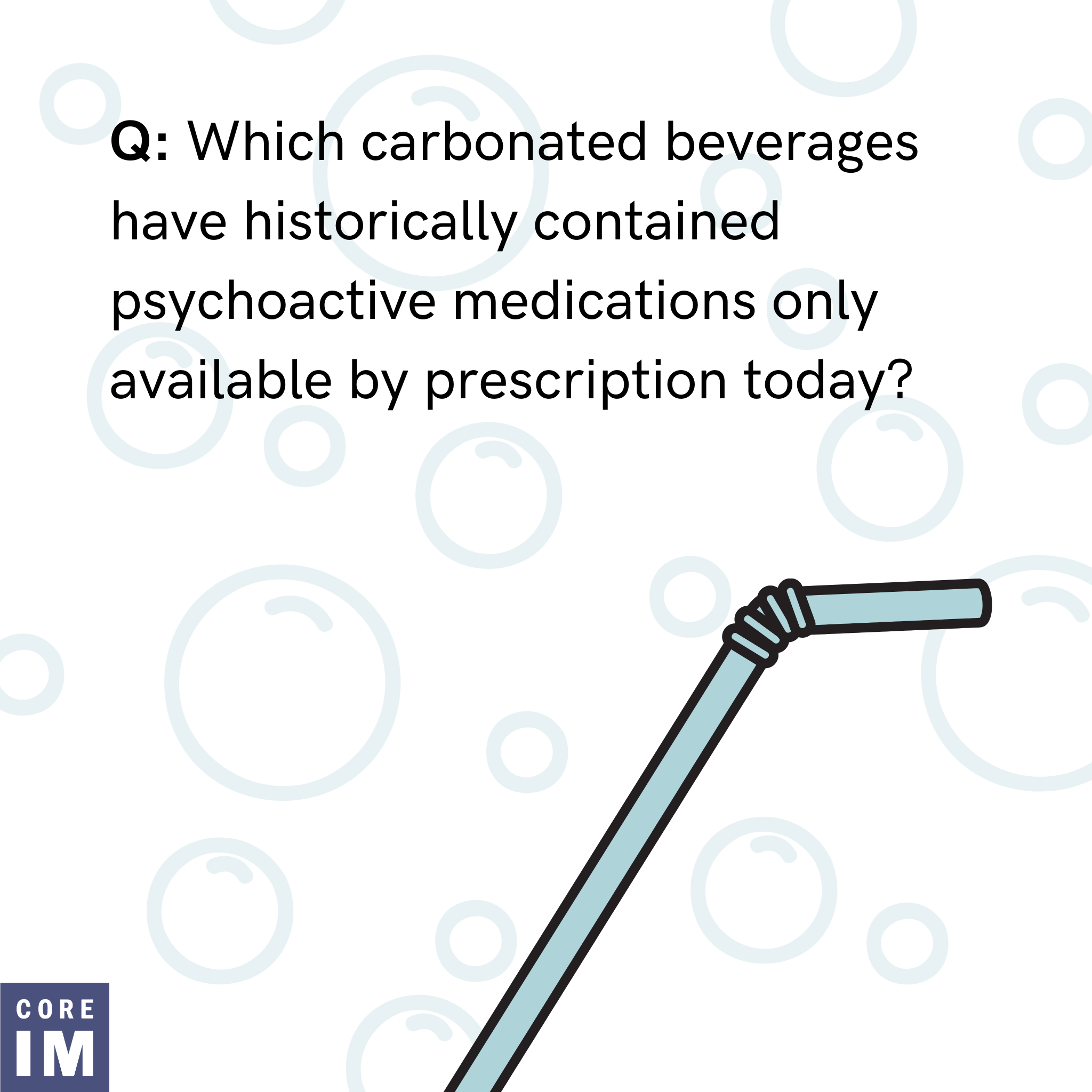 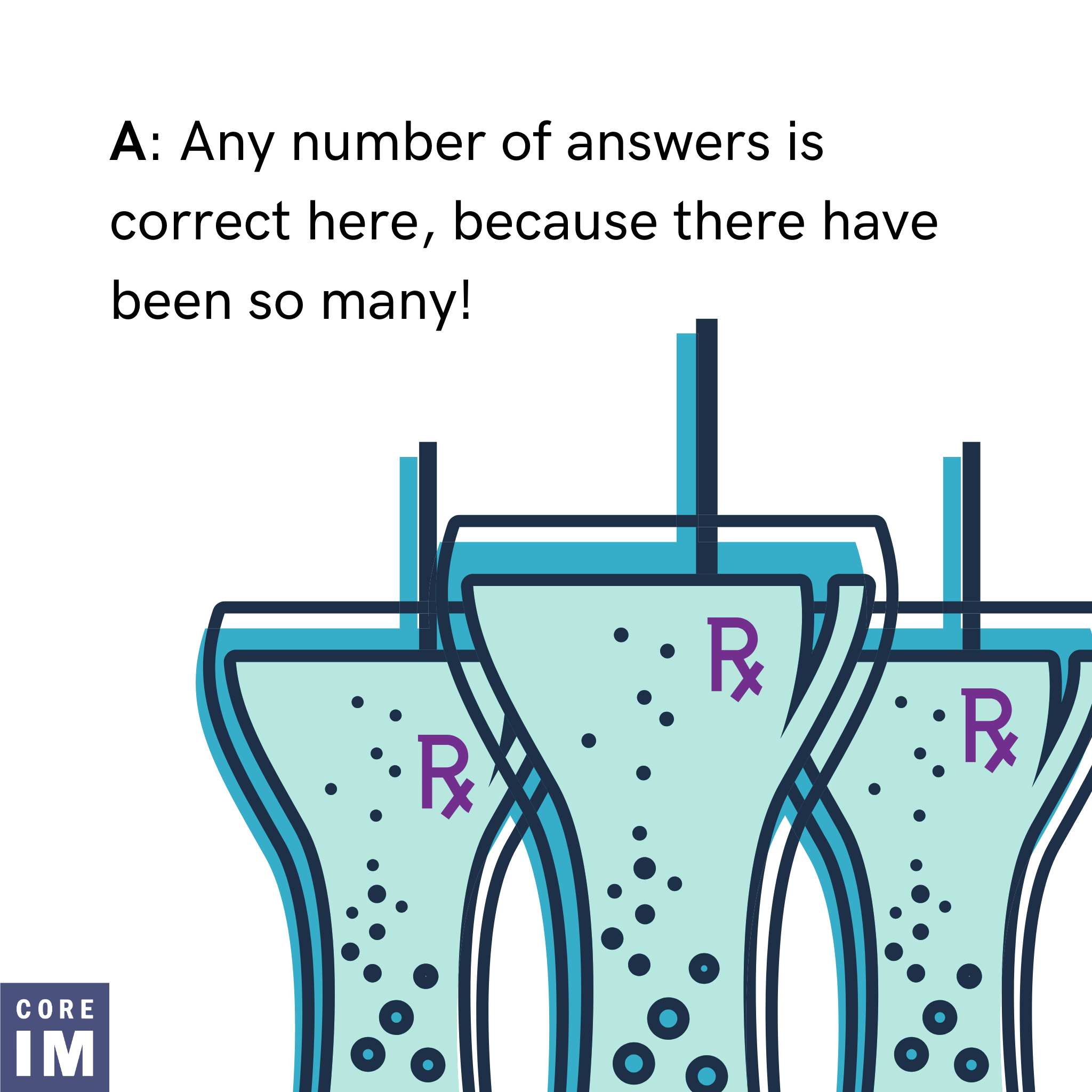 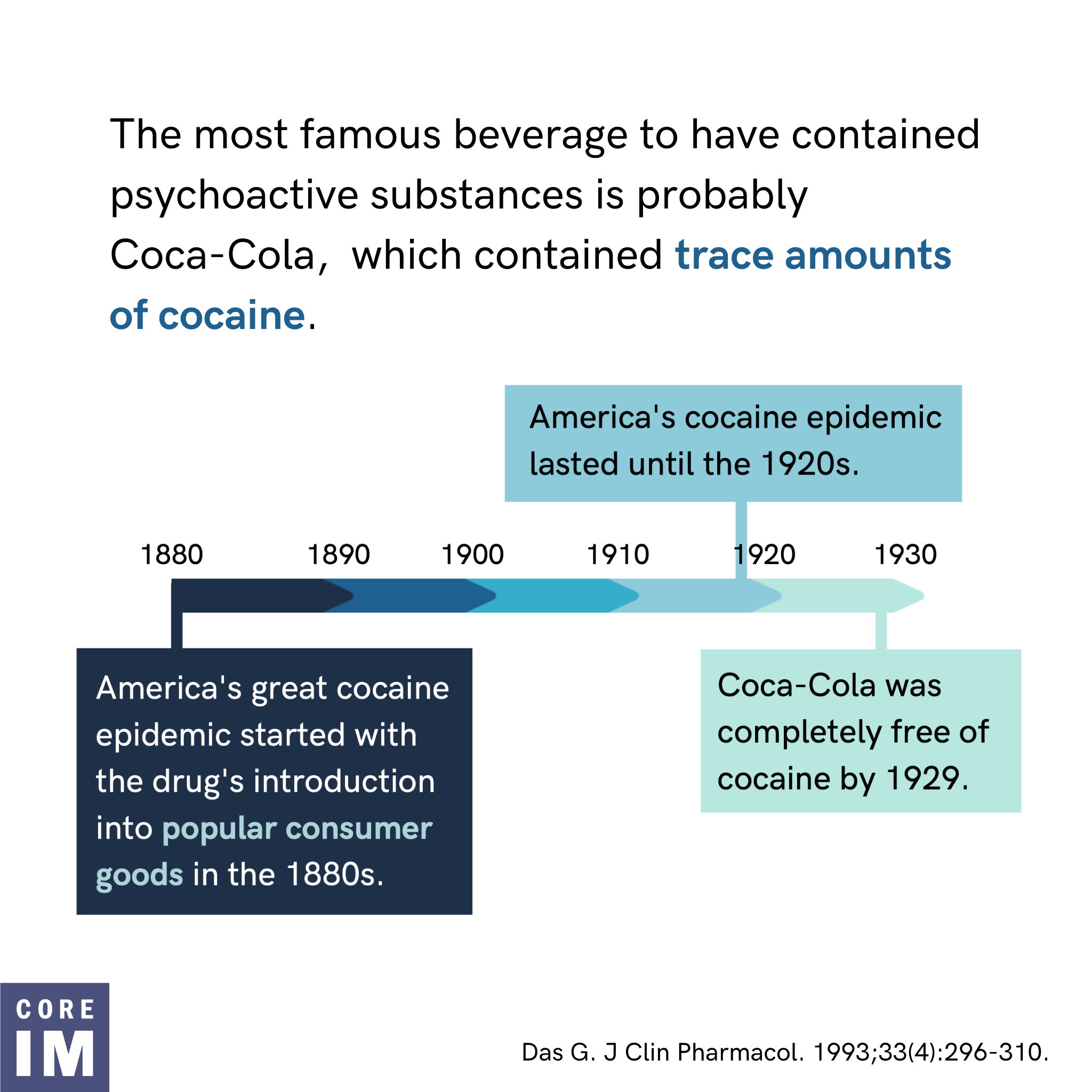 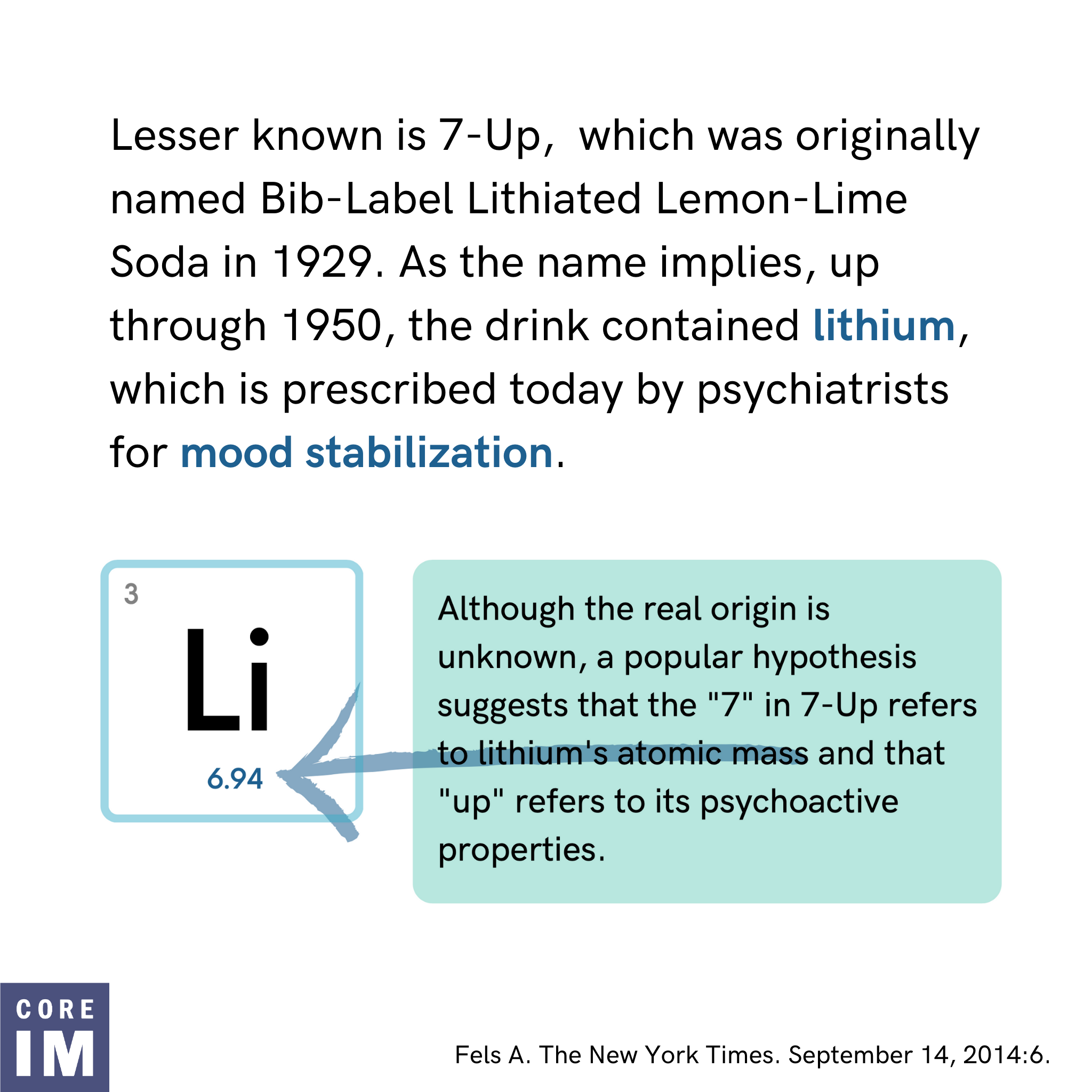 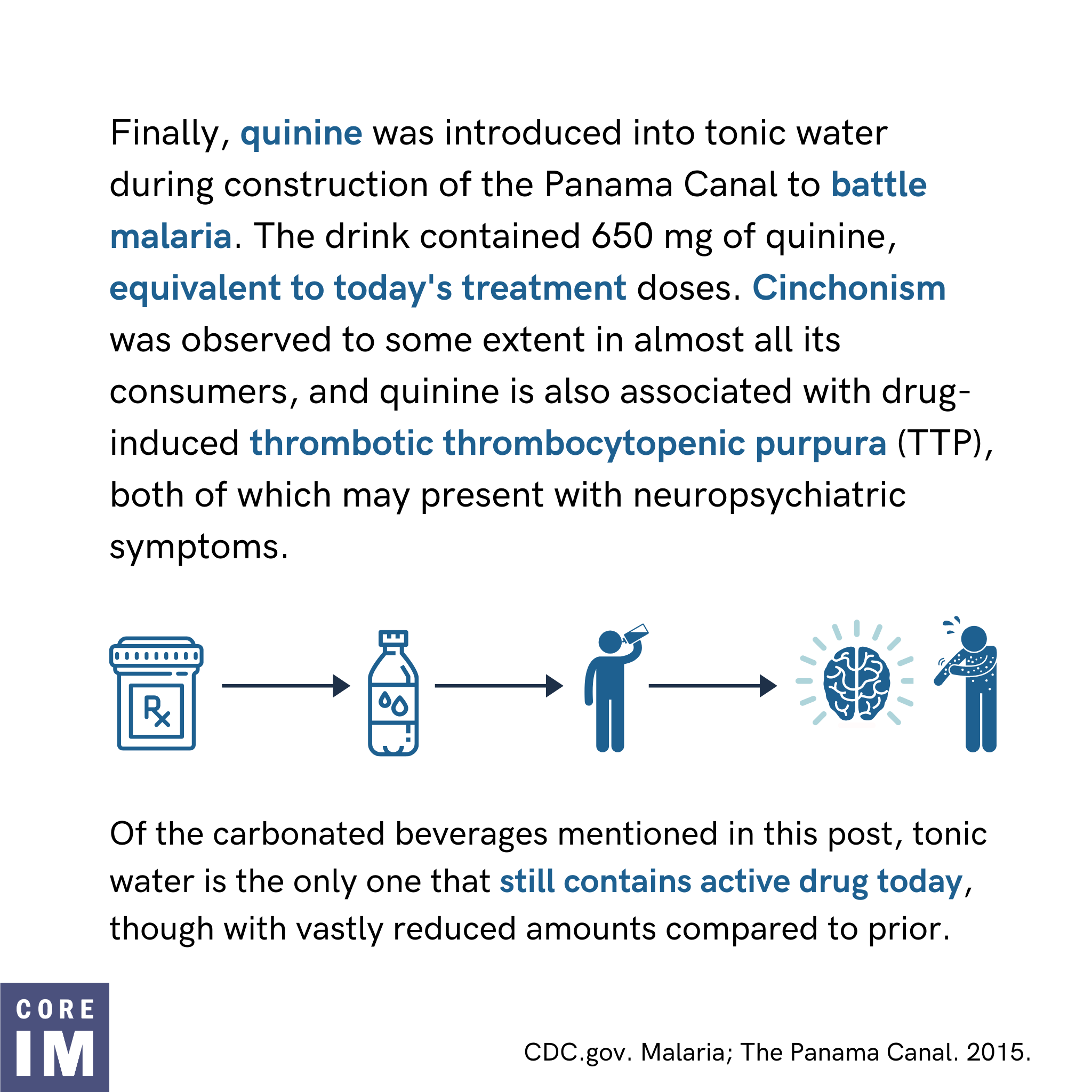 Slide 2: Answer: Any number of answers is correct here, because there have been so many!

Slide 3: The most famous beverage to have contained psychoactive substances is probably Coca-Cola, which contained trace amounts of cocaine. Timeline graphic. America’s great cocaine epidemic started with the drug’s introduction into popular consumer goods in the 1880s. America’s cocaine epidemic lasted until the 1920s. Coca-Cola was completely free of cocaine by 1929.

Slide 4: Lesser known is 7-Up, which was originally named Bib-Label Lithiated Lemon-Lime Soda in 1929. As the name implies, up through 1950, the drink contained lithium, which is prescribed today by psychiatrist for mood stabilization.

Graphic showing Lithium element. Although the real origin is unknown, a popular hypothesis suggests that the “7” in 7-Up refers to lithium’s atomic mass and that “up” refers to its psychoactive properties.

Slide 5: Finally, quinine was introduced into tonic water during construction of the Panama Canal to battle malaria. The drink contained 650 mg of quinine, equivalent to today’s treatment doses. Cinchonism was observed to some extent in almost all its consumers, and quinine is also associated with drug-induced thrombotic thrombocytopenic purpura (TTP), both of which may present with neuropsychiatric symptoms.

Of the carbonated beverages mentioned in this post, tonic water is the only one that still contains active drug today, through with vastly reduced amounts compared to prior.