People with fish allergies are at risk for anaphylactic reaction to which medication? 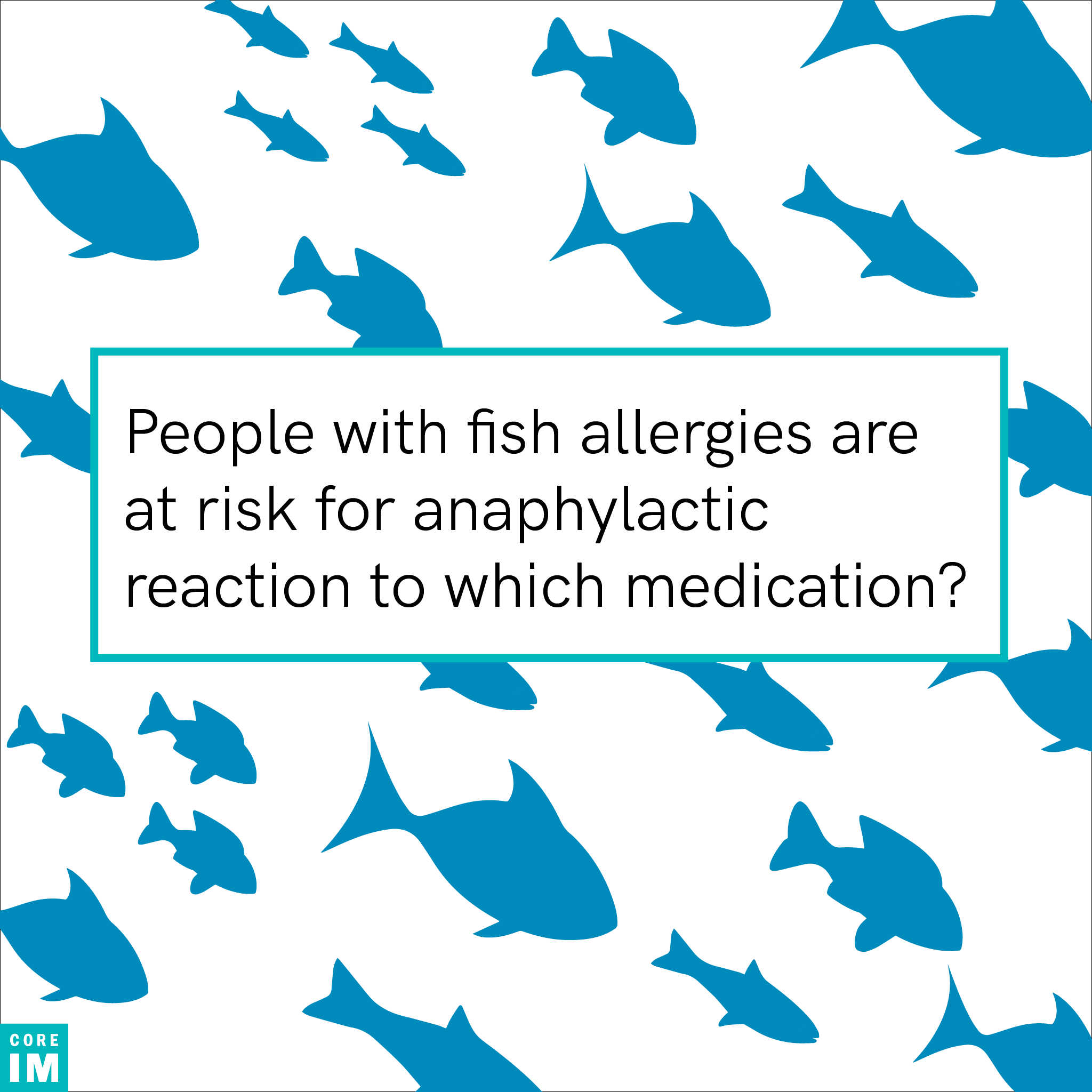 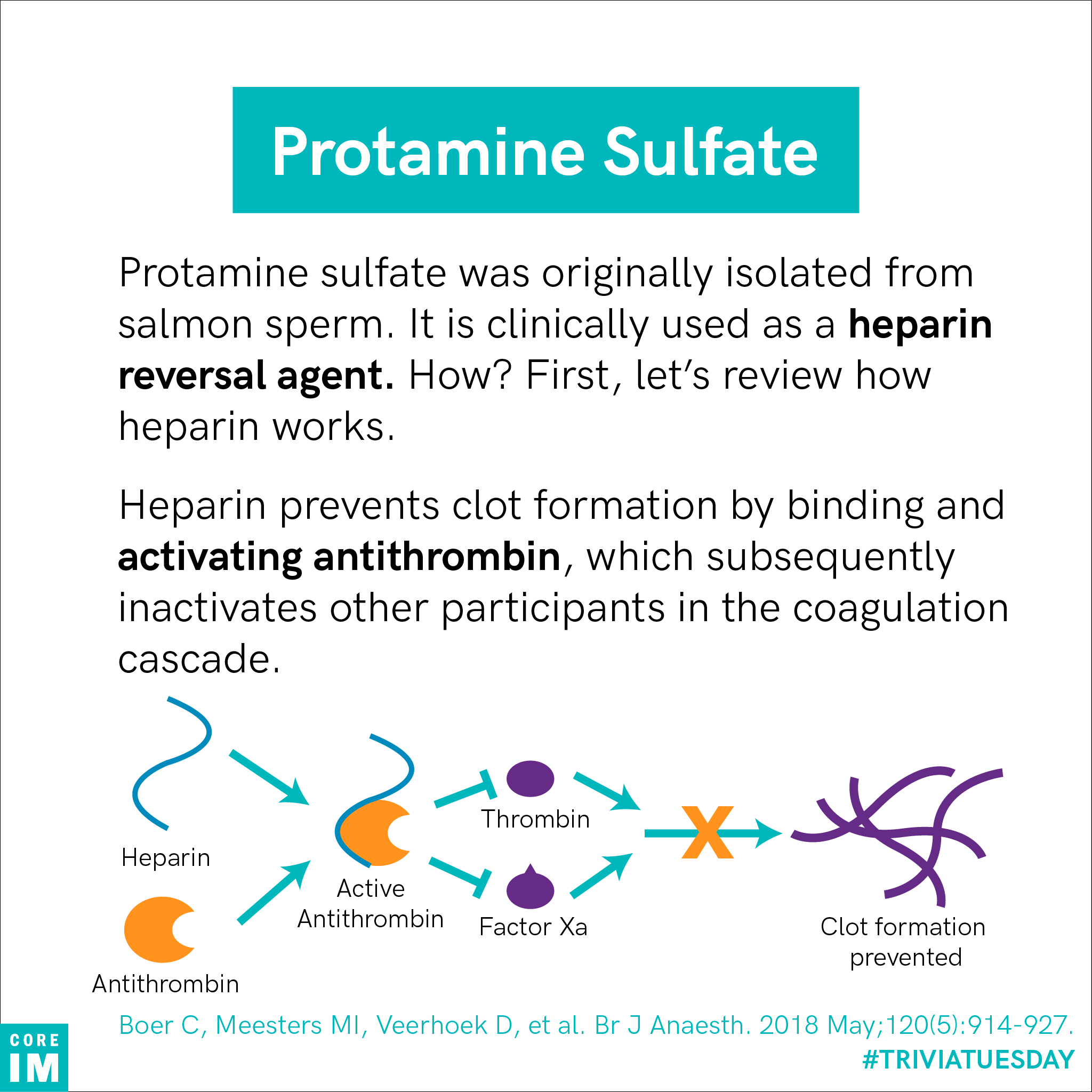 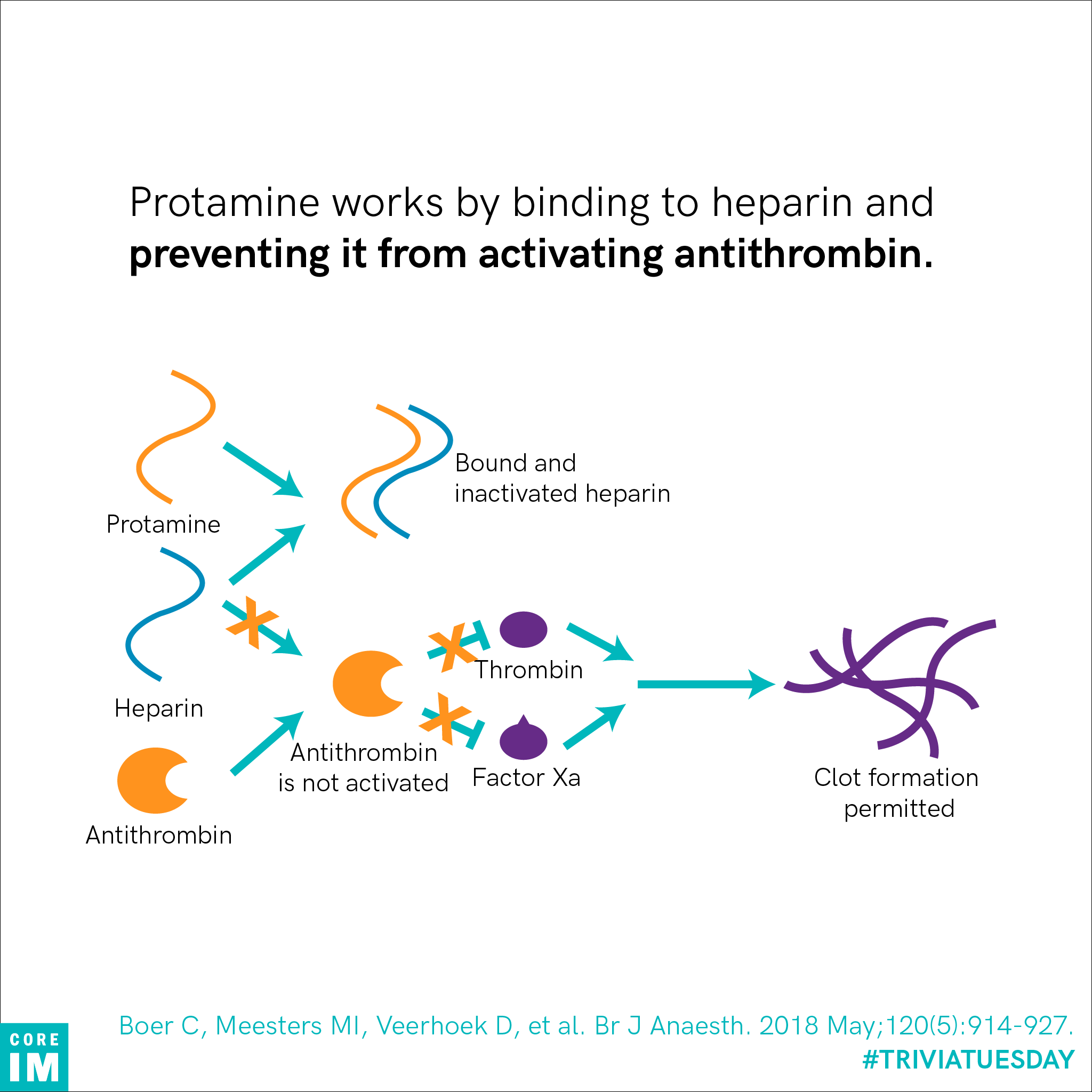 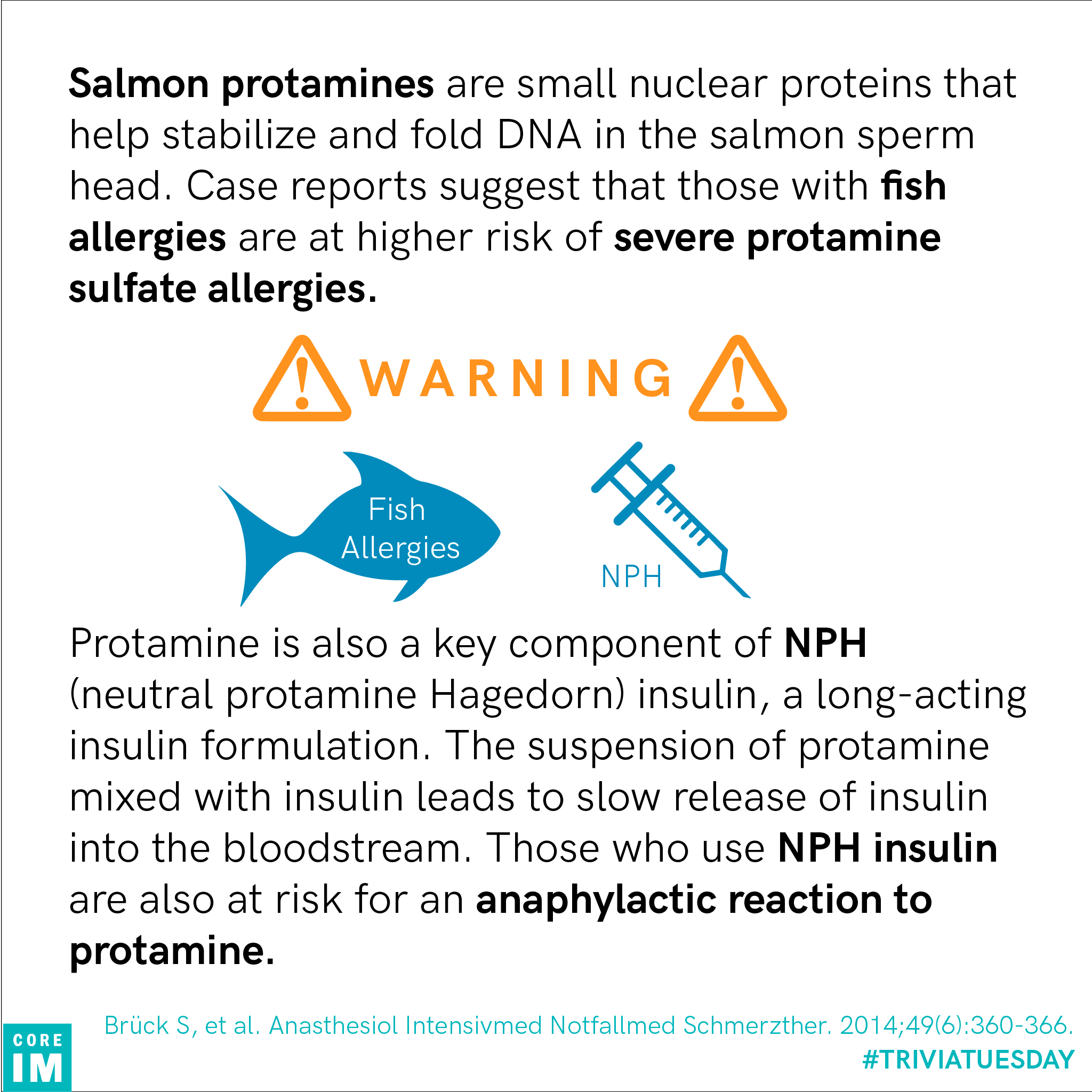 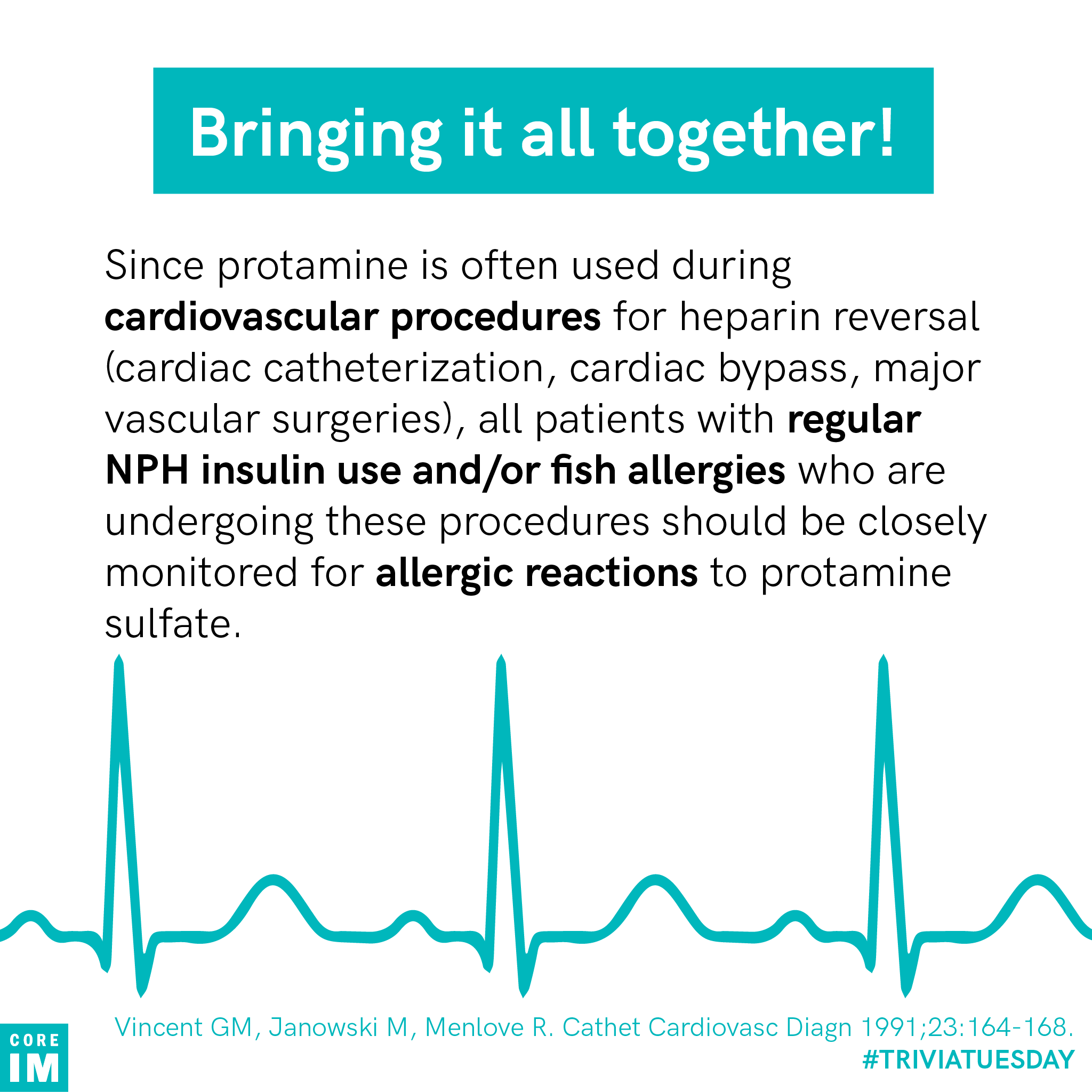 Slide 1: People with fish allergies are at risk for anaphylactic reaction to which medication?

Heparin prevents clot formation by binding and activating antithrombin, which subsequently inactivates other participants in the coagulation cascade.

Slide 3: Protamine works by binding to heparin and preventing it from activating antithrombin.

Slide 4: Salmon protamines are small nuclear proteins that help stabilize and fold DNA in the salmon sperm head. Case reports suggest that those with fish allergies are at higher risk of severe protamine sulfate allergies.

Protamine is also a key component of NPH (neutral protamine Hagedorn) insulin, a long-acting insulin formulation. The suspension of protamine mixed with insulin leads to slow release of insulin into the bloodstream. Those who use NPH insulin are also at risk of anaphylactic reaction to protamine.

Slide 5: Bringing it all together! Since protamine is often used during cardiovascular procedures for heparin reversal (cardiac catheterization, cardiac bypass, major vascular surgeries), all patients with regular NPH insulin use and/or fish allergies who are undergoing these procedures should be closely monitored for allergic reactions to protamine sulfate.