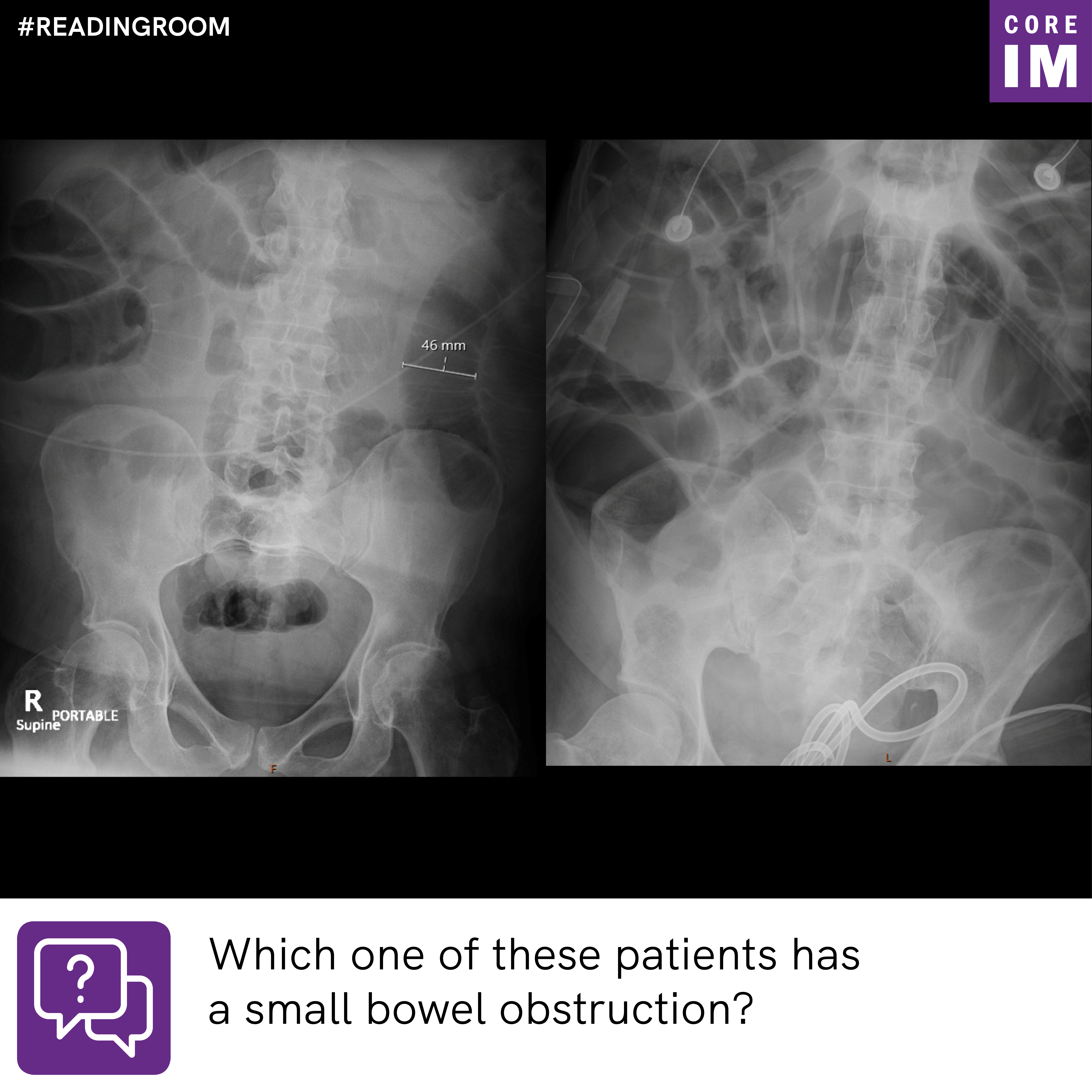 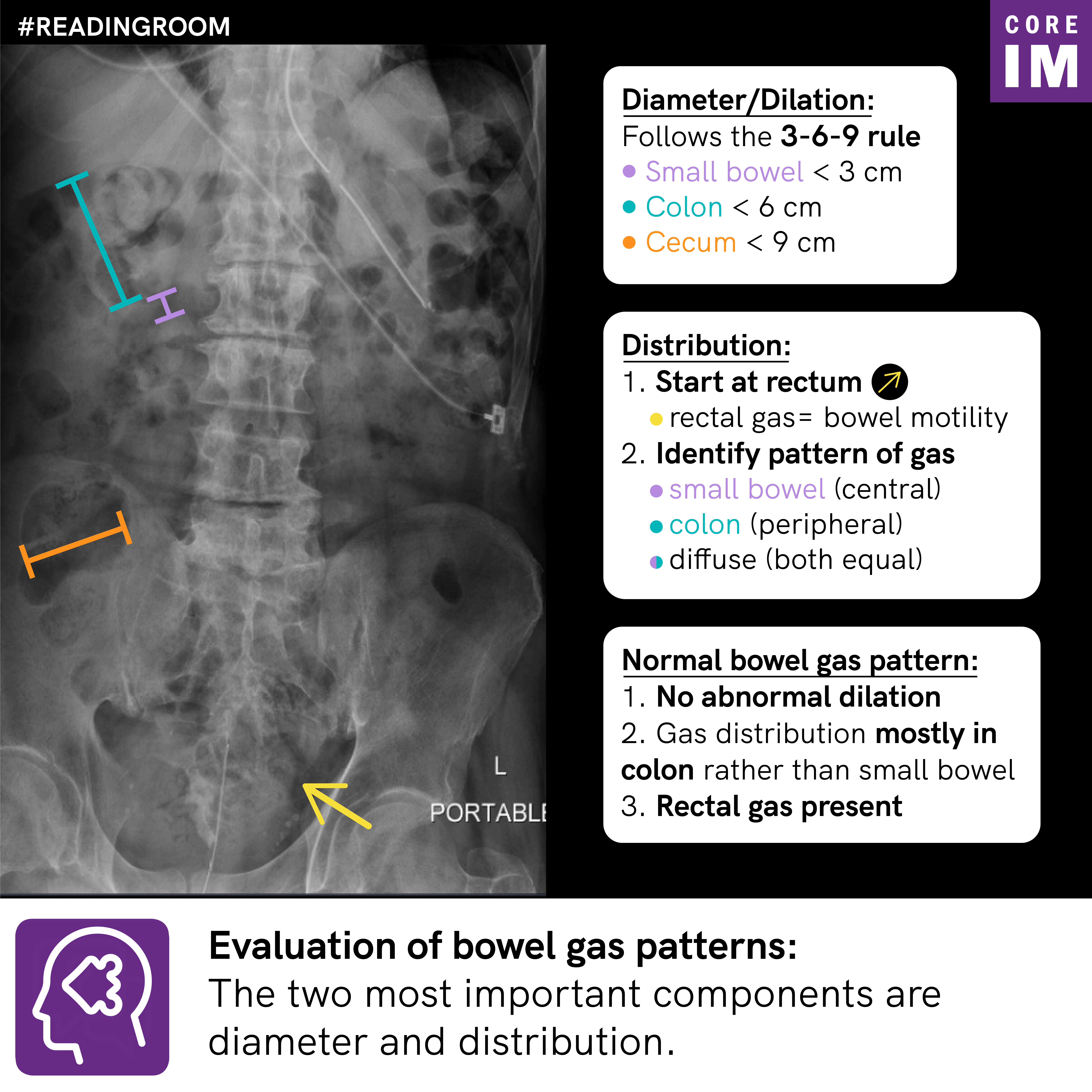 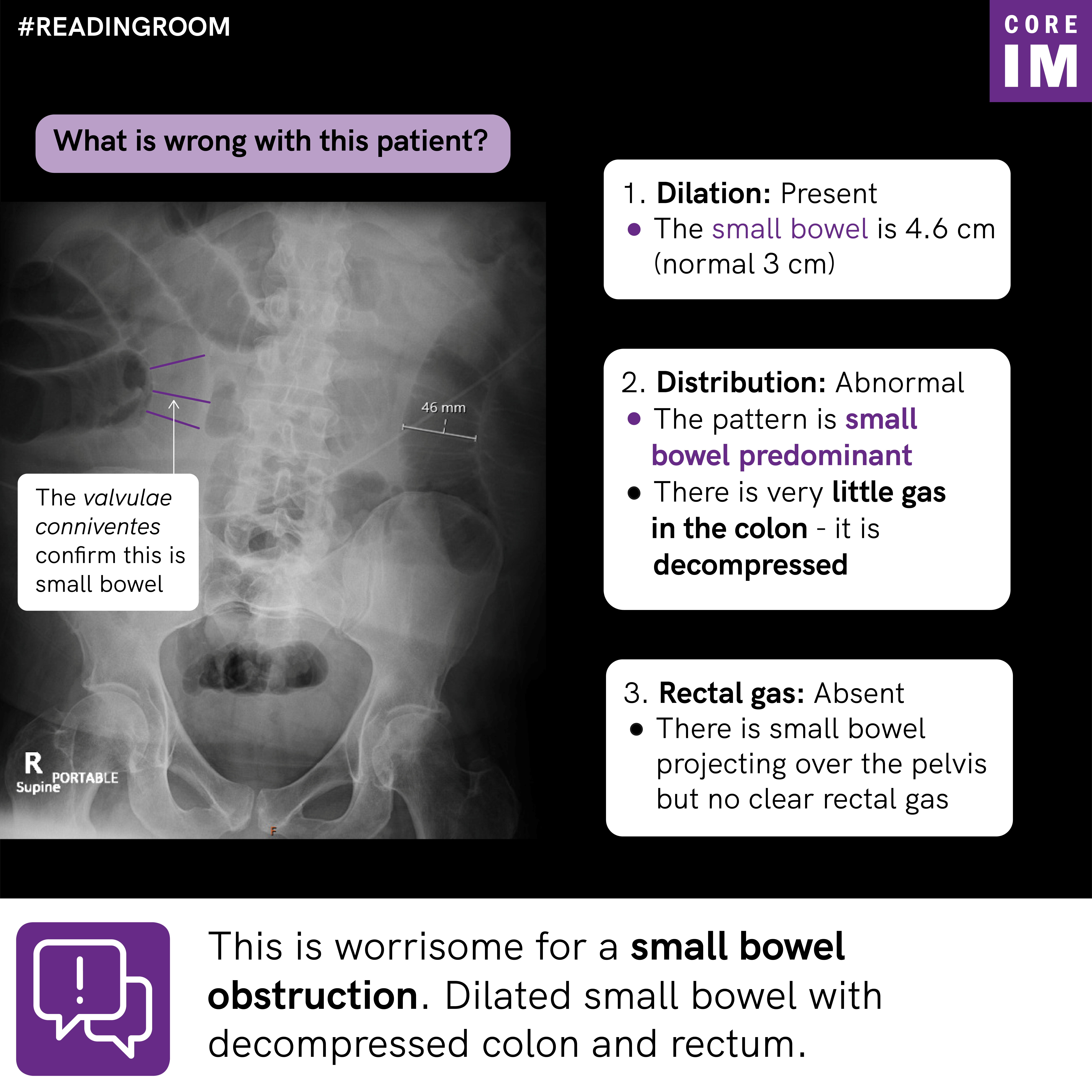 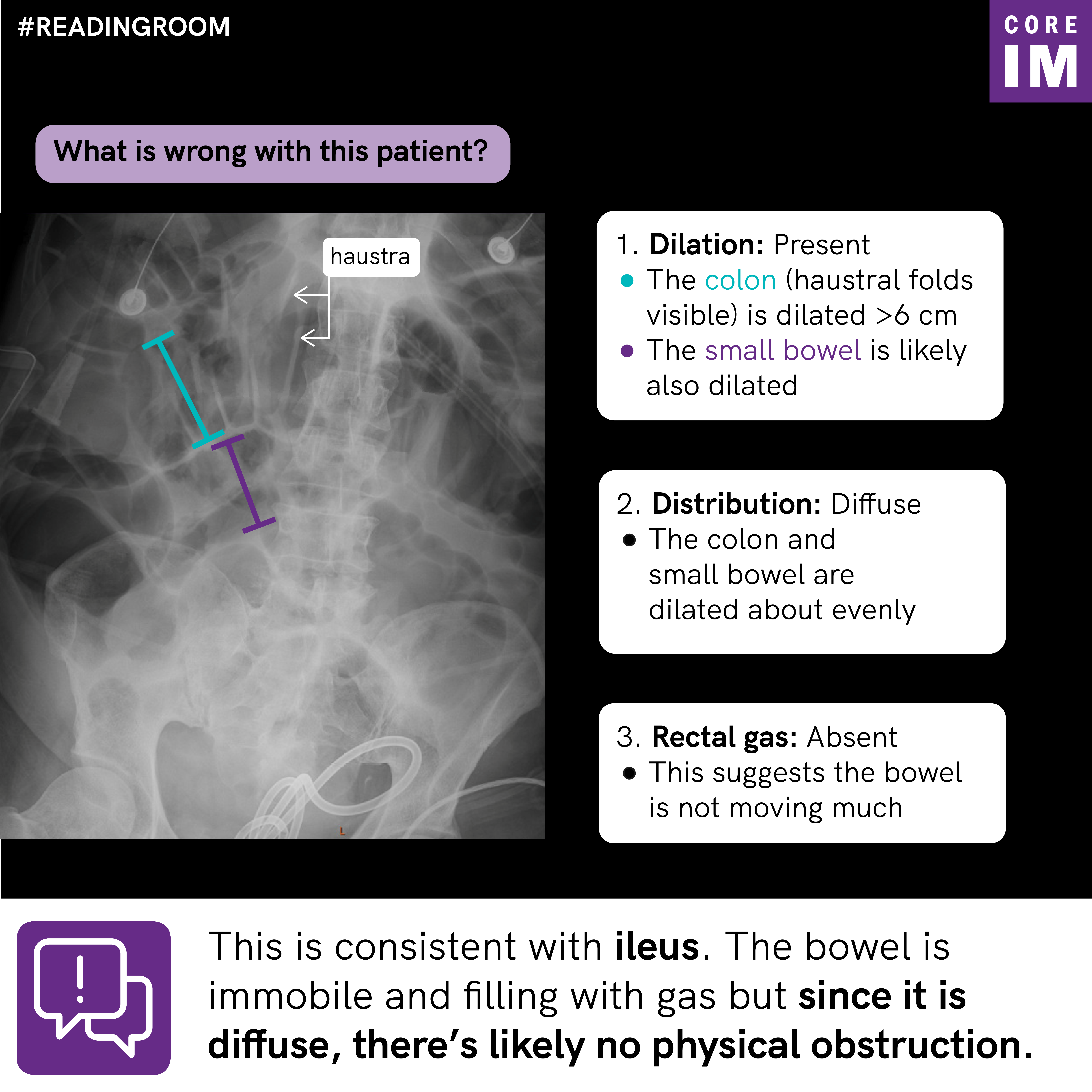 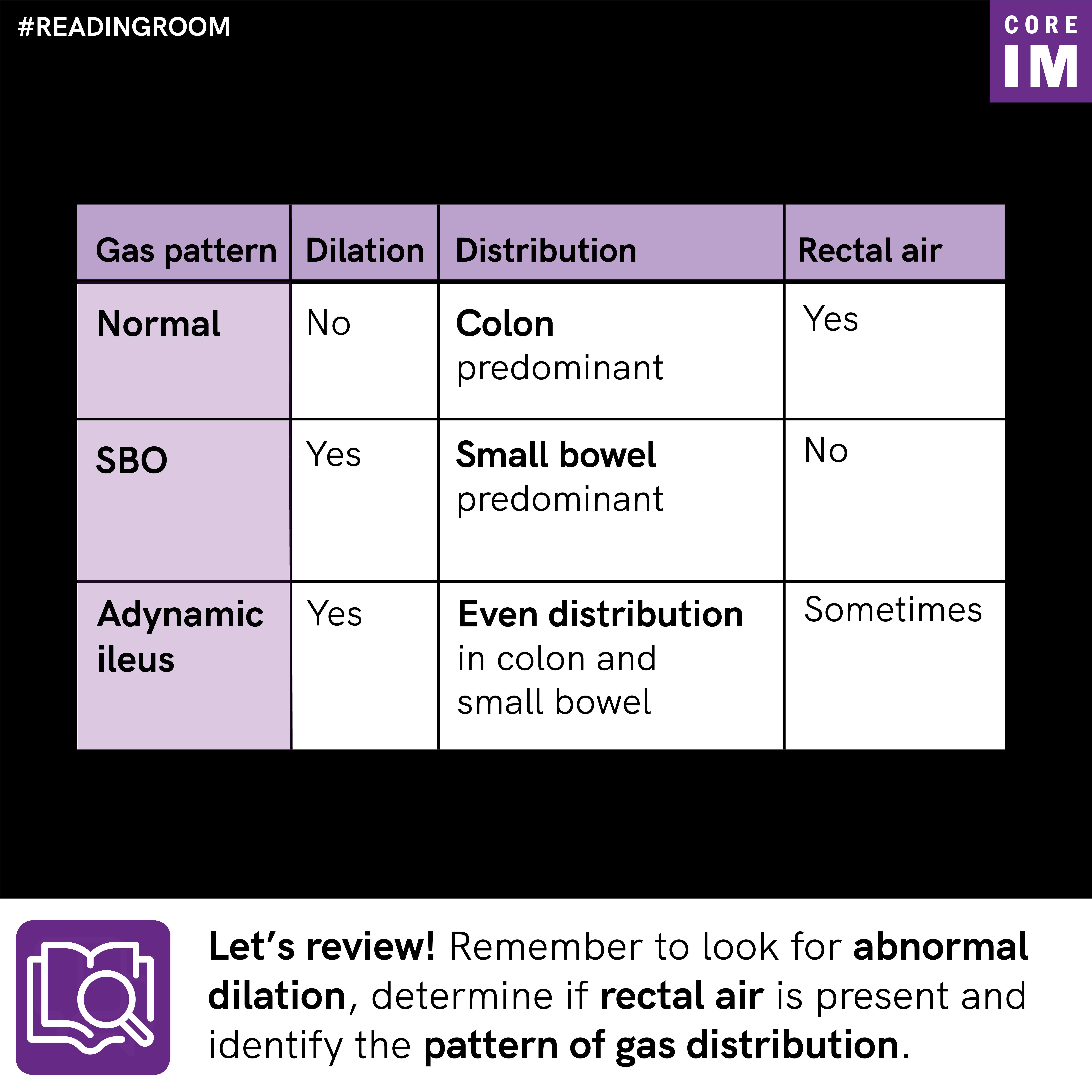 Slide 1: Which one of these patients has a small bowel obstruction?

Slide 2: Evaluation of bowel gas patterns: the two most important components are diameter and distribution.

Slide 3: This is worrisome for a small bowel obstruction. Dilated small bowel bowel with decompressed colon and rectum.

What is wrong with this patient? One. Dilation: Present. The small bowel is 4.6 cm (normal 3 cm). Two. Distribution: Abnormal. The pattern is small bowel predominant. There is very little gas in the colon – it is decompressed. Three. Rectal gas: Absent. There is small bowel projecting over the pelvis but no clear rectal gas.

Slide 4: This is consistent with ileus. The bowel is immobile and filling with gas but since it is diffuse, there’s likely no physical obstruction.

What is wrong with this patient? One. Dilation: Present. The colon (haustral folds visible) is dilated greater than 6 cm. The small bowel is likely also dilated. Two. Distribution: Diffuse. The colon and small bowel are dilated about evenly. Three. Rectal gas: Absent. This suggests the bowel is not moving much.

Slide 5: Let’s review! Remember to look for abnormal dilation, determine if rectal air is present and identify the pattern of gas distribution.