Back to Top
12 Lead Thursday Byte

A patient presents for their annual exam. What caused this pause? 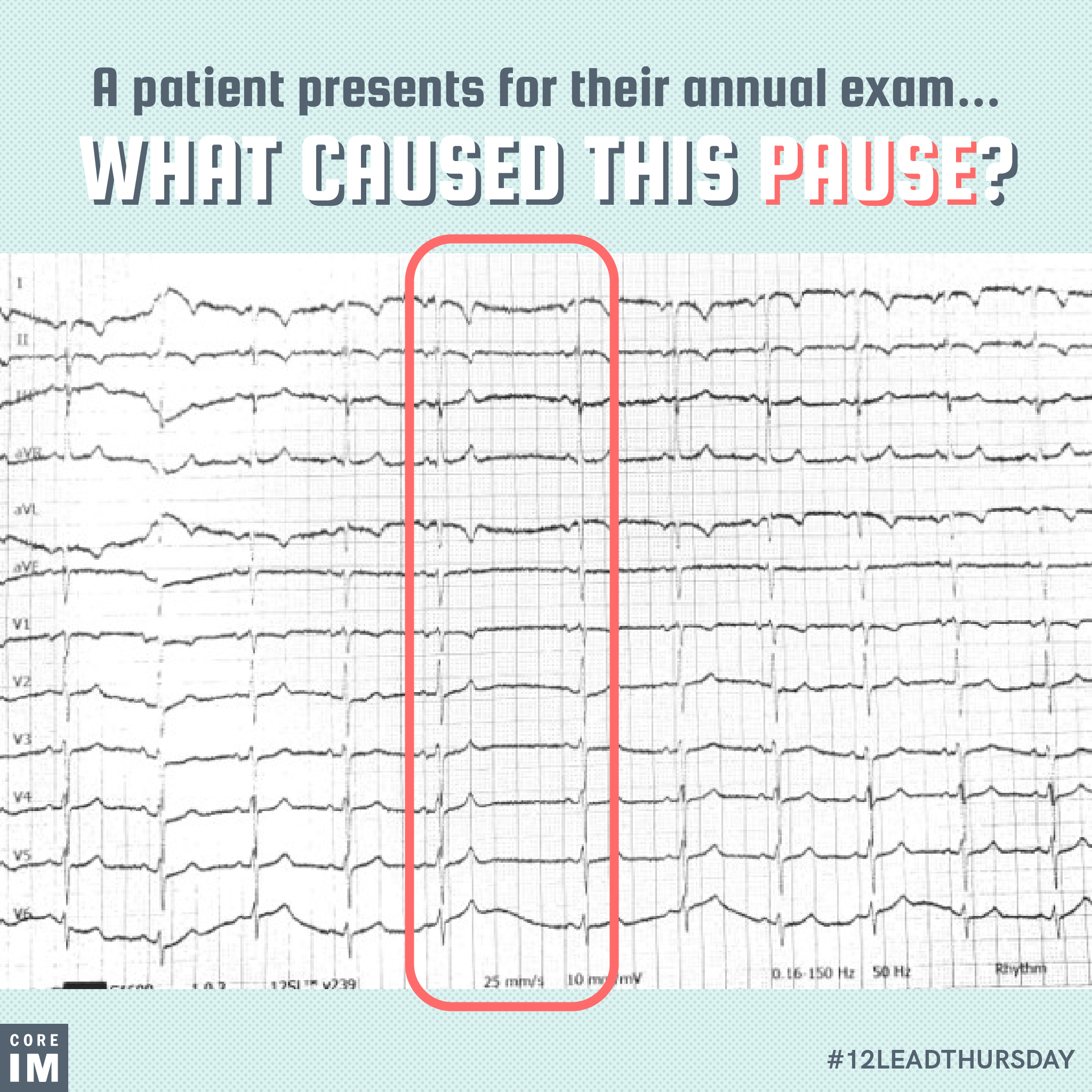 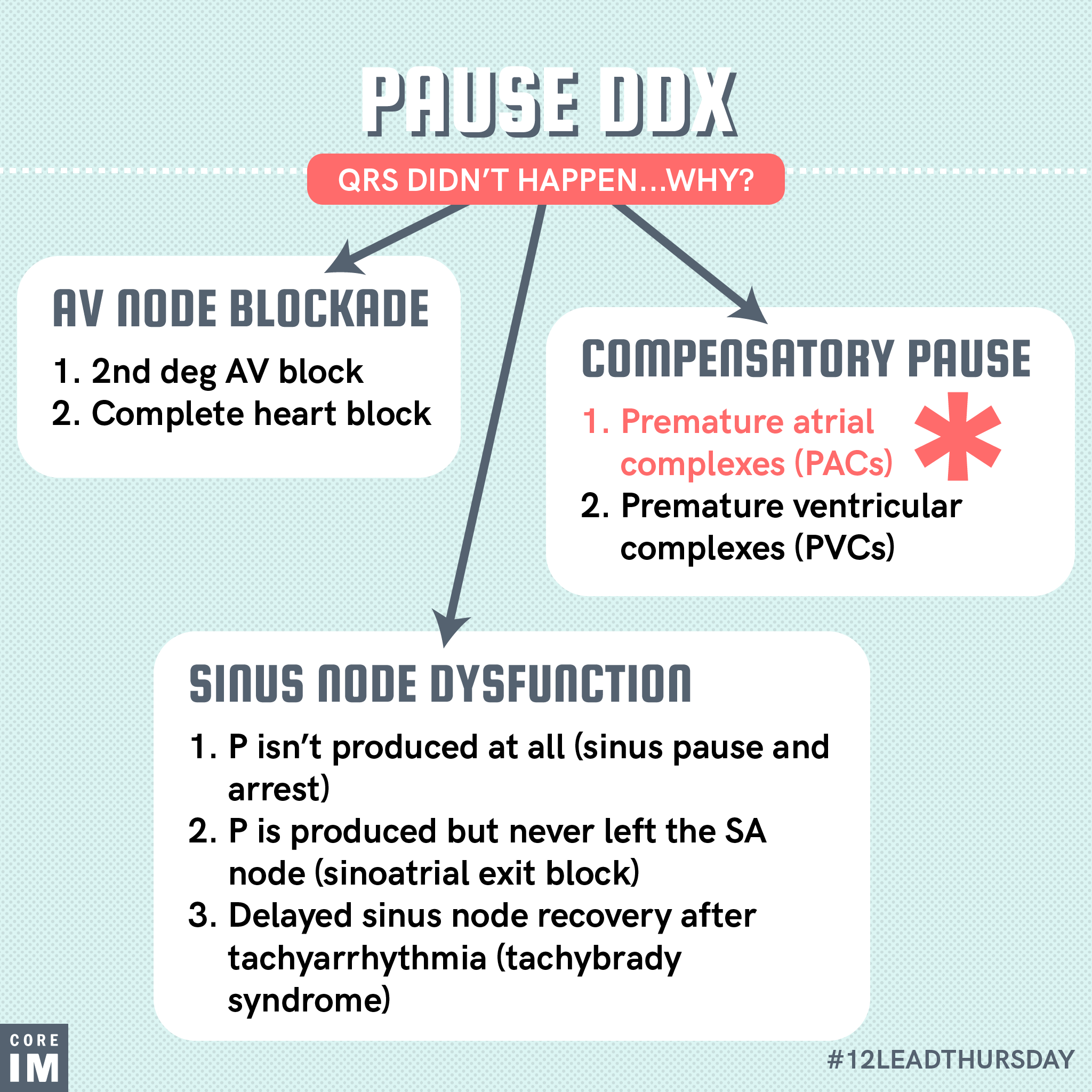 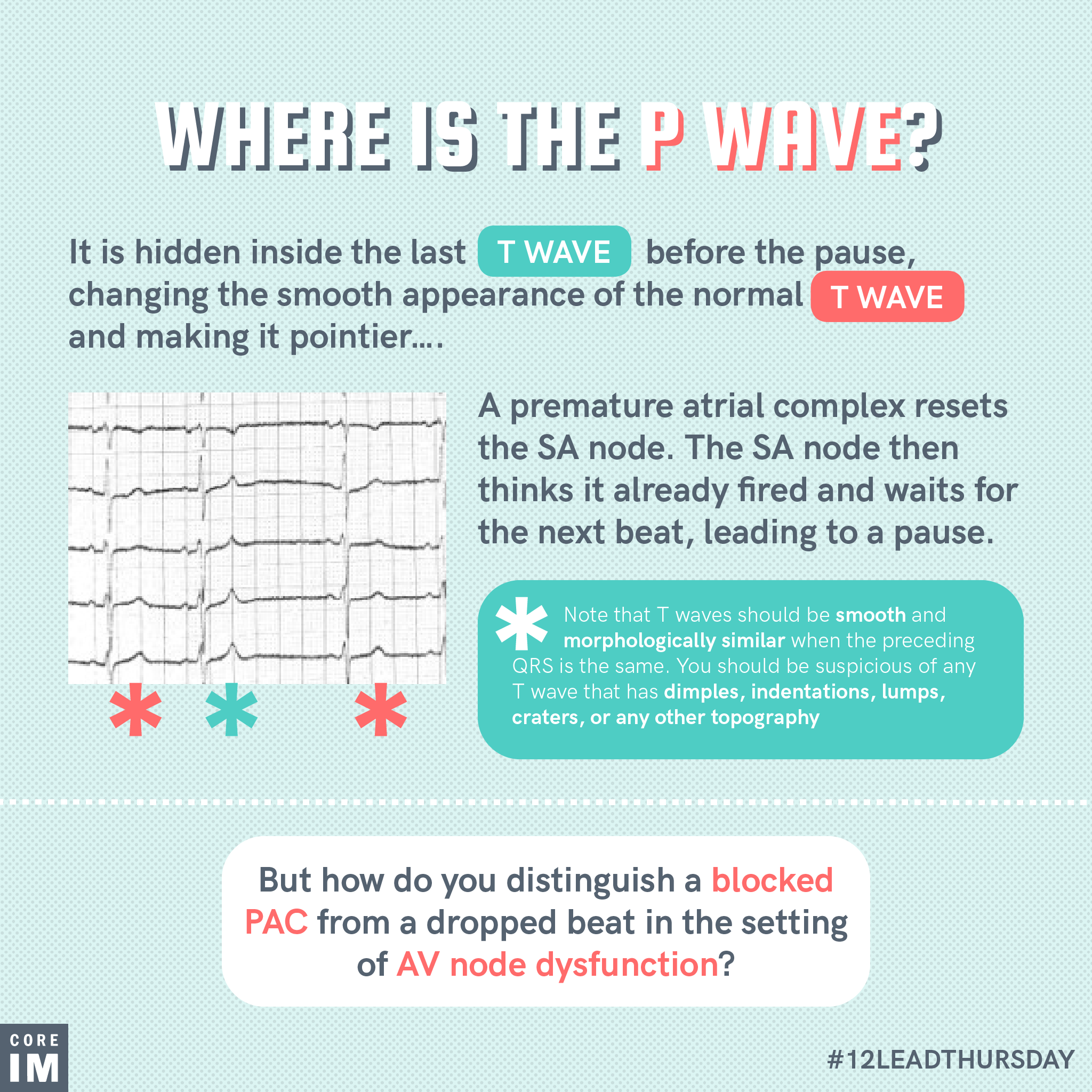 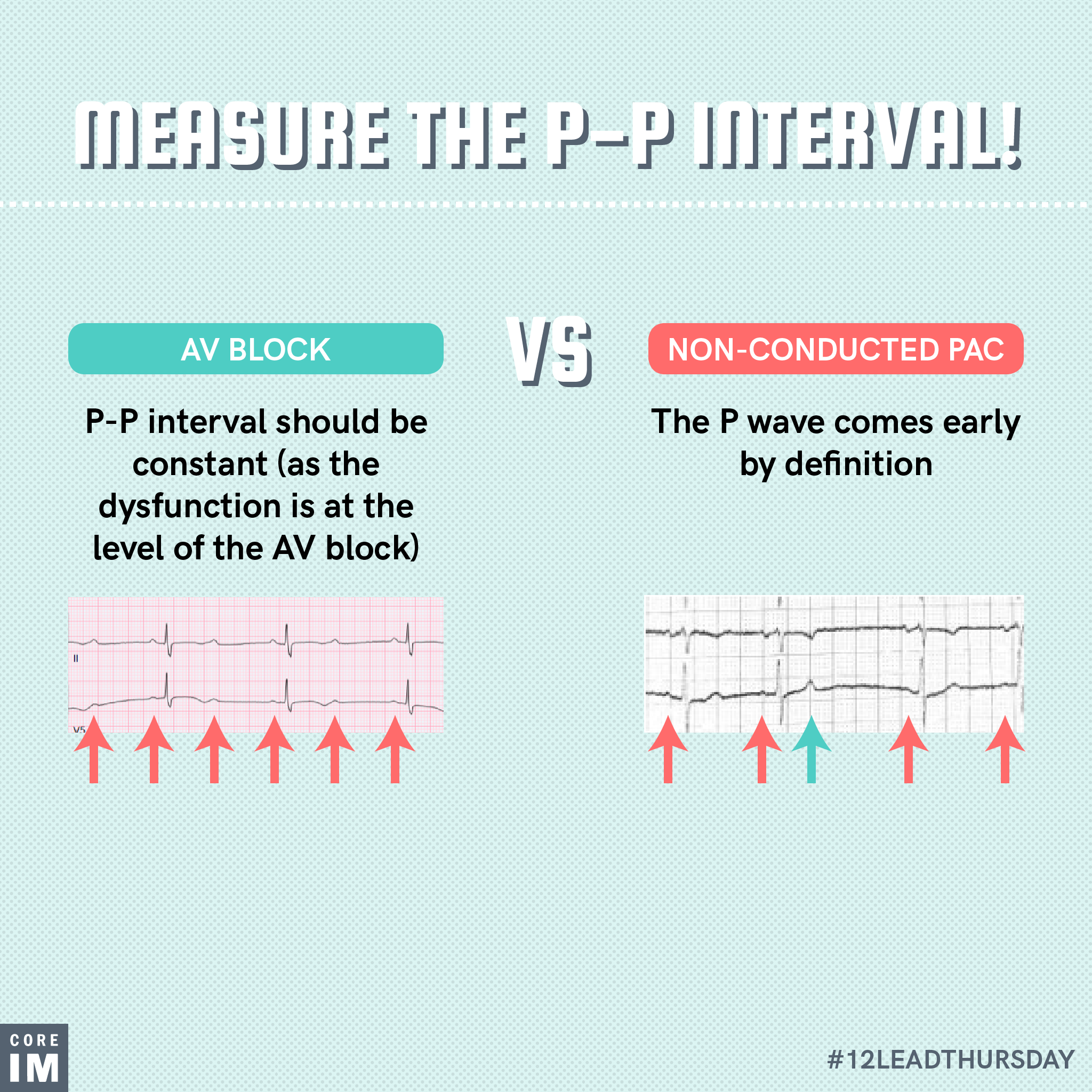 Slide 1: A patient presents for their annual exam…what caused this pause?

Slide 3: Where is the P wave? It is hidden inside the last T wave before the pause, changing the smooth appearance of the normal T wave and making it pointier…

A premature atrial complex resets that SA node. The SA node then thinks it already fired and waits for the next beat, leading to a pause.

Note that T waves should be smooth and morphologically similar when the preceding QRS is the same. You should be suspicious of any T wave that has dimples, indentations, lumps, craters, or any other topography.

But how do you distinguish a blocked PAC from a dropped beat in the setting of AV node dysfunction?

One comment on “A patient presents for their annual exam. What caused this pause?”