What summer cocktail was invented as malaria prophylaxis? 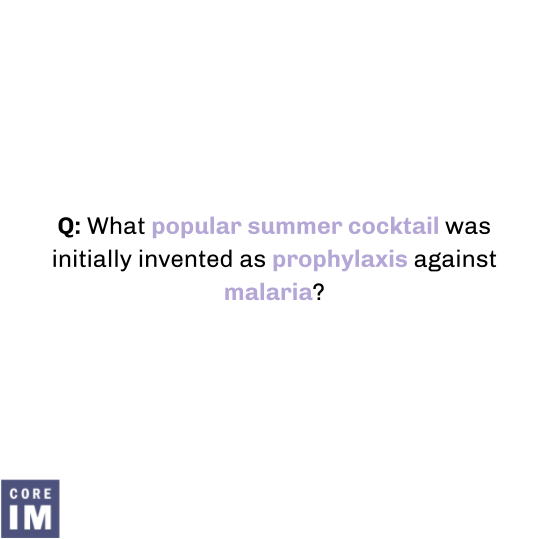 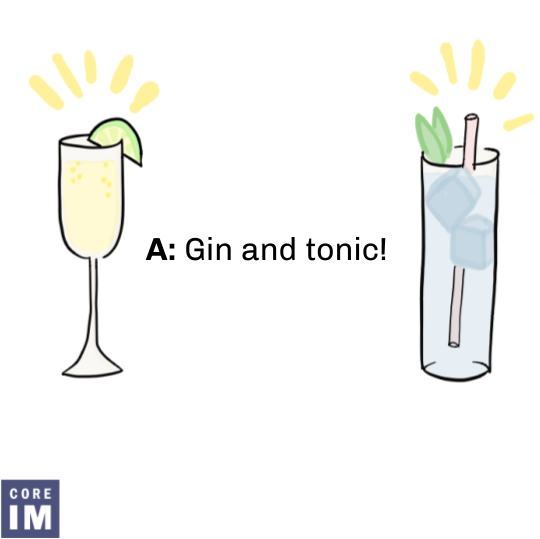 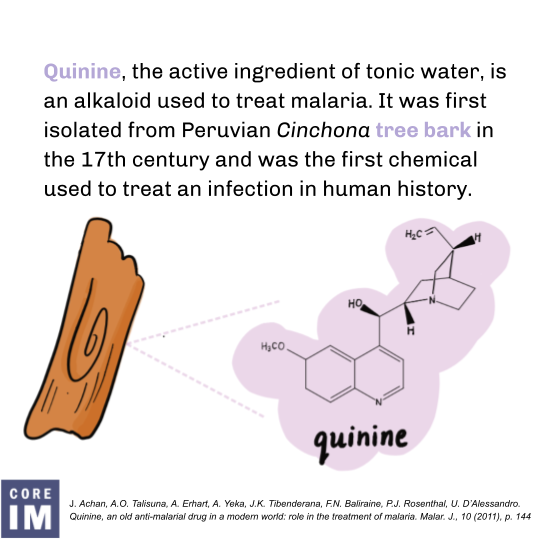 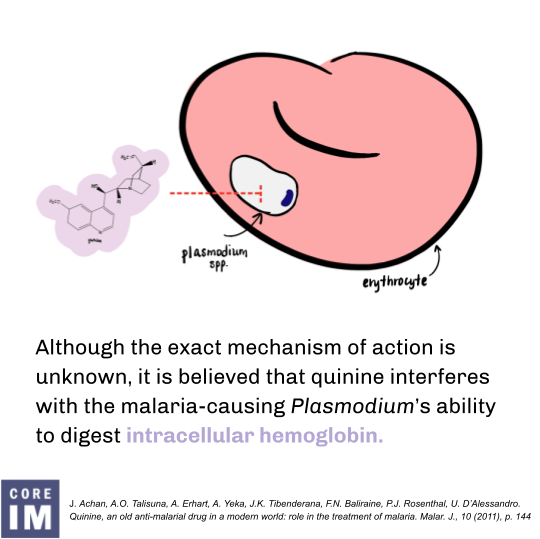 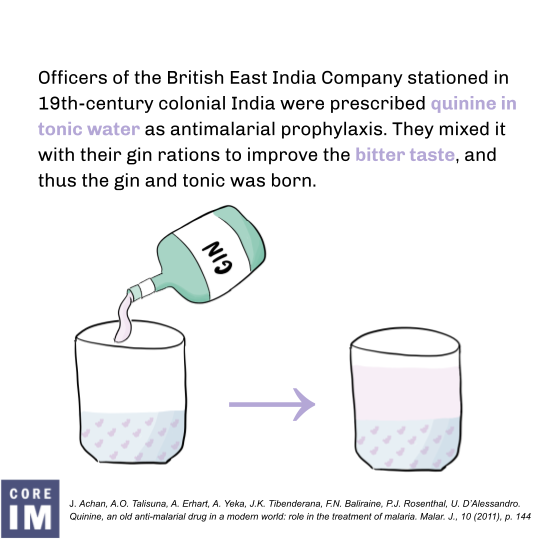 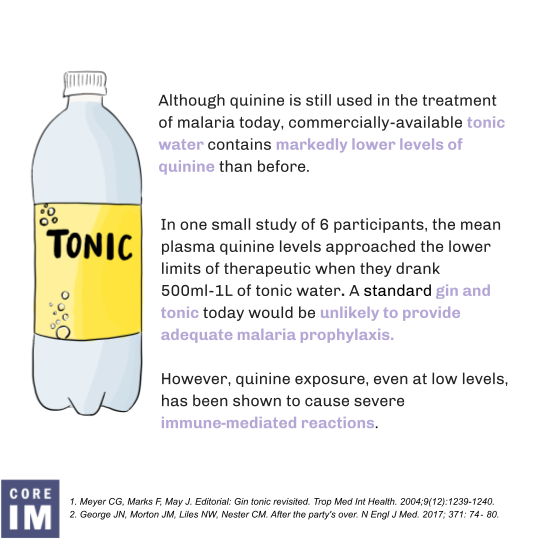 Slide 1: What popular summer cocktail was initially invented as prophylaxis against malaria?

Slide 3: Quinine, the active ingredient of tonic water, is an alkaloid used to treat malaria. It was first isolated from Peruvian Cinchona tree bark in the 17th century and was the first chemical used to treat an infection in human history.

Slide 4: Although the exact mechanism of action is unknown, it is believed that quinine interferes with the malaria-causing Plasmodium’s ability to digest intracellular hemoglobin.

Slide 5: Officers of the British East India Company stationed in 19th-century colonial India were prescribed quinine in tonic water as antimalarial prophylaxis. They mixed it with their gin rations to improve the bitter taste, and thus the gin and tonic was born.

Slide 6: Although quinine is still used in the treatment of malaria today, commercially-available tonic water contains markedly lower levels of quinine than before.

In one small study of 6 participants, the mean plasma quinine levels approached the lower limits of therapeutic when they drank 500 mL to 1 L of tonic water. A standard gin and tonic today would be unlikely to provide adequate malarial prophylaxis.

However, quinine exposure, even at low levels, has been shown to cause severe immune-mediated reactions