To play a D1 sport, the NCAA requires documentation of which hematologic disease? 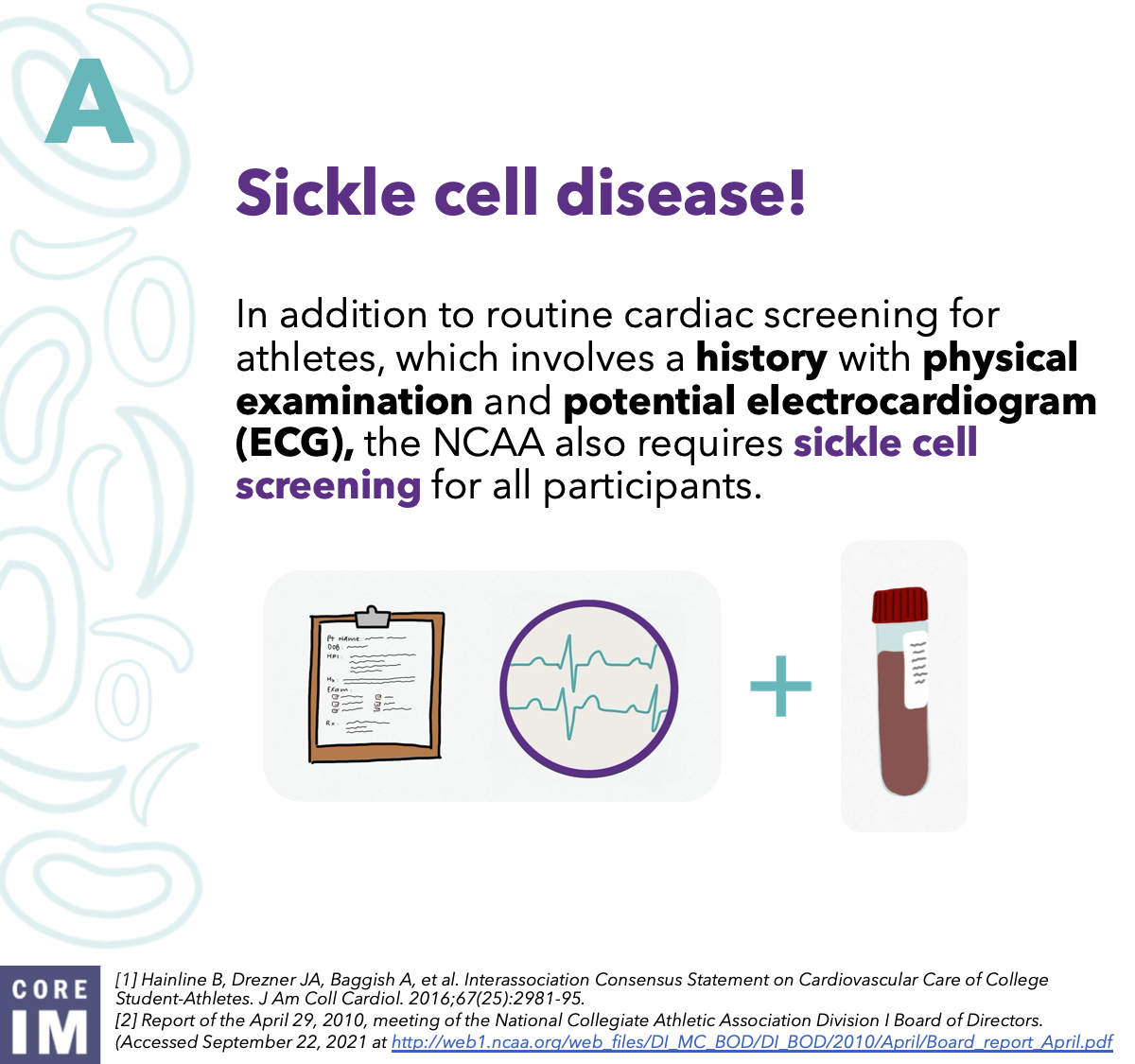 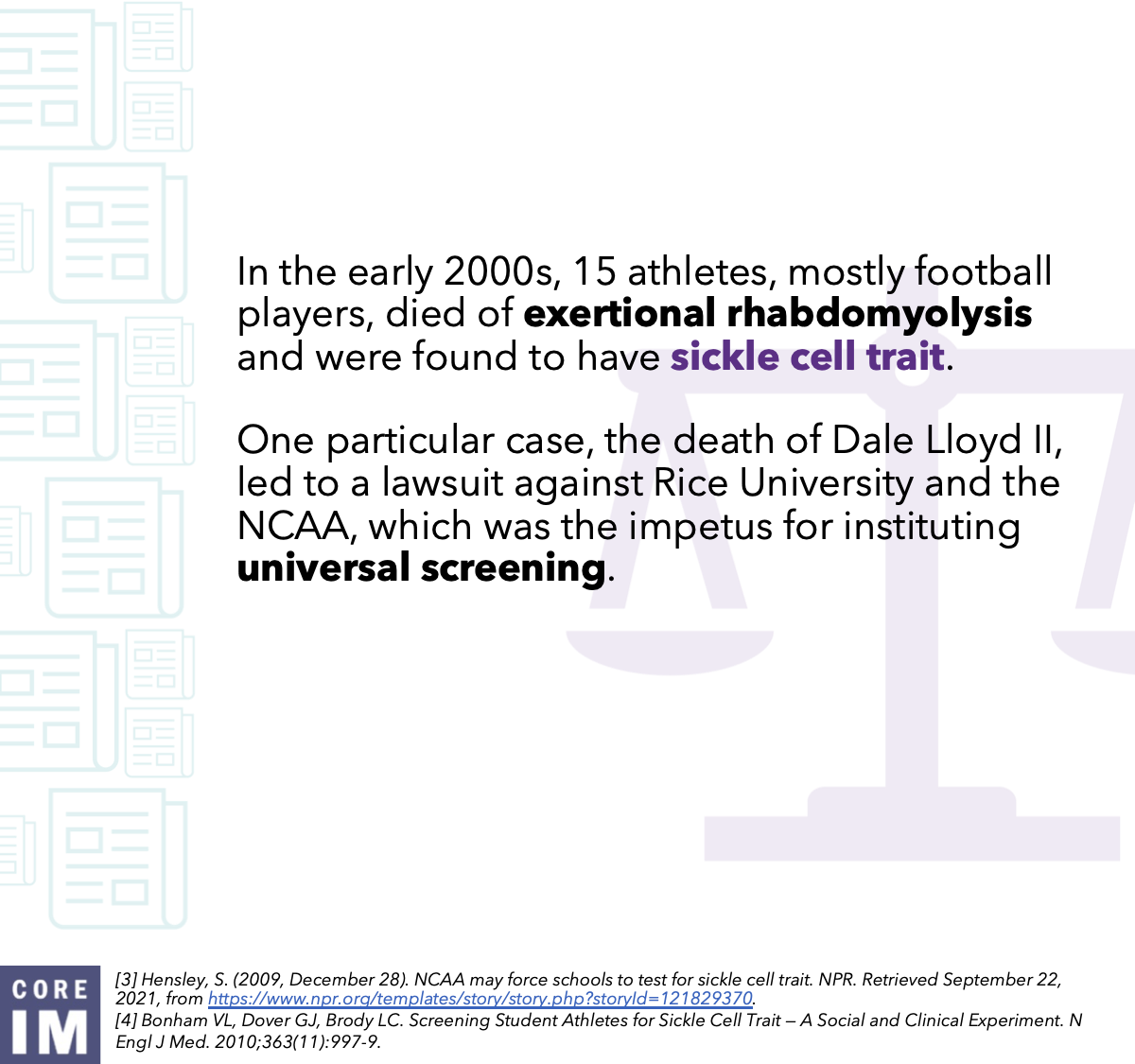 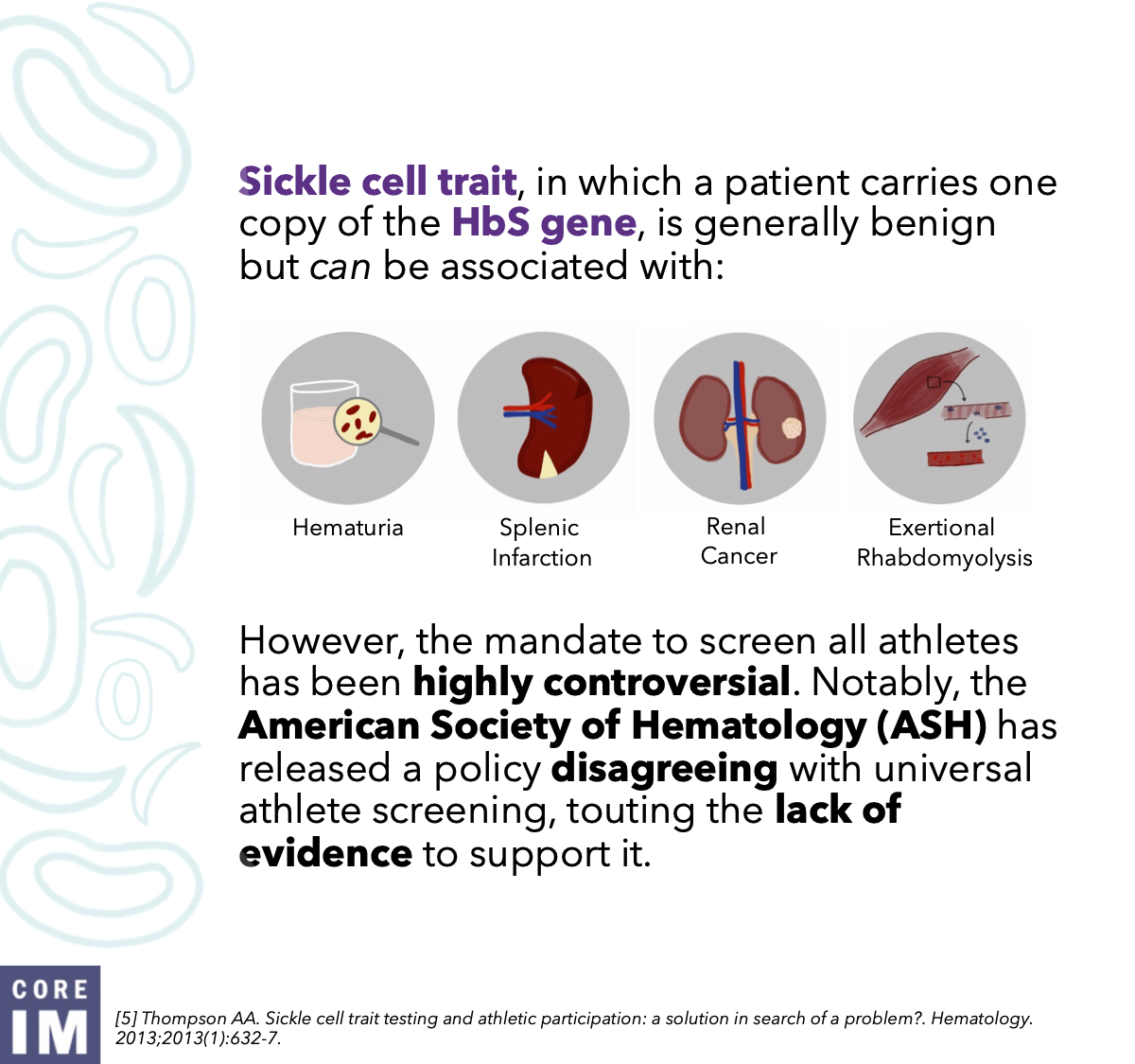 Slide 2: Sickle cell disease! In addition to routine cardiac screening for athletes, which involves a history with physical examination and potential electrocardiogram (ECG), the NCAA also requires sickle cell screening for all participants.

Slide 3: In the early 200s, 15 athletes, mostly football players, died of exertional rhabdomyolysis and were found to have sickle cell trait. One particular case, the death of Dale Lloyd II, led to a lawsuit against Rice University and the NCAA, which was the impetus for instituting universal screening.

Slide 4: Sickle cell trait, in which a patient carries one copy of the HbS gene, is generally benign but ca be associated with hematuria, splenic infarction, renal cancer, and exertional rhabdomyolysis. However, the mandate to screen all athletes has been highly controversial. Notably, the American Society of Hematology (ASH) has released a policy disagreeing with universal athlete screening, touting the lack of evidence to support it.