Back to Top
Byte Miscellaneous 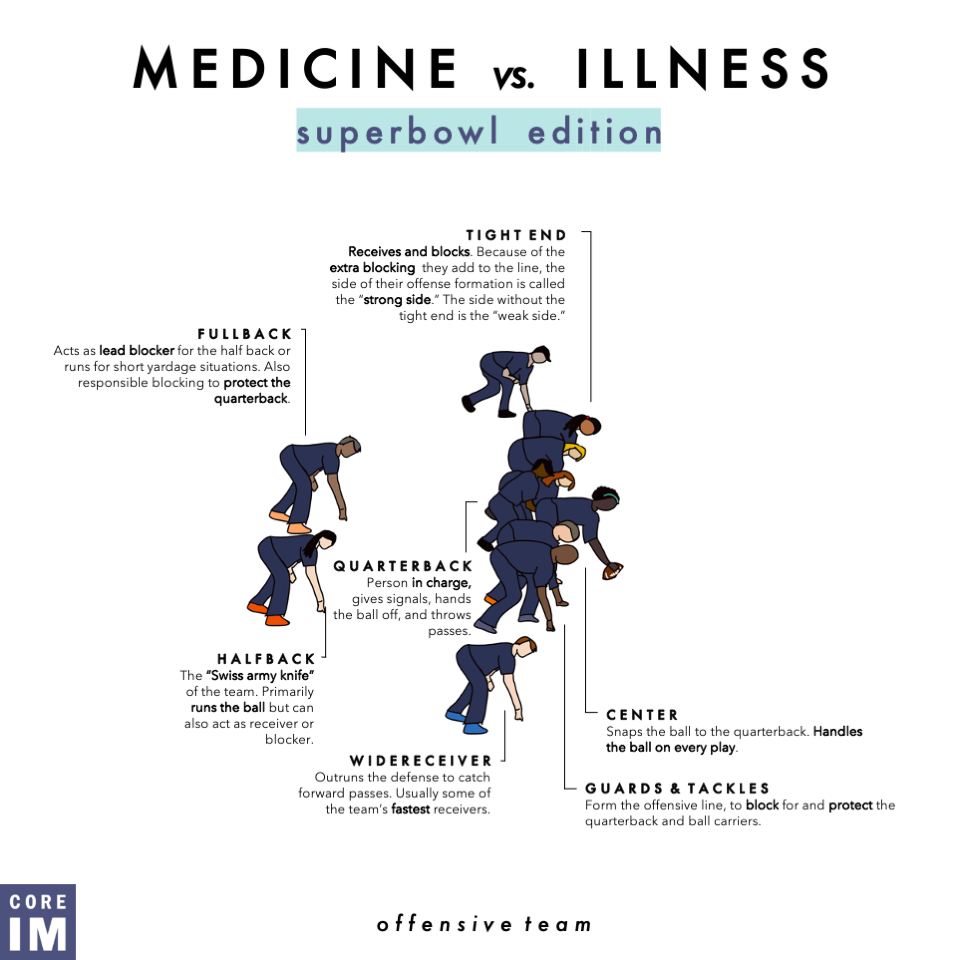 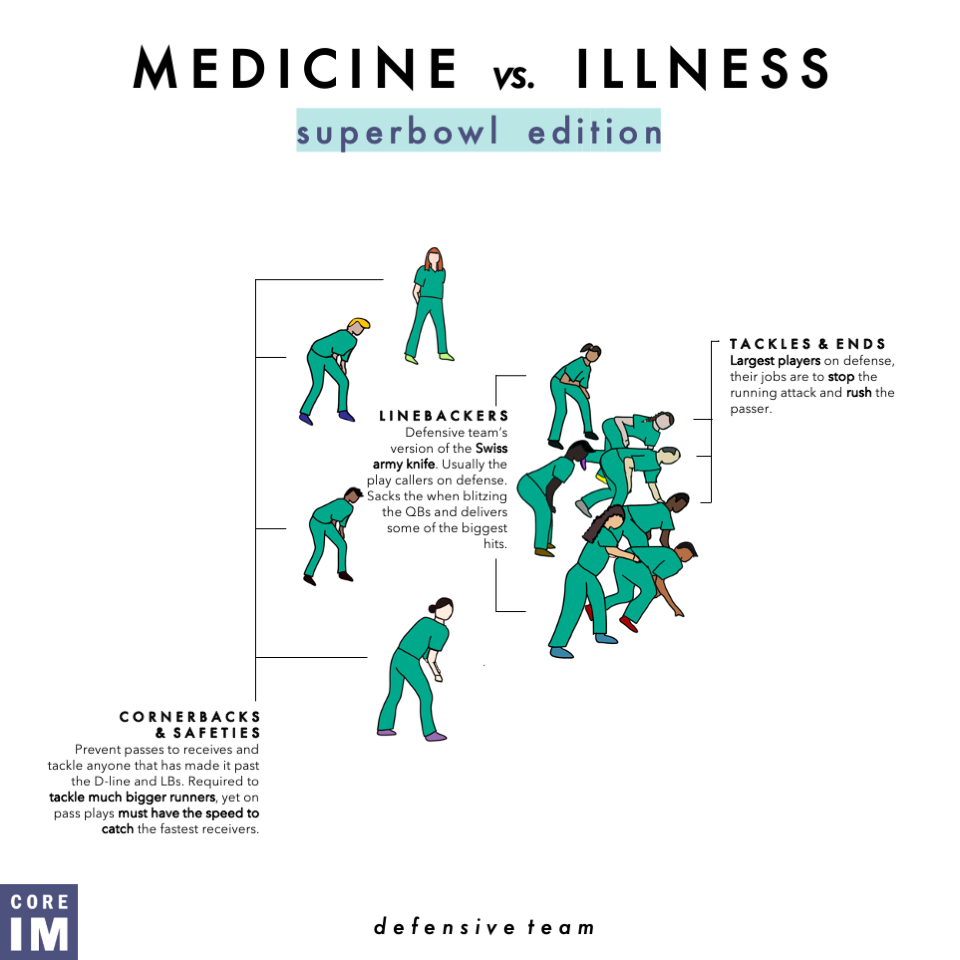 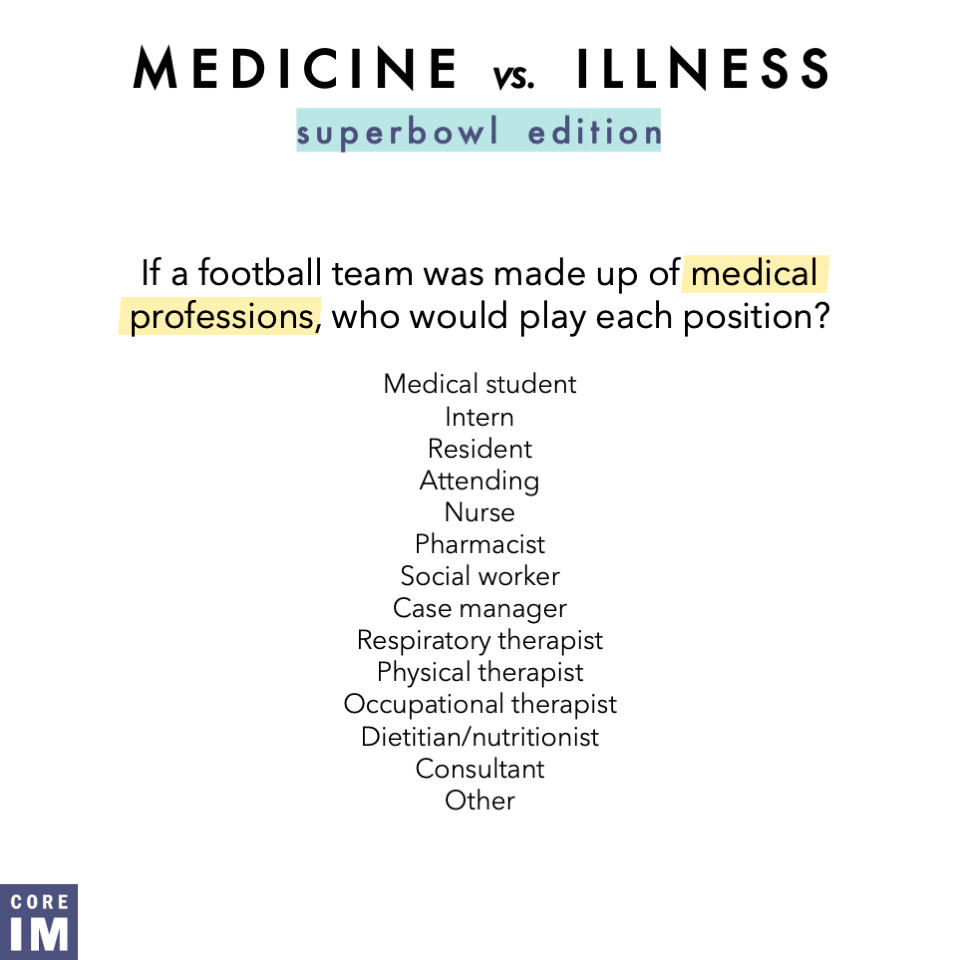 Slide 1: Medicine vs. Illness. Superbowl edition. Offensive team. Tight end. Receives and blocks. Because of the extra blocking, they add to the line, the side of their offense formation is called the “strong side.” The side without the tight end is called the “weak end.”

Full back. Acts as lead blocker for the half back or runs for short yardage situations. Also responsible for locking to protect the quarterback.

Quarter back. Person in charge, gives signals, hands the ball off, and throws passes.

Half back. The “Swiss army knife” of the team. Primarily runs the ball but can also act as receiver or blocker.

Wide receiver. Outruns the defense to catch forward passes. Usually some of the team’s fastest receivers.

Center. Snaps the ball to the quarterback. Handles the ball on every play.

Guards and tackles. Form the offensive line, to block for and protect the quarterback and ball carriers.

Slide 2: Medicine vs. Illness. Superbowl edition. Defensive team. Cornerbacks and safeties. Prevent passes to receives and tackle anyone that has made it past the D-line and LBs. Required to tackle much bigger runners, yet on pass plays must have the speed to catch the fastest receivers.

Linebackers. defensive team’s version of the Swiss army knife. Usually the play callers on defense. Sacks the when blitzing the QBs and delivers some of the of the biggest hits.

Tackles and ends. Largest players on defense, their jobs are to stop the running attack and rush the passer.

Slide 3: Medicine vs. Illness. Superbowl edition. If a football team was made up of medical professions, who would play each position?