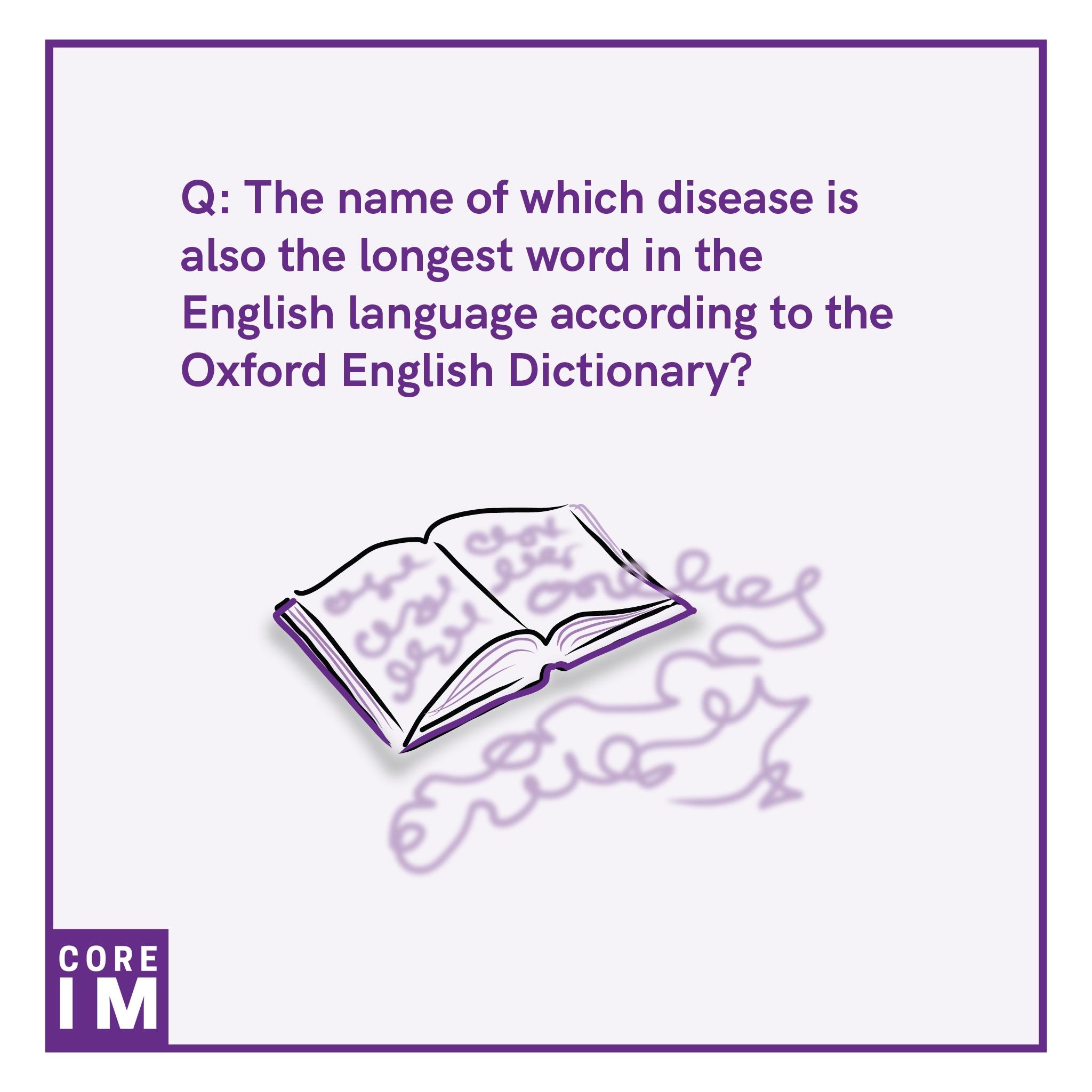 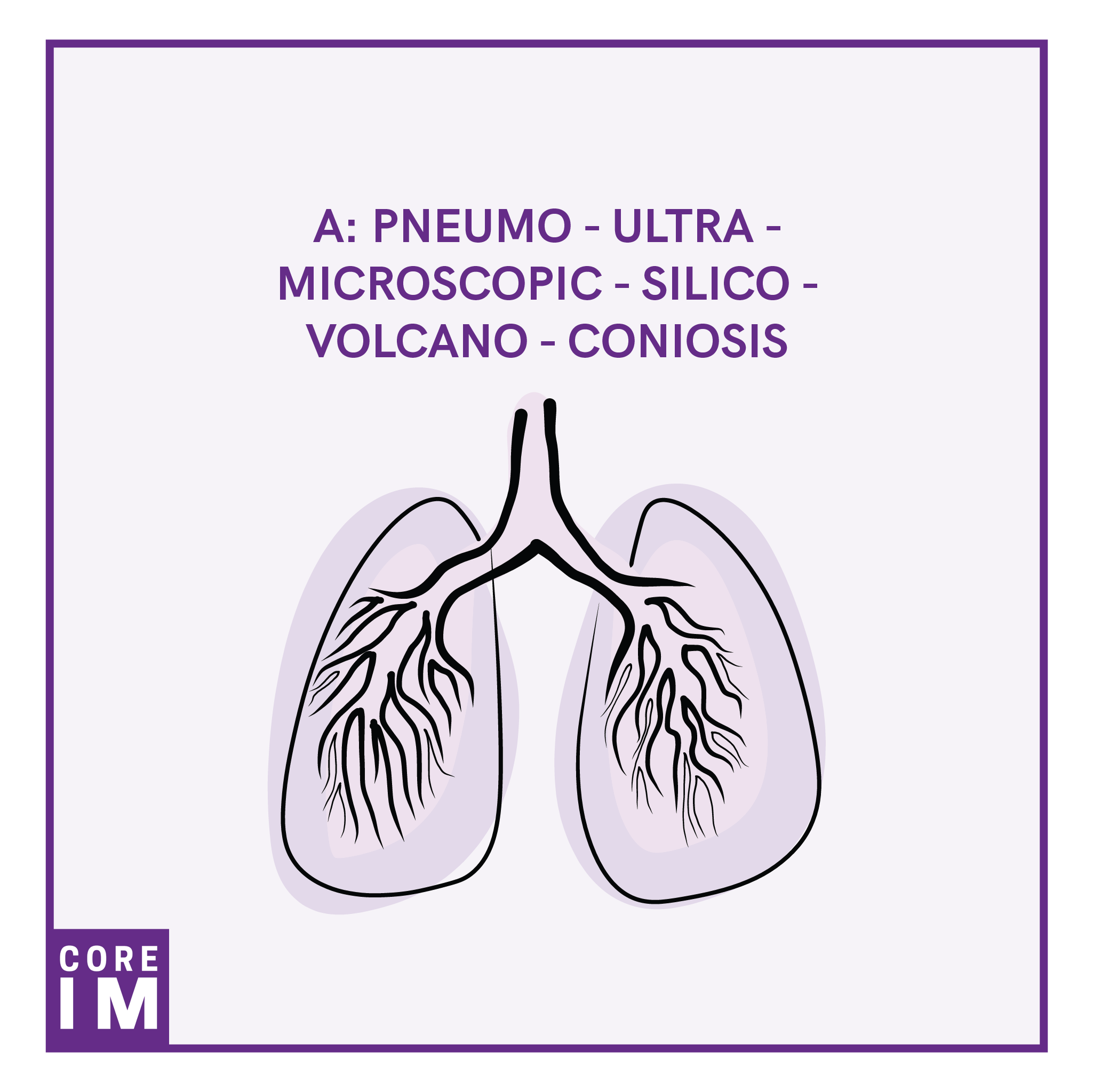 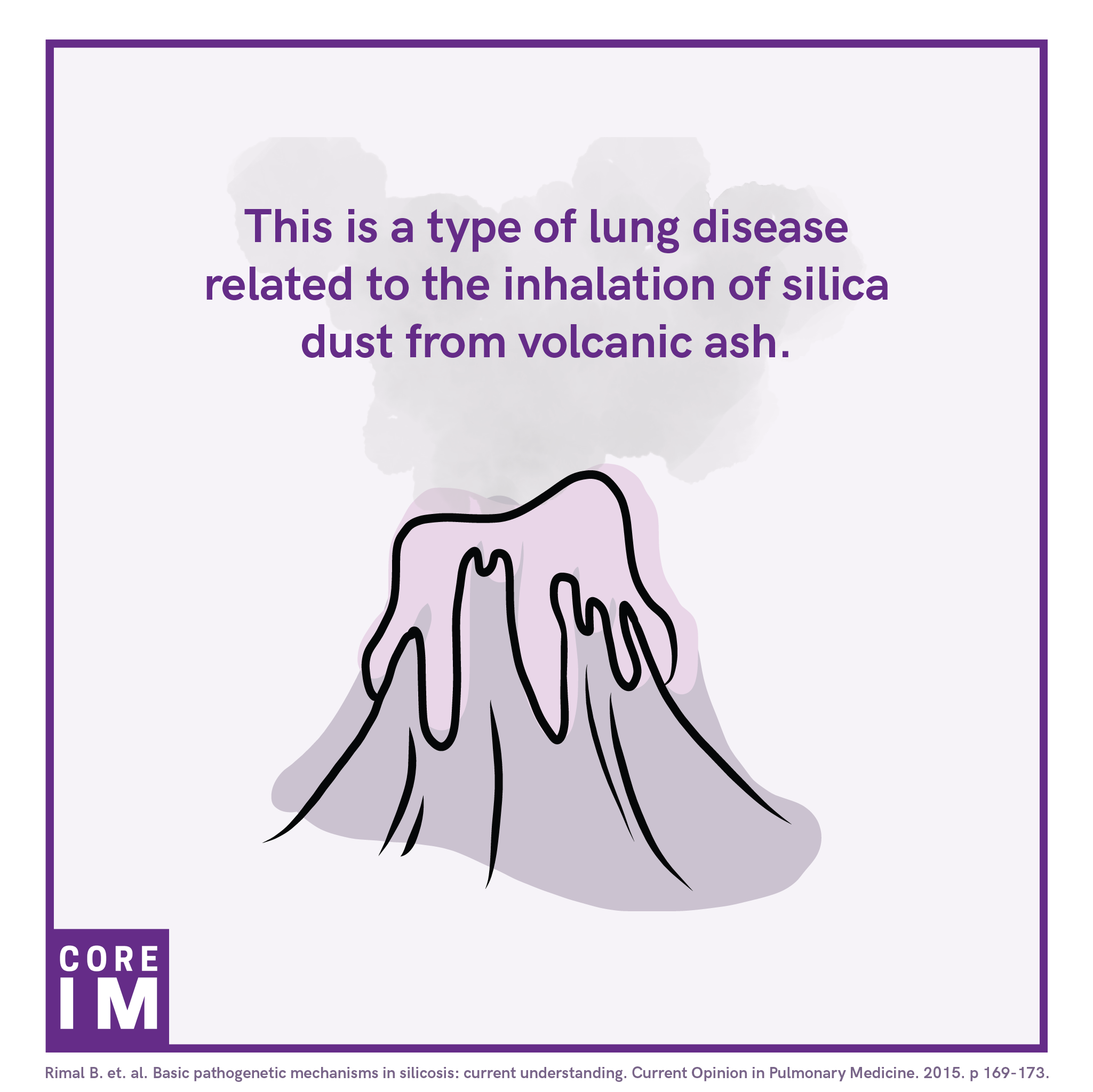 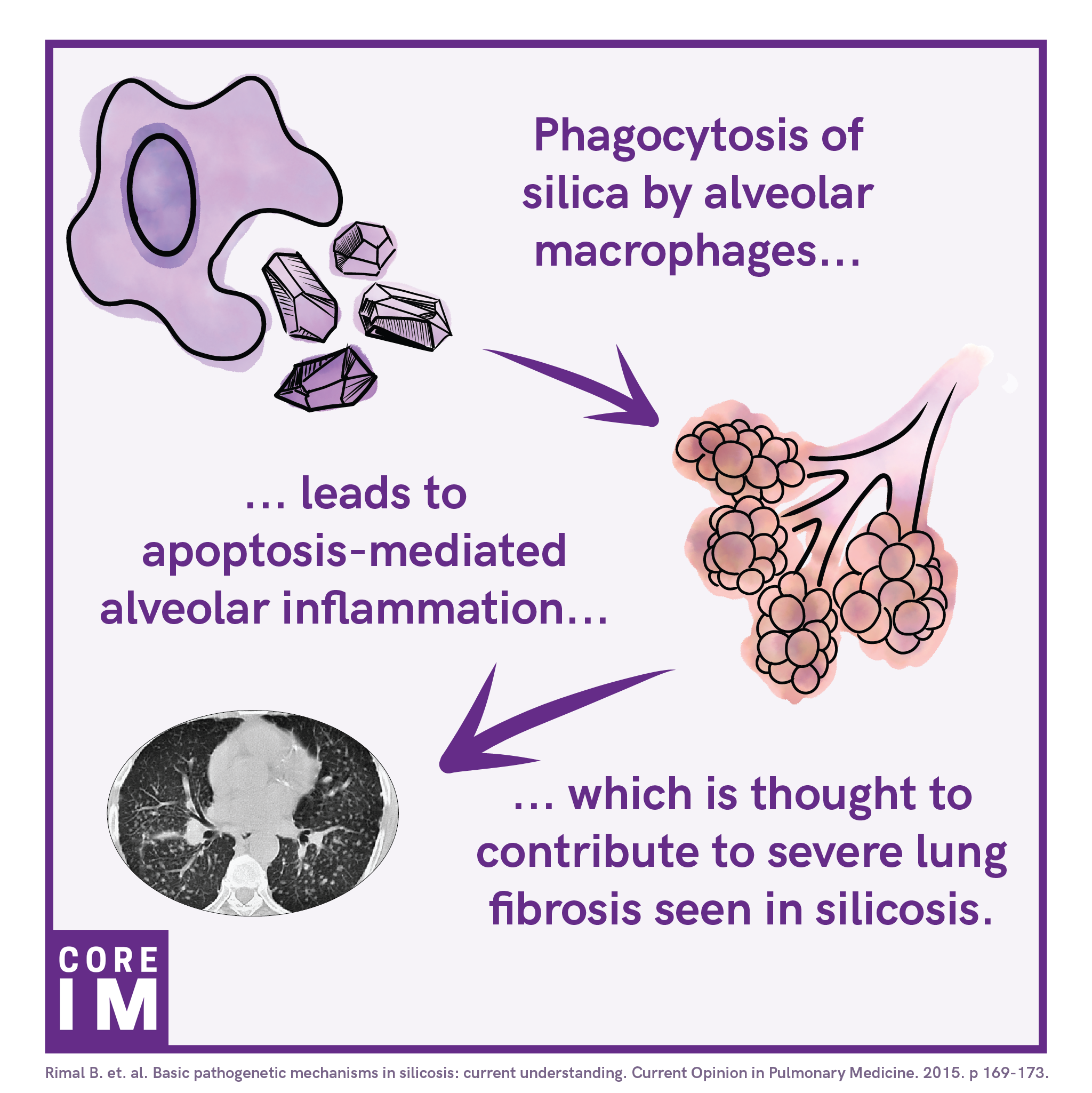 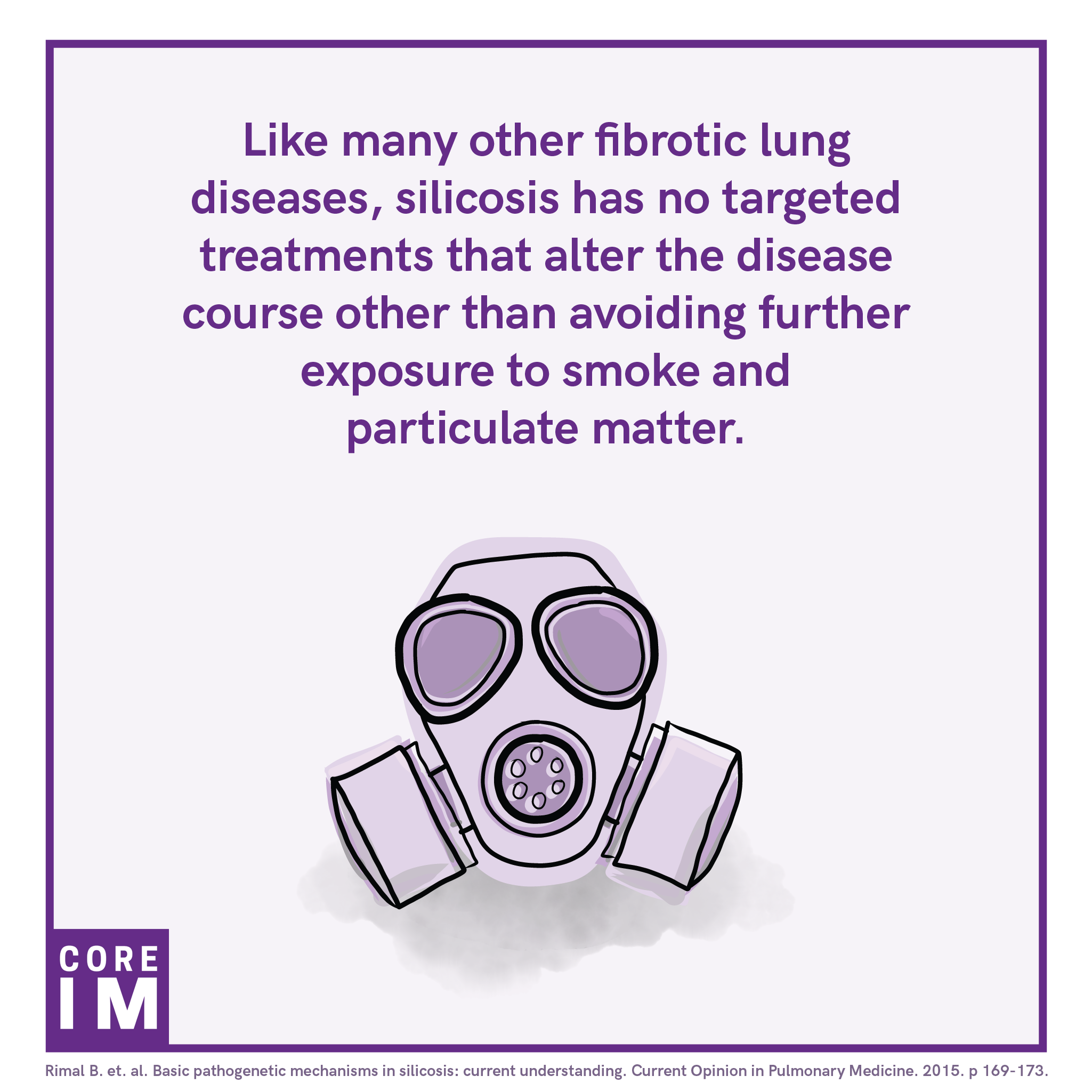 Slide 1: Question. The name of which disease is also the longest word in the English language according to Oxford English Dictionary?

Slide 3: This is a type of lung disease related to the inhalation of silica dust from volcanic ash.

Slide 4: Phagocytosis of silica by alveolar macrophages leads to apoptosis-mediated alveolar inflammation which is thought to contribute to severe lung fibrosis seen in silicosis.

Slide 5: Like many other fibrotic lung diseases, silicosis has no targeted treatments that alter the disease course other than avoiding further exposure to smoke and particulate matter.