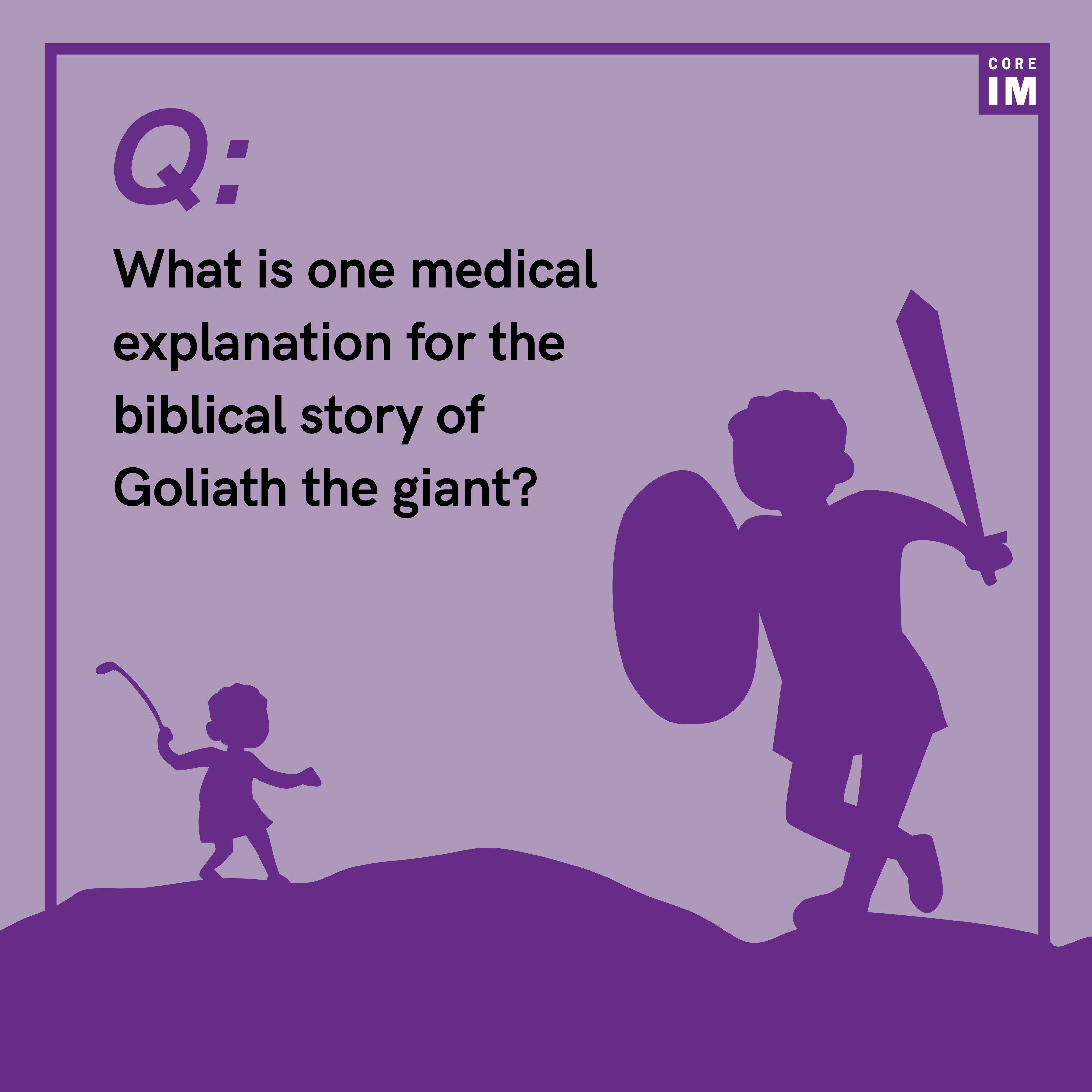 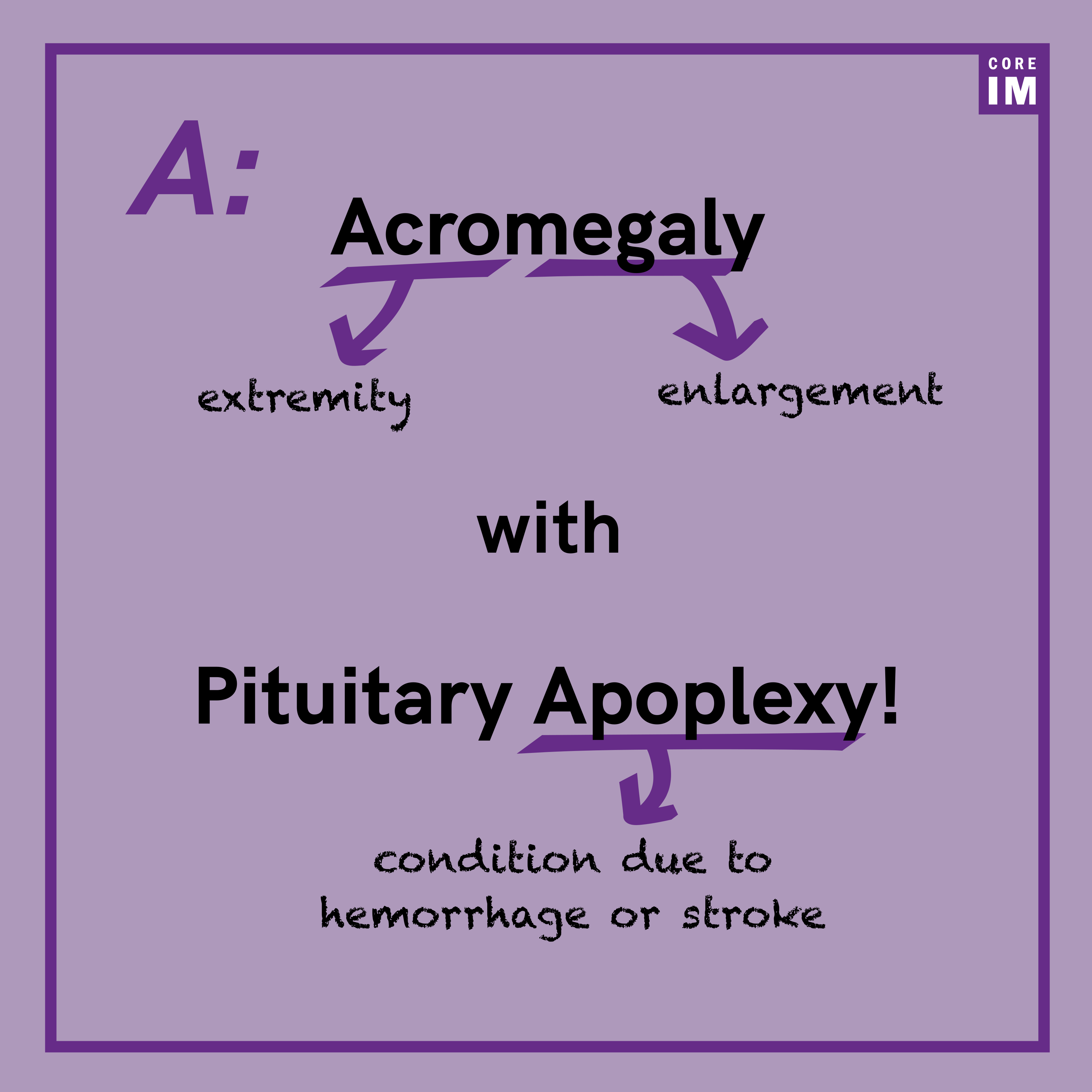 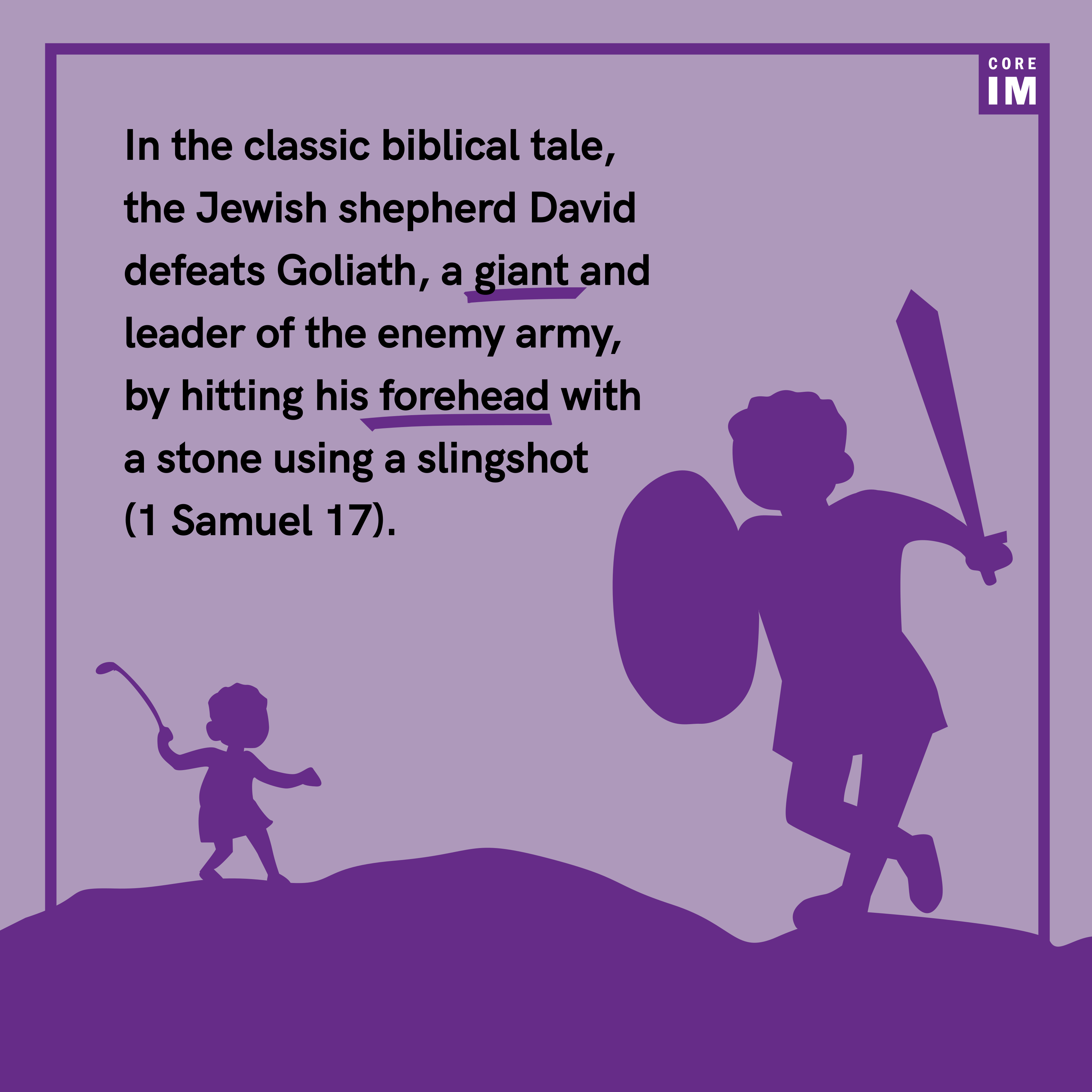 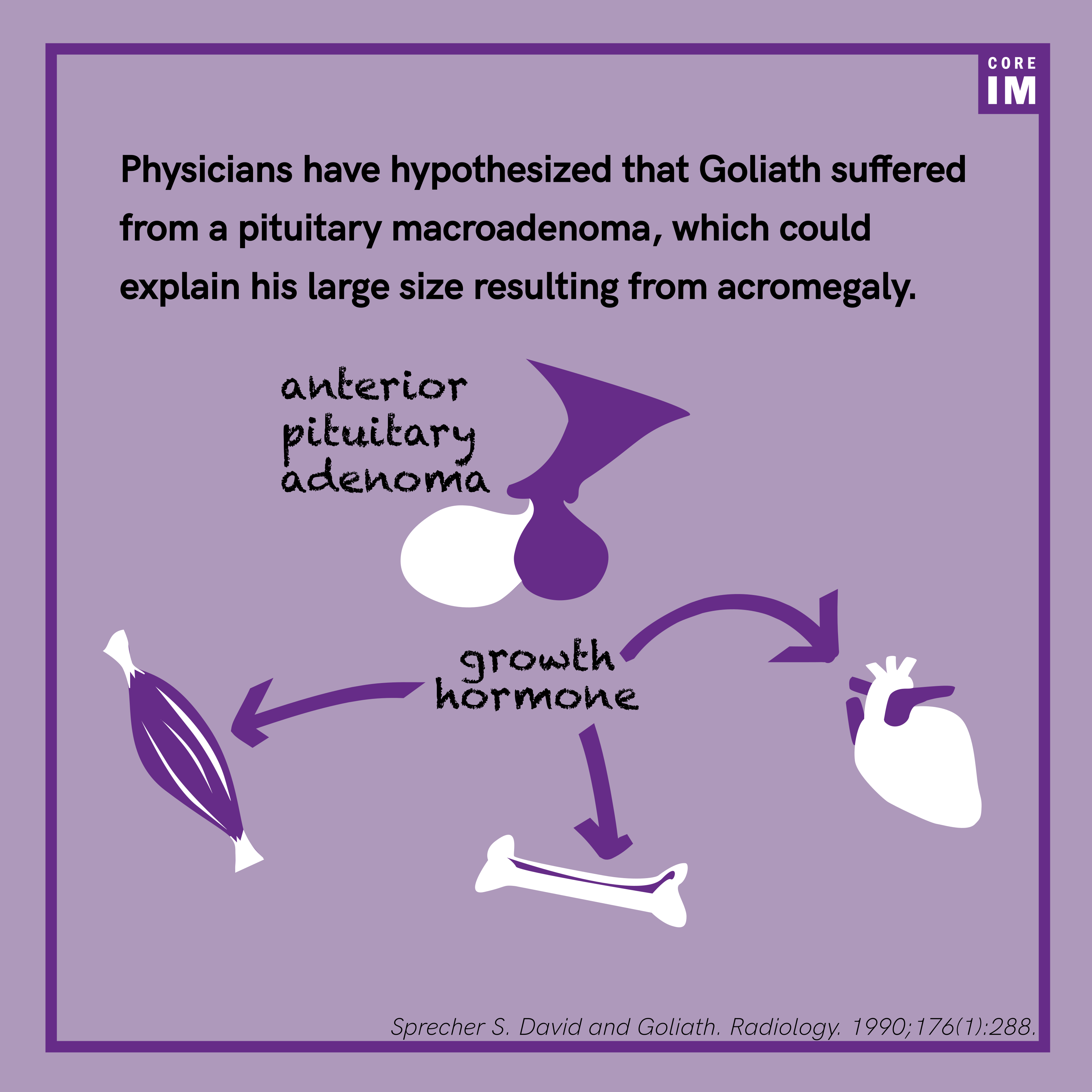 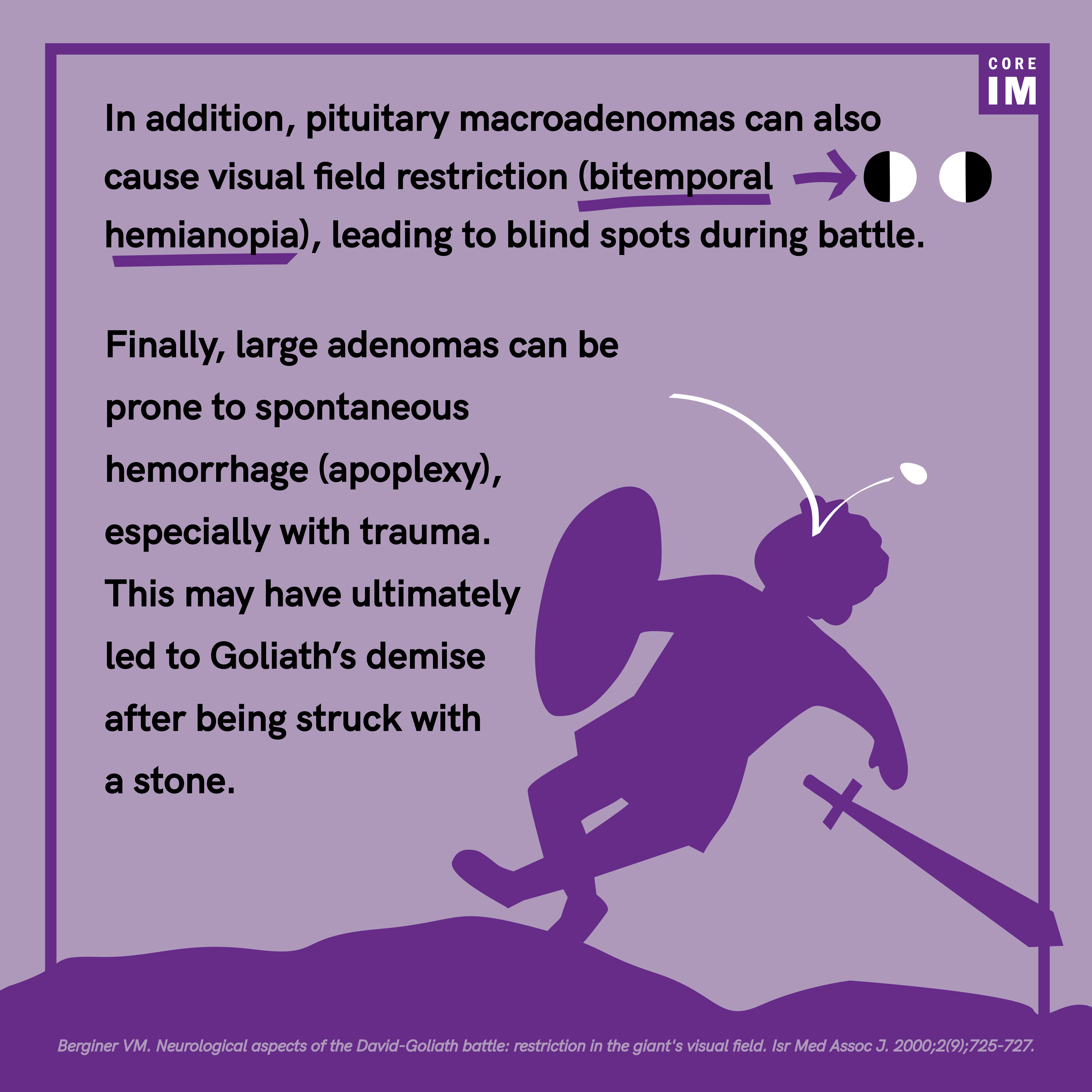 Slide 1: Question: What is one medical explanation for the biblical story of Goliath the giant?

Slide 3: In the classic biblical tale, the Jewish shepherd David defeats Goliath, a giant and leader of the enemy army, by hitting his forehead with a stone using a slingshot (1 Samuel 17).

Slide 4: Physicians have hypothesized that Goliath suffered from a pituitary macro-adenoma, which could explain his large size resulting from acromegaly. Graphic showing anterior pituitary adenoma leading to increased growth hormone effecting the muscle, bone, and heart.

Slide 5: In addition, pituitary macro-adenomas can also cause visual field restriction (bi-temporal hemianopia), leading to blind spots during battle. Finally, large adenomas can be prone to spontaneous hemorrhage (apoplexy), especially with trauma. This may have ultimately led to Goliath’s demise after being struck with a stone.

2 comments on “Goliath the Giant”