Back to Top
Byte Stats With Core IM 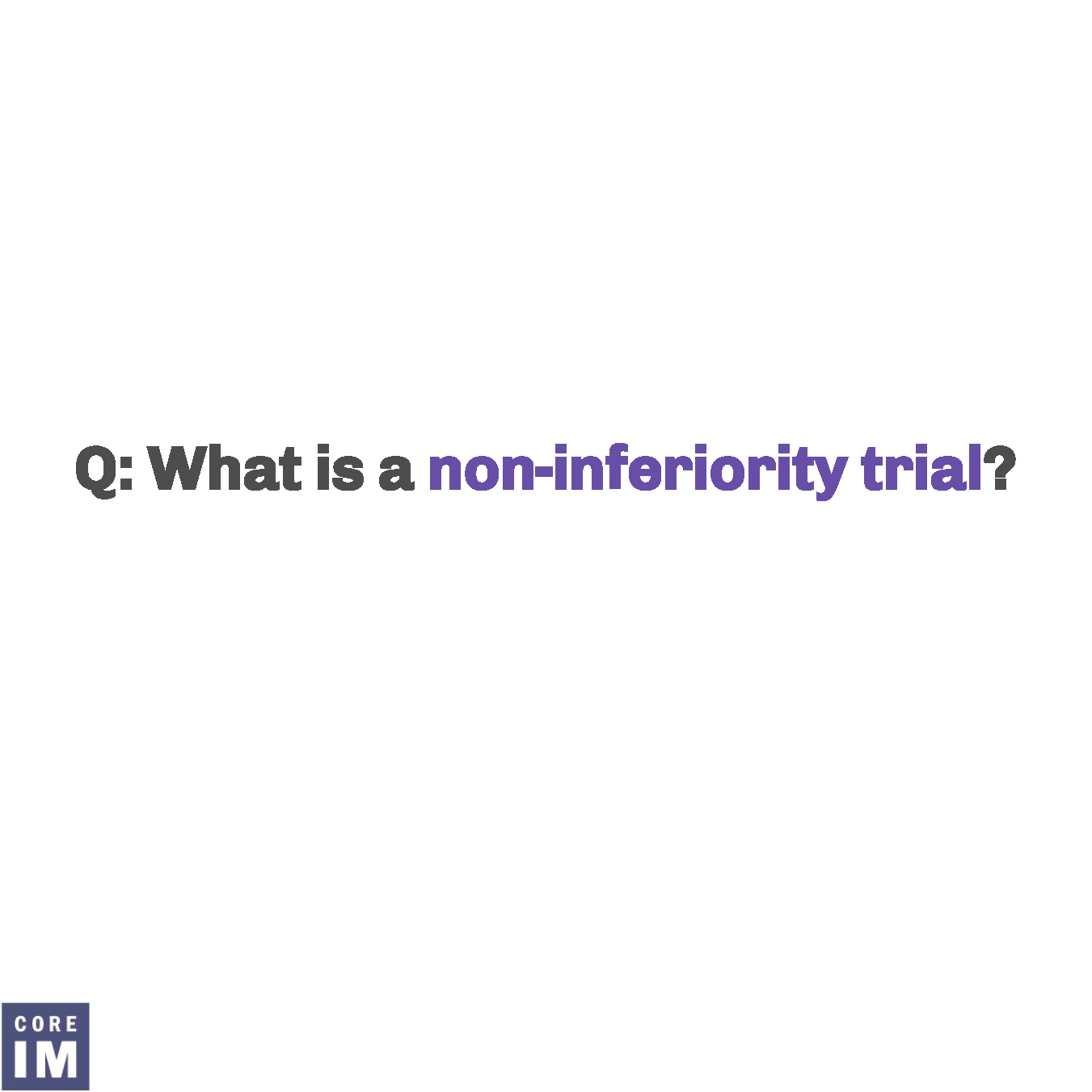 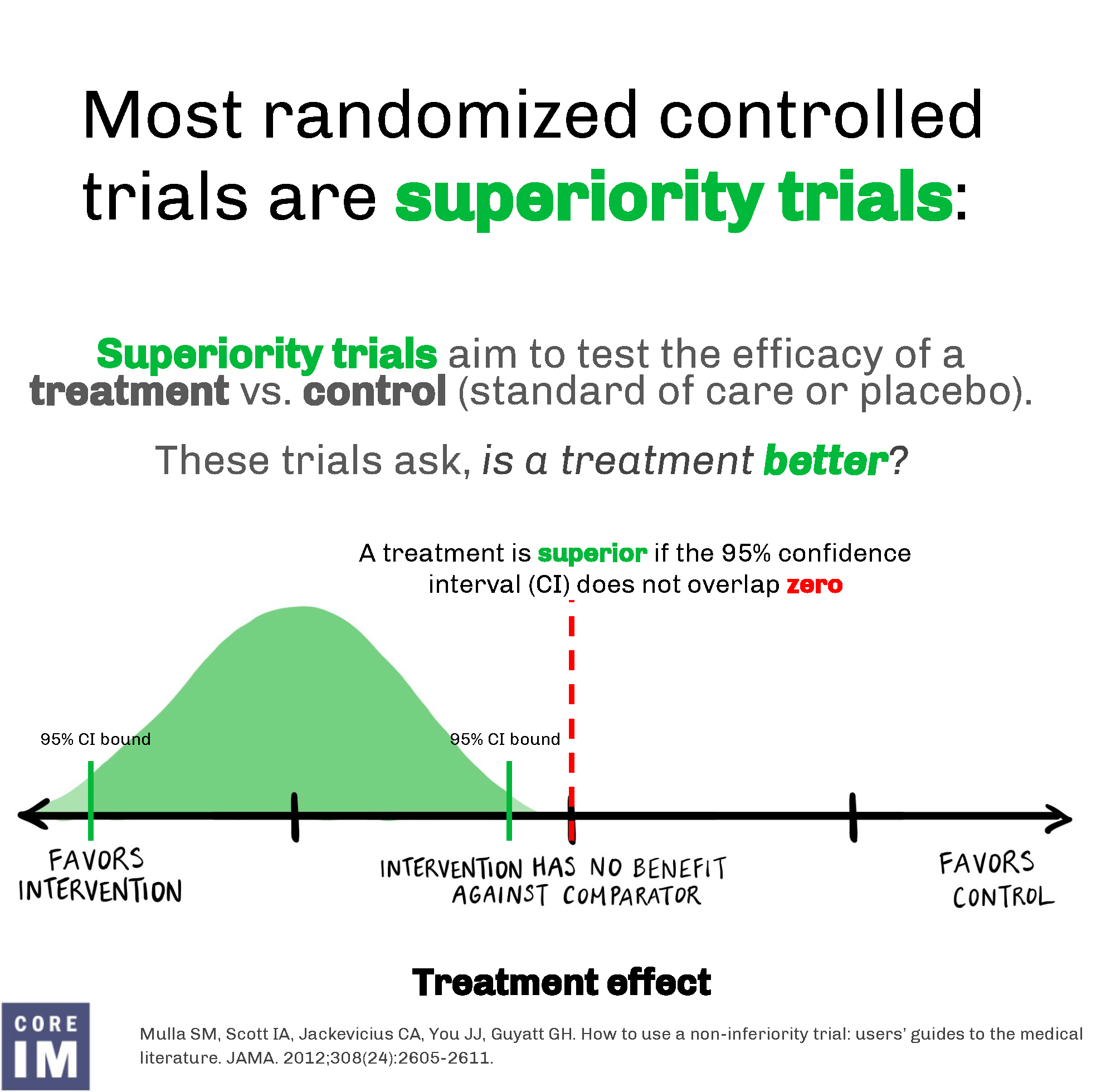 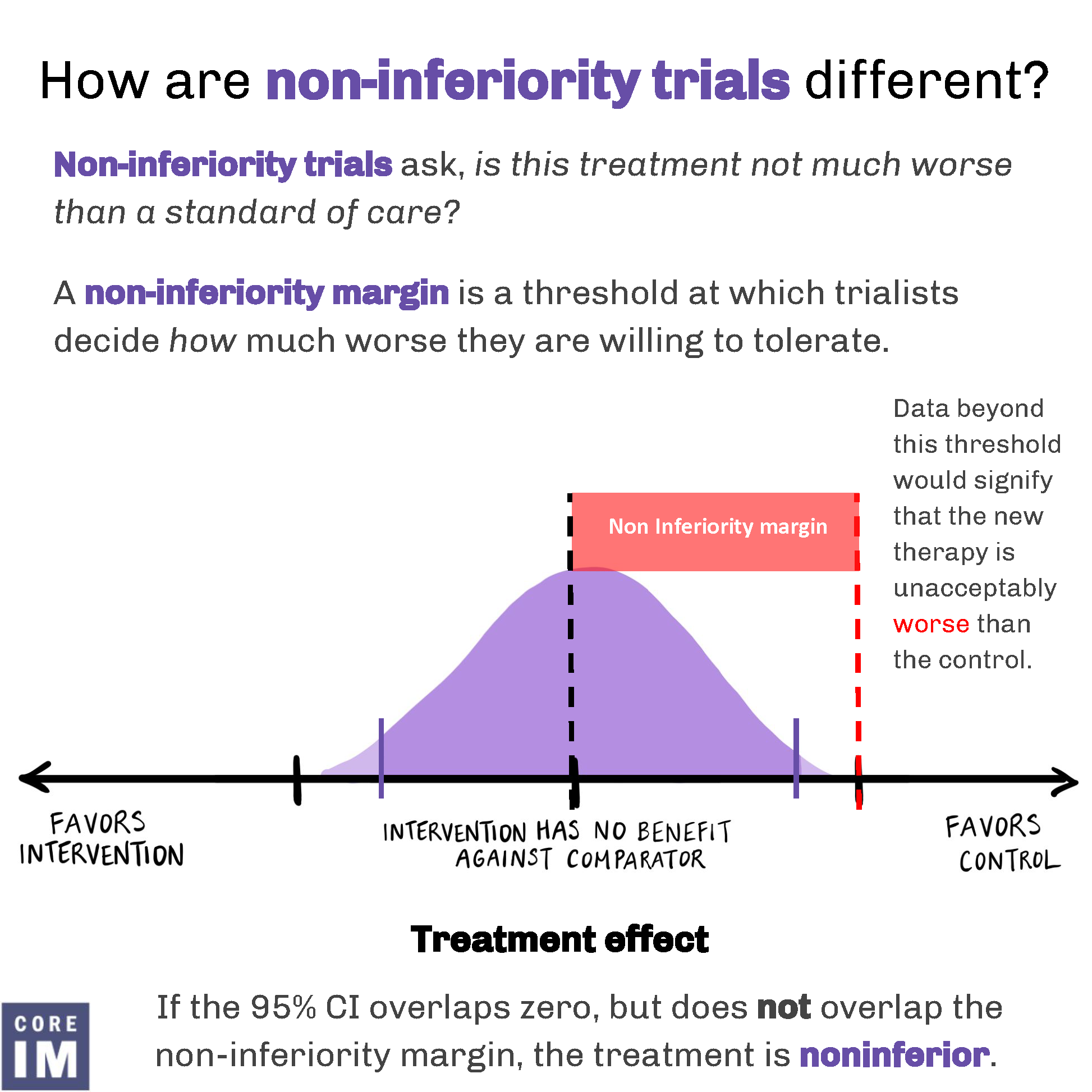 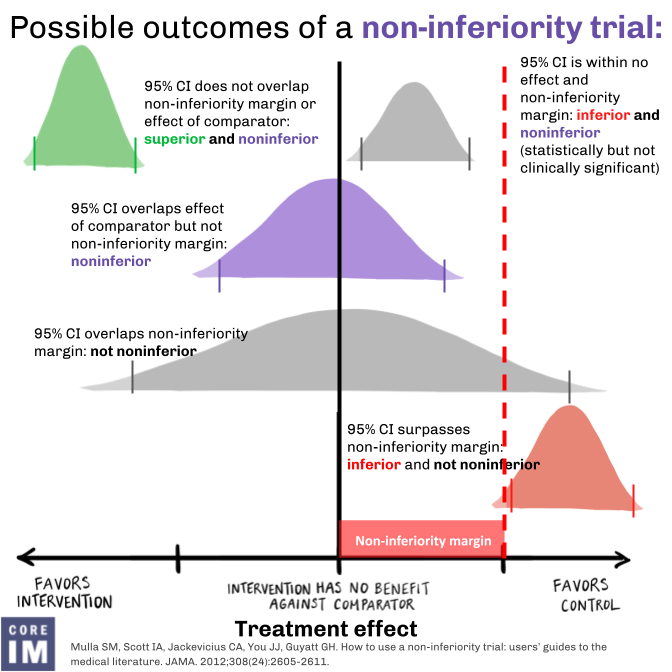 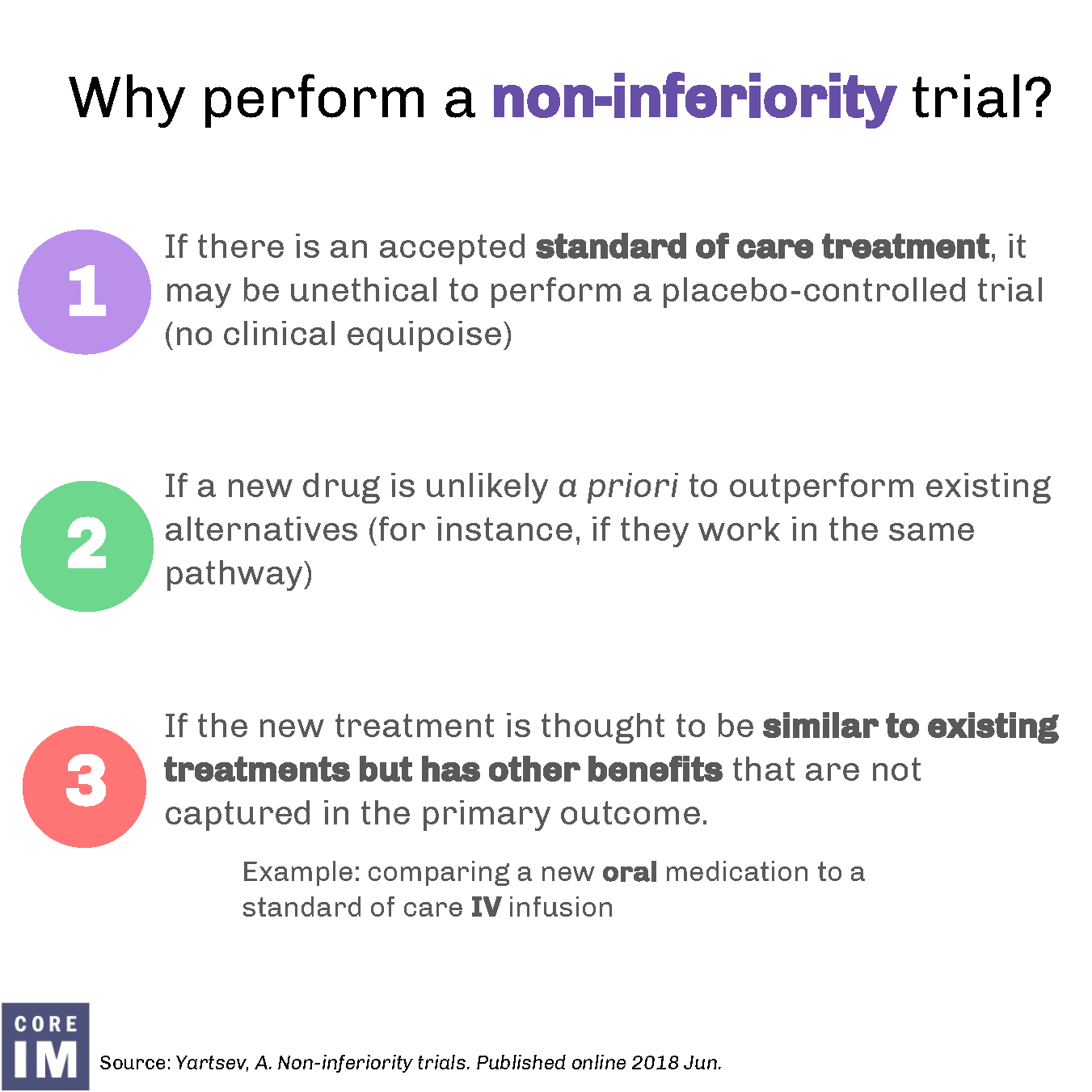 Slide 1: What is a non-inferiority trial?

Graphic showing a treatment is superior if the 95% confidence interval (CI) does not overlap zero.

A non-inferiority margin is a threshold at which trialists decide how much worse they are willing to tolerate.

Graphic showing data beyond this threshold would signify that the new therapy is unacceptably worse than the control.

95% CI overlaps effect of comparator but not non-interiority margin: non-inferior

Slide 5: Why preform a non-inferiority trial?

One. If there is an accepted standard of care treatment, it may be unethical to preform a placebo-controlled trial (no clinical equipoise)

Two. If a new drug is unlikely a priori to outperform existing alternatives (for instance, if they work in the same pathway)

Three. If the new treatment if thought to be similar to existing treatments but has other benefits that are not captured in the primary outcome.

Example: comparing a new oral medication to a standard of care IV infusion.