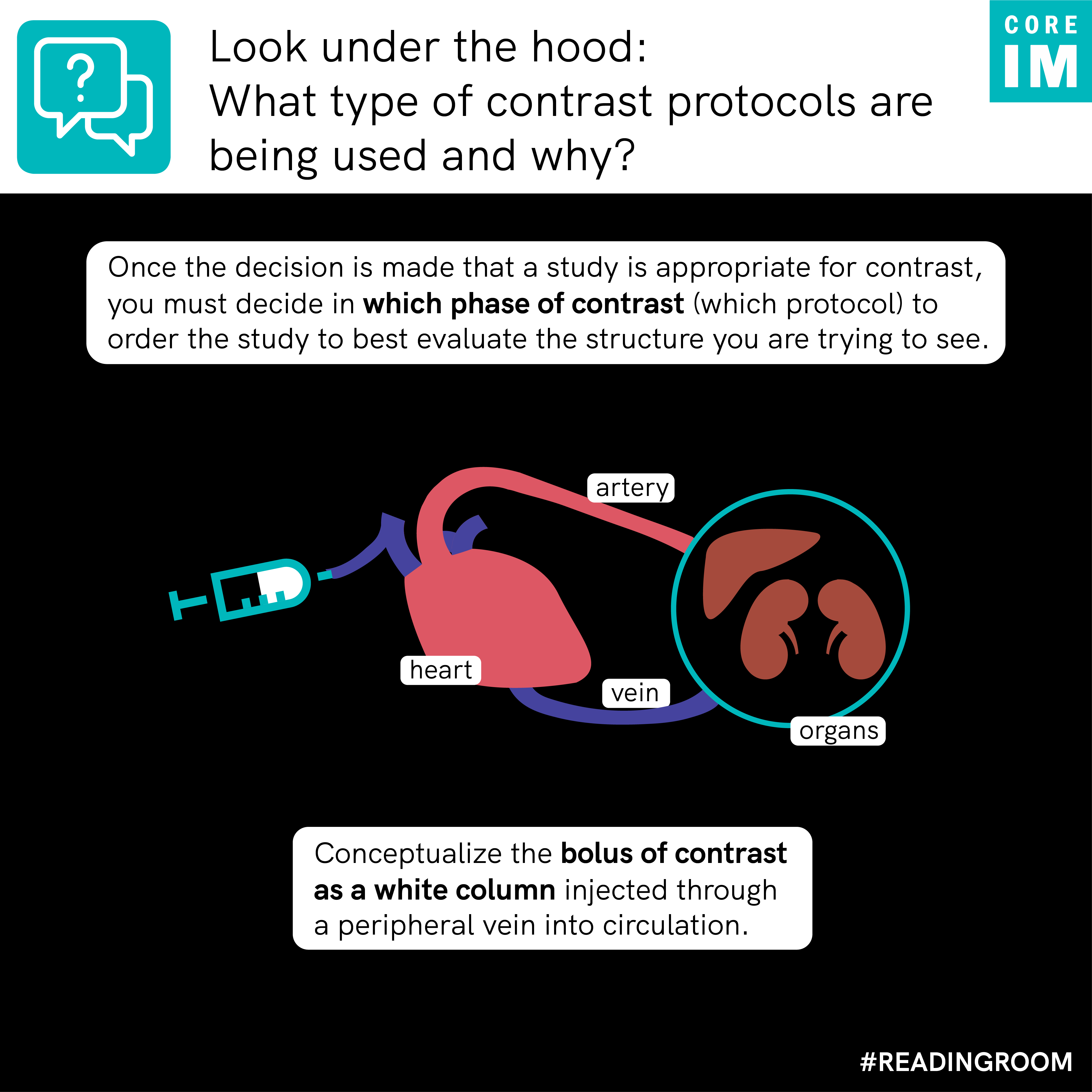 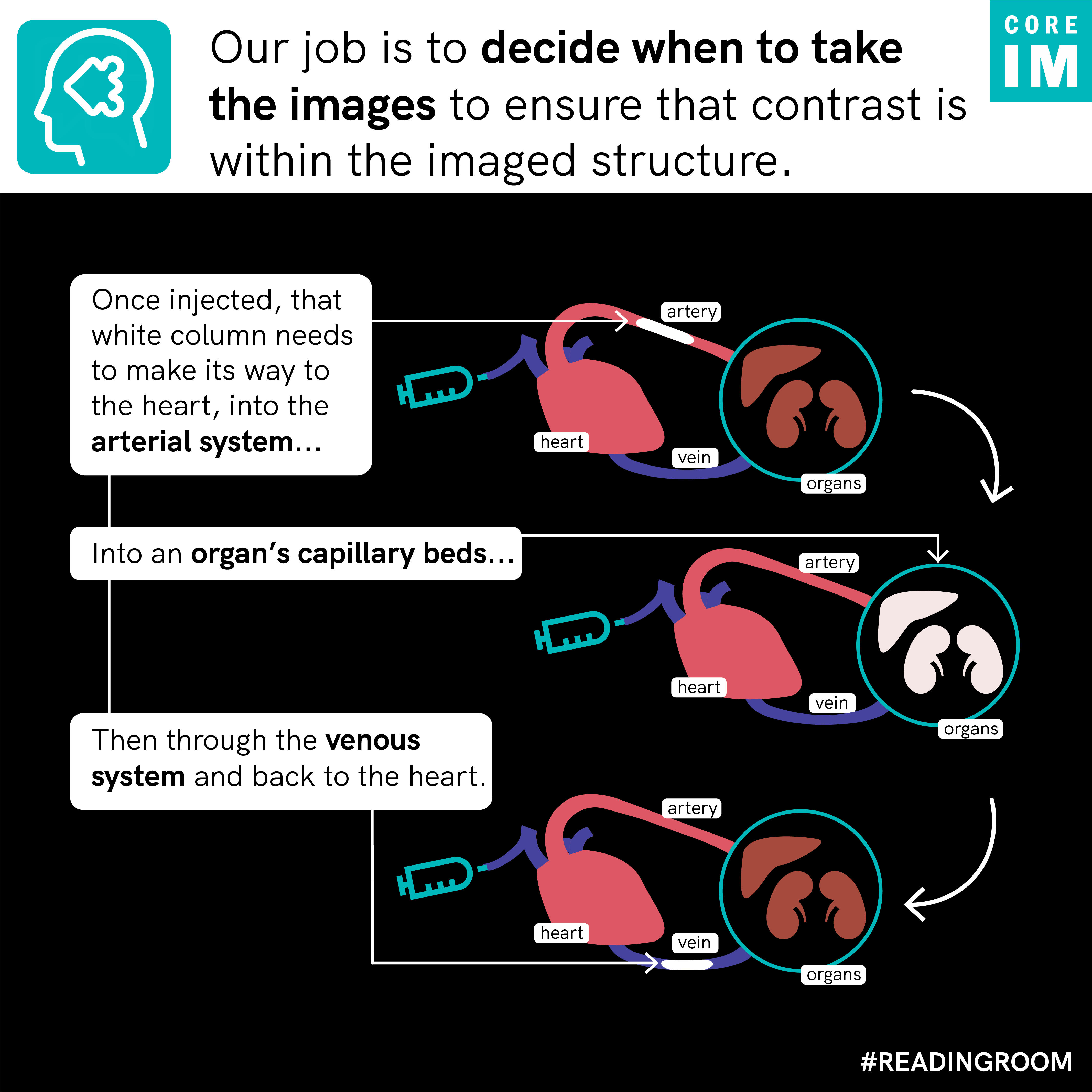 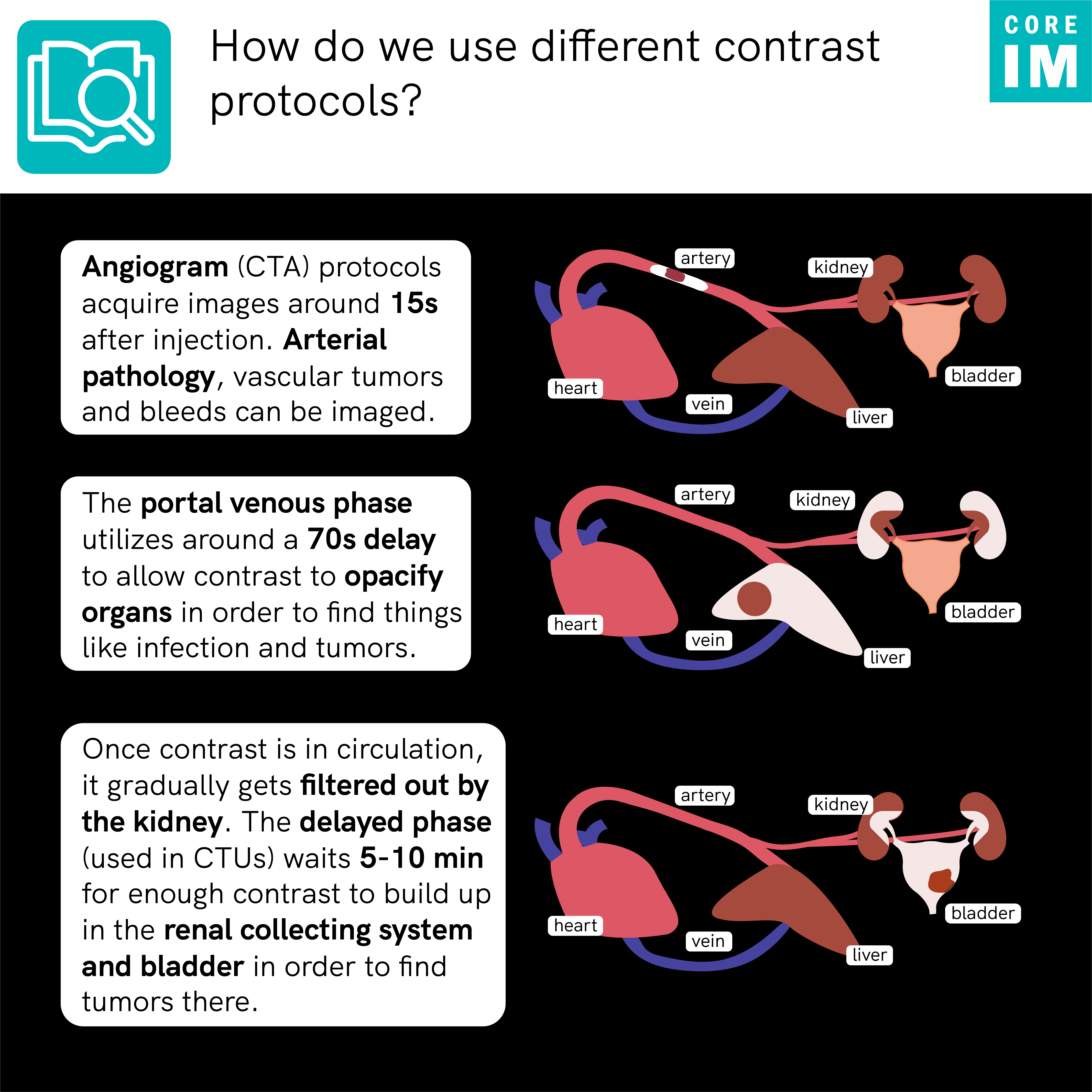 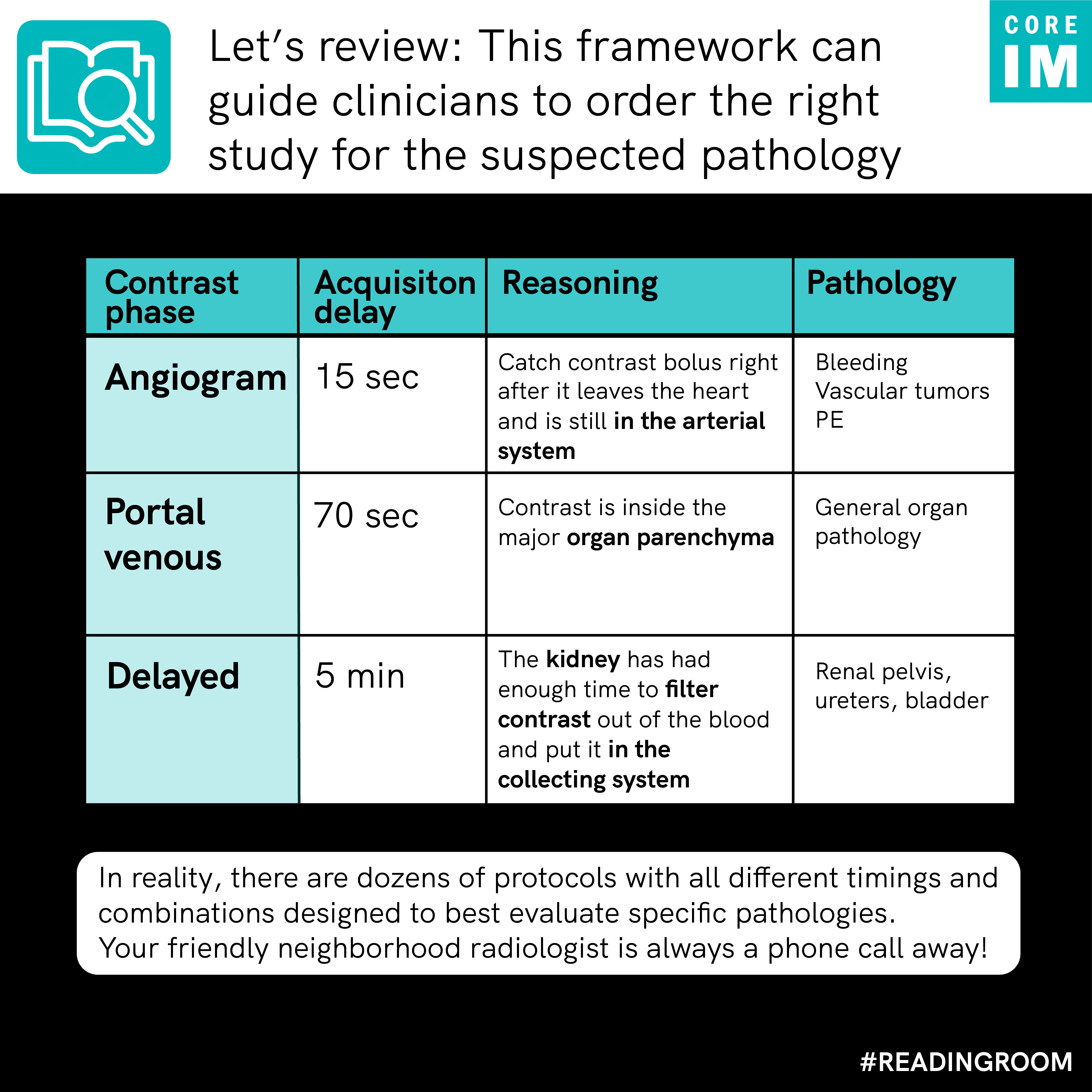 Slide 1: Look under the hood: What type of contrast protocols are being used and why? Once the decision is made that a study is appropriate for contrast, you must decide in which phase of contrast (which protocol) to order the study to best evaluate the structure you are trying to see.

Conceptualize the bolus of contrast as a white column injected through a peripheral vein into circulation.

Slide 2: Our job is to decide when to take the images to ensure that contrast is within the imaged structure. Once injected, that white column needs to make its way to the heart, intro the arterial system…into an organ’s capillary beds…then through the venous system and back to the heart.

Slide 3: How do we use different contrast protocols? Angiogram (CTA) protocols acquire images around 15s after injection. Arterial pathology, vascular tumors and bleeds can be imaged.

The portal venous phase utilizes around a 70s delay to allow contrast to opacify organs in order to find things like infection and tumors.

Once contrast is in circulation, it gradually gets filtered out by the kidney. The delayed phase (used in CTUs) waits 5-10 min for enough contrast to build up in the renal collecting system and bladder in order to find tumors there.

Slide 4: Let’s review: This framework can guide clinicians to order the right study for the suspected pathology. Contrast phase. Angiogram. Acquisition delay. 15 sec. Reasoning. Catch contrast bolus right after it leaves the heart and is still in the arterial system. Pathology. Bleeding, vascular tumors, and PE.

Contrast phase. Delayed. Acquisition delay. 5 min. Reasoning. The kidney has had enough time to filter contrast out of the blood and put it in the collecting system. Pathology. Renal, pelvis, ureters, and bladder.

In reality, there are dozens of protocols with all different timings and combinations designed to best evaluate specific pathologies. Your friendly neighborhood radiology is always a phone call away!