Which patient has a pathologic ventriculomegaly? 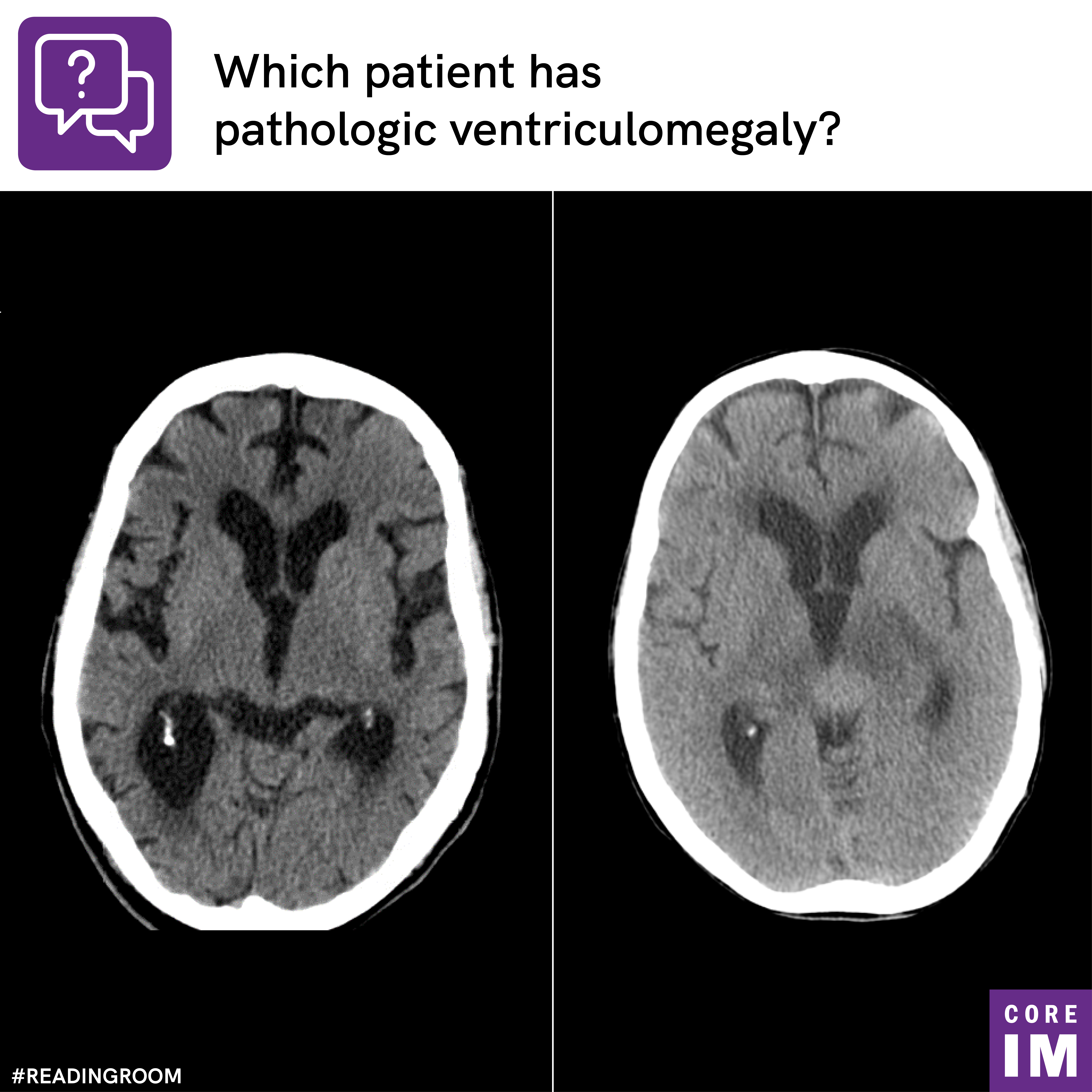 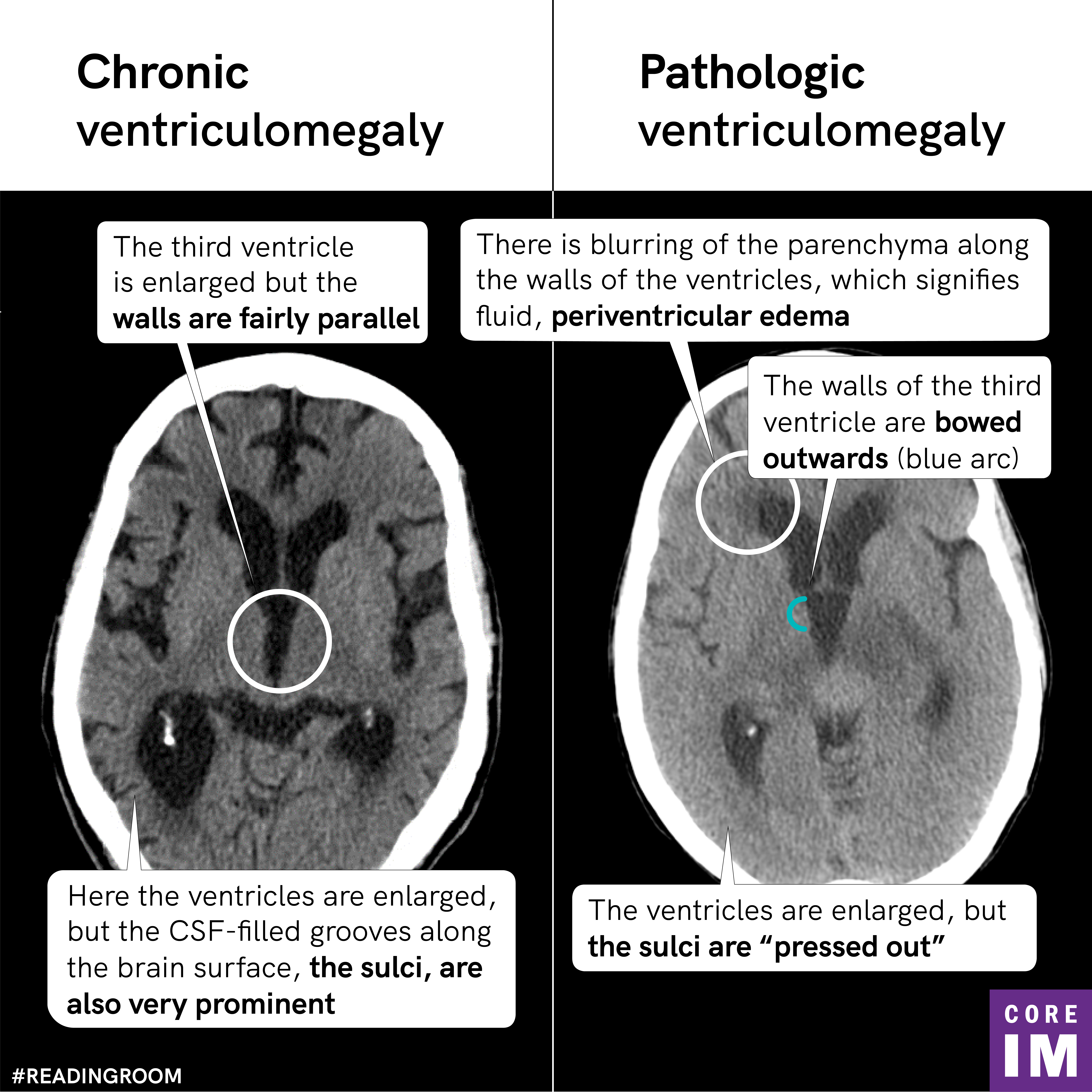 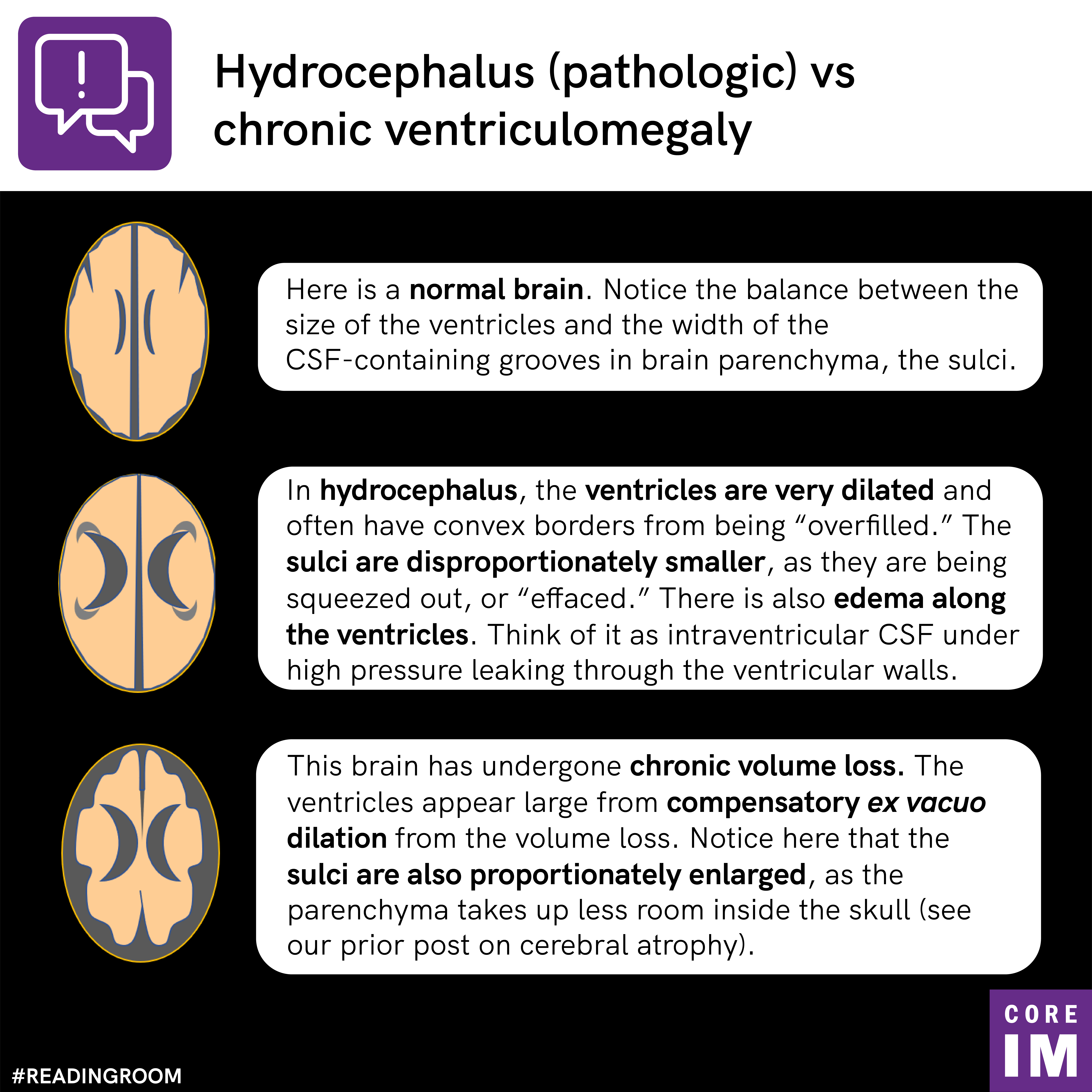 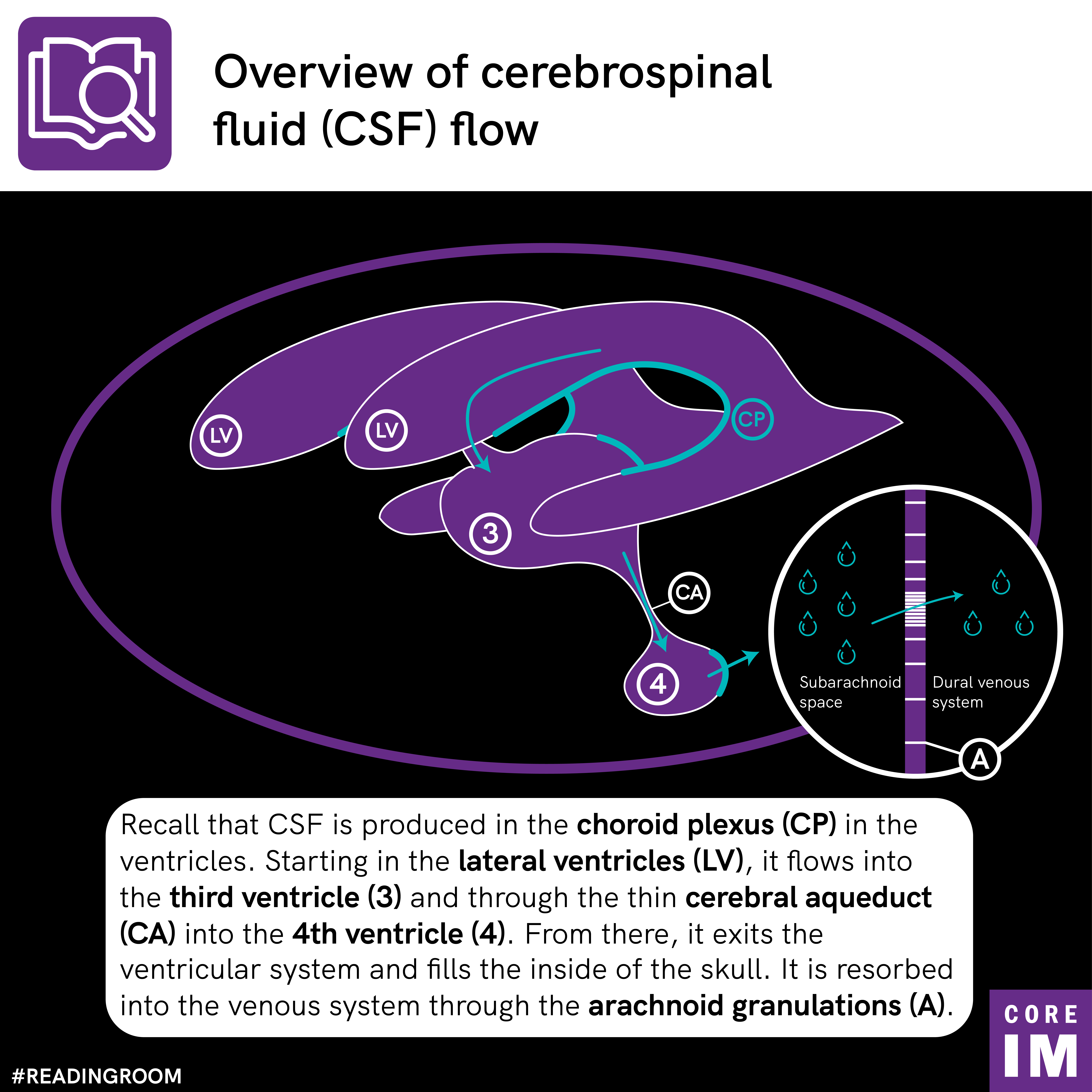 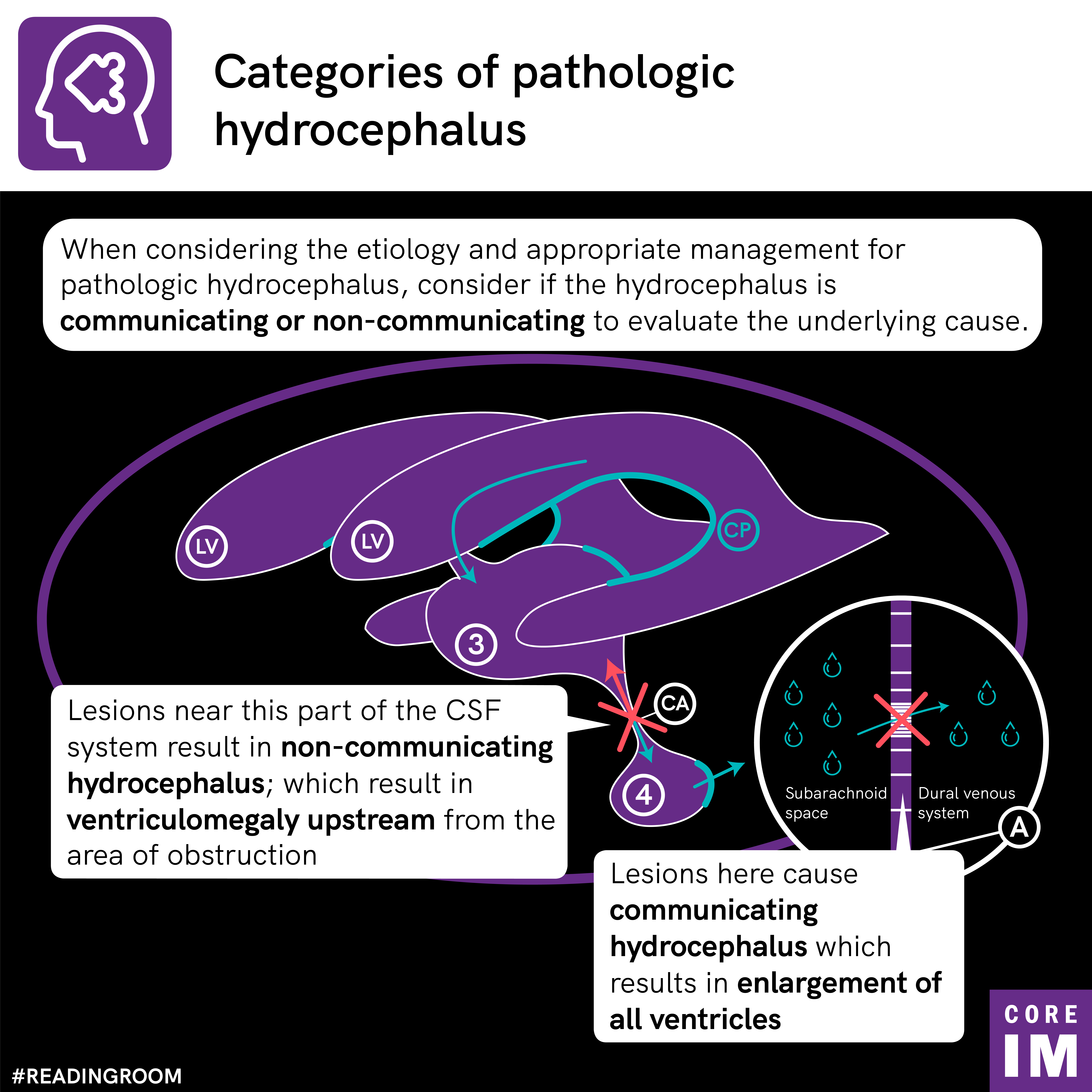 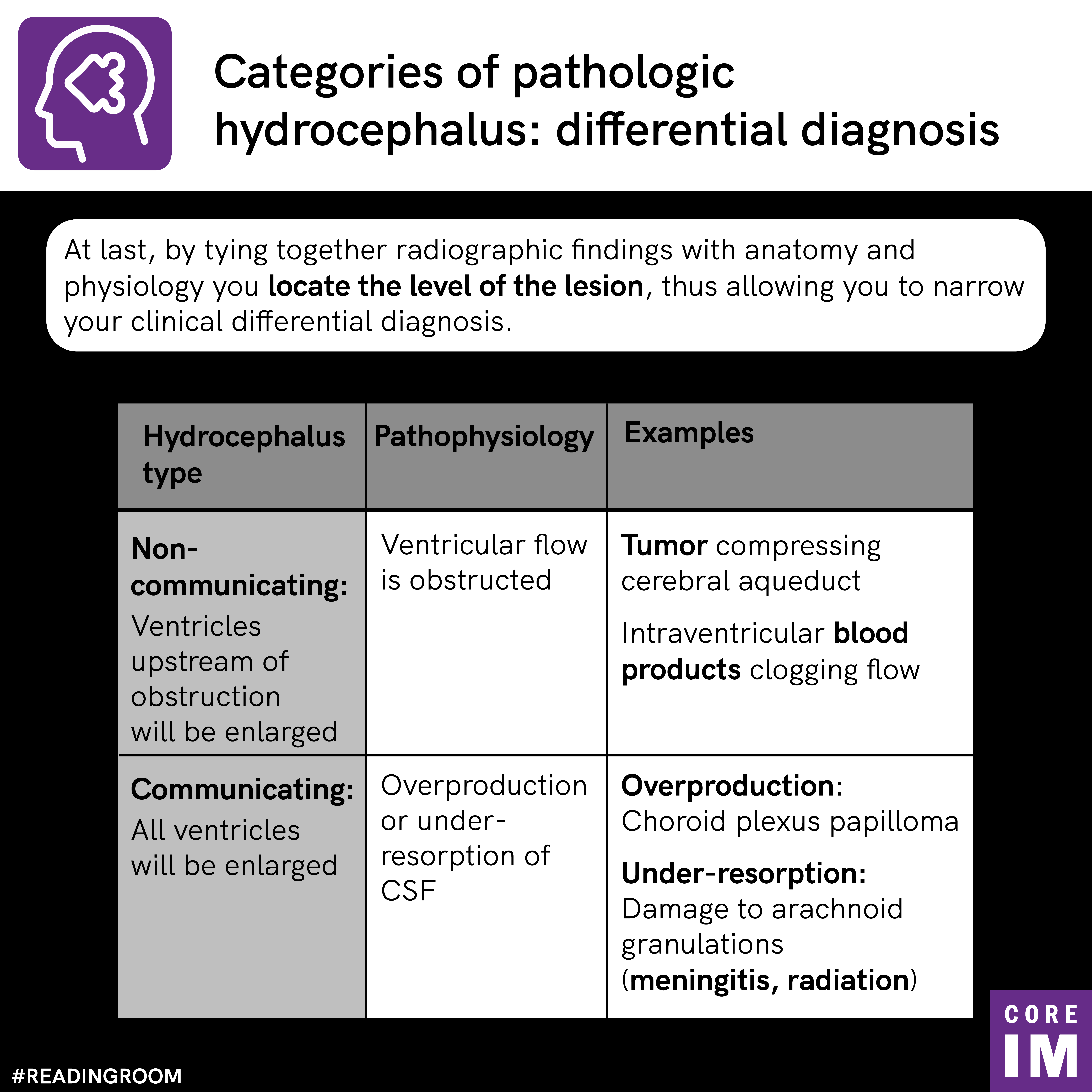 Slide 1: Which patient has pathologic ventriculomegaly? Two CT scans of the head are shown.

Slide 2: CT scan on the left: Chronic ventriculomegaly. The third ventricle is enlarged but the walls are fairly parallel. Here the ventricles are enlarged, but the CSF-filled grooves along the brain surface, the sulci, are also very prominent.

CT scan on the right: Pathologic ventriculomegaly. There is blurring of the parenchyma along the walls of the ventricles, which signifies fluid, periventricular edema. The walls of the third ventricle are bowed outwards (blue arc). The ventricles are enlarged, but the sulci are “pressed out.”

Here is a normal brain. Notice the balance between the size of the ventricles and the width of the CSF-containing grooves in brain parenchyma, the sulci.

In hydrocephalus, the ventricles are very dilated and often have convex borders from bring “overfilled.” The sulci are disproportionately smaller, as they are being squeezed out, or “effaced.” There is also edema along the ventricles. Think of it as intra-ventricular CSF under high pressure leaking through the ventricular walls.

This brain has undergone chronic volume loss. The ventricles appear large from compensatory ex vacuo dilation from the volume loss. Notice here that the sulci are also proportionately enlarged, as the parenchyma takes up less room inside the skill (see our prior post on cerebral atrophy).

Slide 4: Overview of cerebrospinal fluid (CSF) flow. Graphic of brain ventricles depicting the flow of CSF. Recall that CSF is produced in the choroid plexus (CP) in the ventricles. Starting in the lateral ventricles (LV), it flows into the third ventricle and through the thin cerebral aqueduct into the fourth ventricle. From there, it exists the ventricular system and fills the inside of the skull. It is resorbed into the venous system through the arachnoid granulations.

2 comments on “Which patient has a pathologic ventriculomegaly?”